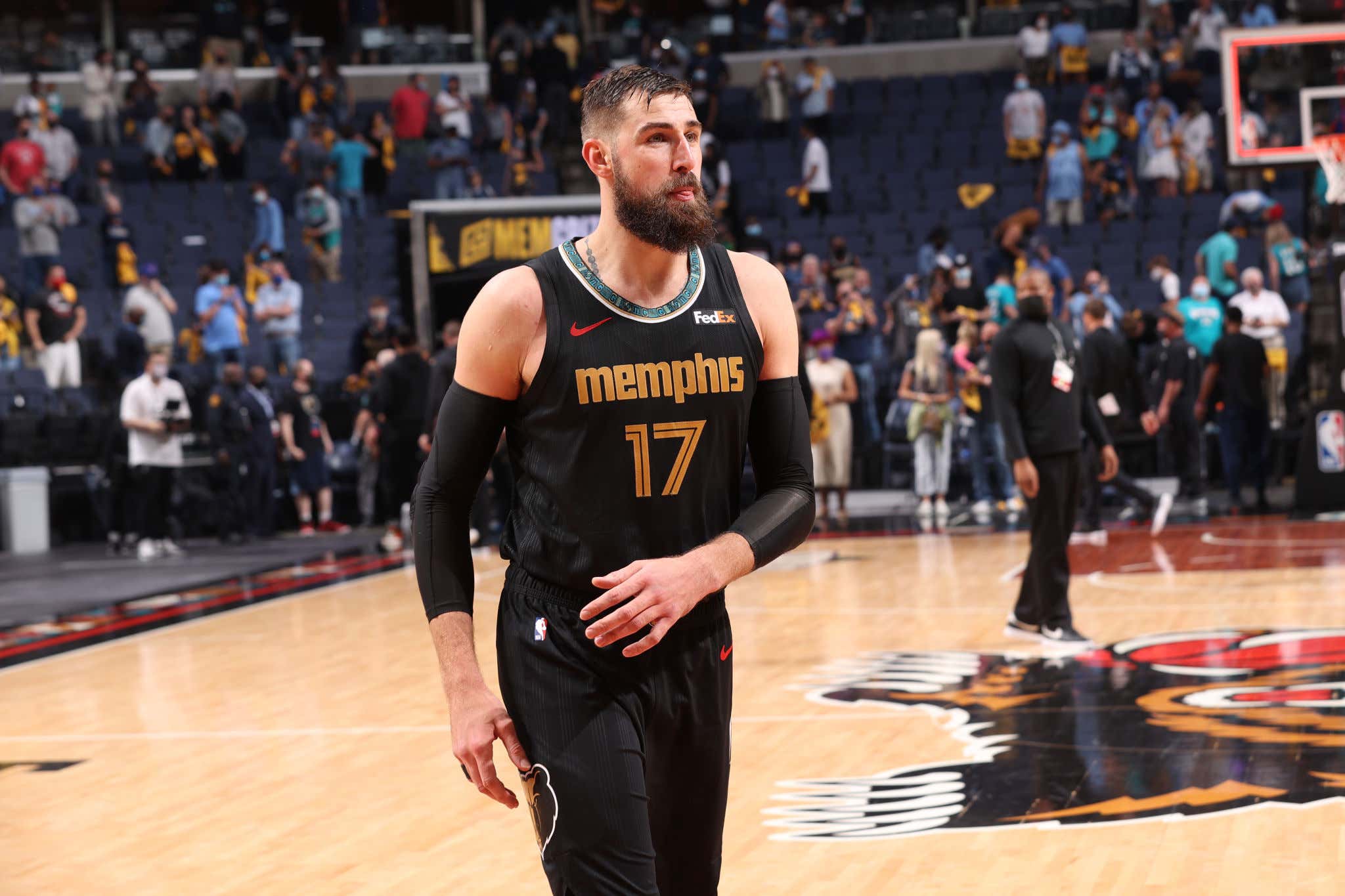 With the NBA Draft just days away, you better get ready for more trade speculation/actual trades to fill your timelines. We are in prime posturing season where you'll see everything under the sun when it comes to trade rumors. Now the floodgates are open with this MEM/NO trade which honestly we've had an idea was coming. We knew the Pelicans were willing to trade down in order to get off of Eric Bledsoe's deal, and now that the final details are in let's have a look

My initial takeaway is this is a pretty good move for David Griffin to get out of not just one, but two of his bad deals. If that costs you some additional draft capital so be it because you have one goal in mind. Keep Zion happy. By bringing in JV he has a player who was actually pretty damn good in MEM and is a much better floor spacer from the center position than Adams was. That space will help Zion. Additionally, it allows them to have the money to either keep Lonzo or bring in Lowry. JV and Lowry have experience together from their Toronto days so that makes sense.

On the Memphis side, they must really love someone at the 10 spot to be willing to take on that salary, but it's important to note that Bledsoe's deal is only partially guaranteed next season. There are rumors that they are in on Josh Giddey at 10, but you only make this move if you're looking at a player that you truly did not think would be there at 17. If you can add a pick 11-30 in next year's draft as well, I guess it makes sense. The tough part if JV was a great fit in Memphis and looked like he really loved it there. They took on an additional $35M by making this trade, so you have to hope it works out for them. The good news is they've been absolute nails at the draft in certain years, and who knows they can always use that extra collateral to flip for NBA ready assets.

I'm a little concerned about potential spacing issues they might have for Ja when Adams is on the court, but maybe his summer workouts will translate to the regular season

This is one of those rare deals where both sides get something that makes them better. The Grizzlies getting 10/40/protected 1st are good tools to have as they continue their rebuild, and the Pelicans get off bad money and bring in a player that should help immediately while also giving them flexibility to fill a hole on their current roster.

There's nothing like NBA trade season, and you know things are only going to heat up between now and Thursday. Buckle up.