You thought this guy was punched into next week? 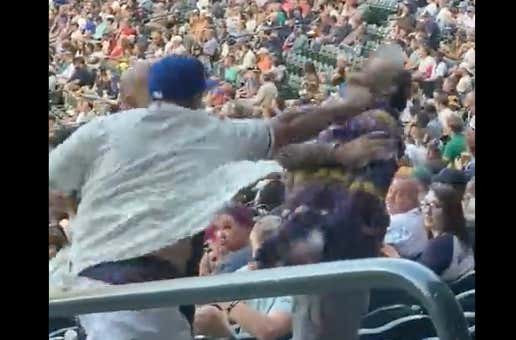 Well, think again. Because this man wanted the business. Came back for seconds like he was at the Golden Corral and they just put down a new tray of macaroni and cheese 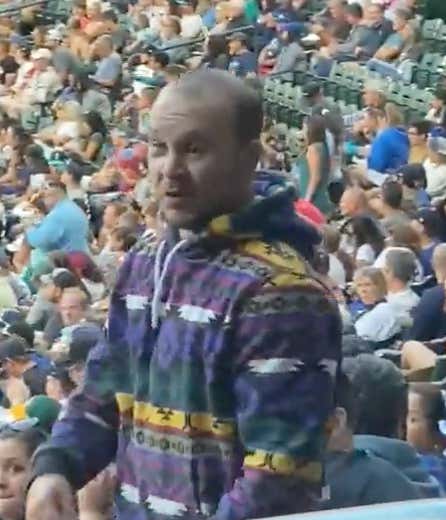 And he stayed taunting him walking up the stairs. Just an absolutely heroic showing. 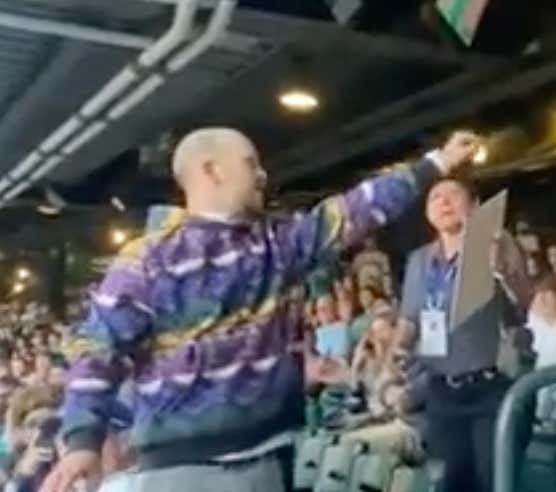 "Suns In 4" might get all the headlines, but Purple Hoodie Guy relentlessly talking shit while getting punched in the face and shaking it off like it was a light breeze is my crowd fight MVP. The talking shit while walking up the stairs clinched it for me. And the fact he seemingly stayed at the game while they took the other dude away. That's a major victory as well. He might be icing his face a bit today, probably doesn't even remember this happened, but the video will last forever.

Plus, the entire crowd was watching it go down:

Besides Beth, she dgaf.