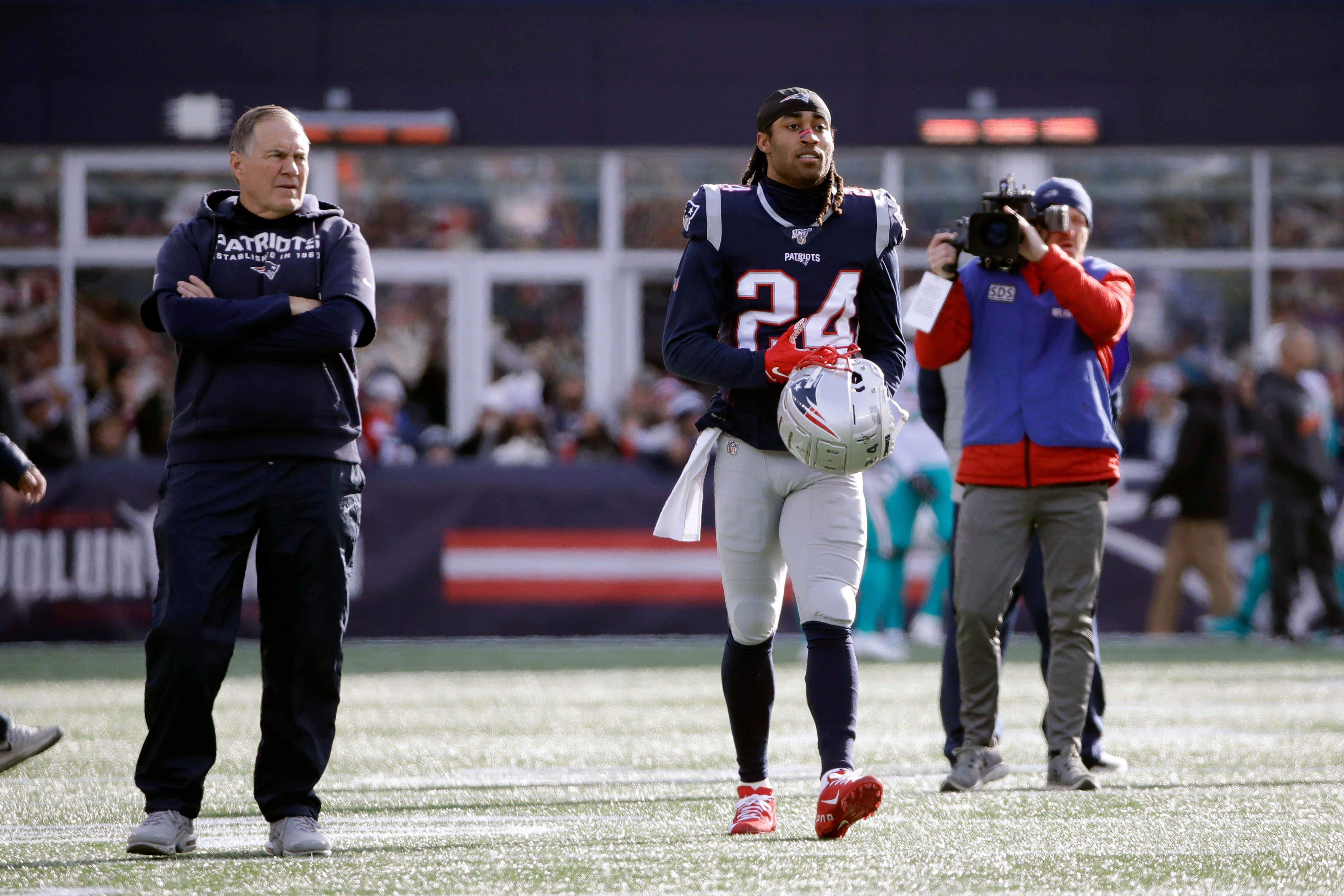 It's been just over a month since I reported that Stephon Gilmore was on a flight from Charlotte to Boston on Father's Day:

… presumably to work out a contract extension to stay in New England, this year and beyond. Since then, it's been nothing but tiny drips of information. He missed all of OTAs and minicamps. He's made a statement about how he expects to get paid what he's worth. Which is definitely, significantly north of the $7 million he's currently signed for. And without much in the way of news and nothing in terms of both sides negotiating through the press, we've all been waiting for the next shoe to drop. Specifically, Gilmore's practice shoes dropping on the grass field behind Gillette when training camp officially begins next Friday.

And we finally have the answer about whether he plans to report. And it is YES. And NO.

So … they're kind of splitting the baby on this one, I guess? If he doesn't report, he faces a $50,000 fine for every practice he blows off. He's already $93,085 in the hole for going AWOL last month. And apparently these fines are league rules, so those fines can't just be wiped out like appealing a speeding or forgive $2 trillion in student loan debt.

So if Gilmore wasn't on PUP and wasn't on the practice field next week, those would be expensive personal days for him and bad for the team. It strikes me that this is the best possible way to buy everyone time to hammer out a deal that works for all involved. For sure, it's easier to accept that than to buy into this idea that a freakishly athletic Defensive POTY is still bothered by a quad injury that shut him down last November. I hurt my quad a month ago, rested and stretched it out a couple of times a day and am running full speed on it. And I'm a rapidly aging slob who looks like a cadaver that got fished out of river after two weeks. Surely Gilmore's is 100%. Or close enough to it that he'd be working out with the team were it not for the contract stuff.

Speaking of which, I mention drips of information. And here's the biggest one so far:

Which to me is a great development. If true, it shows that neither side is issuing ultimatums. Ideally, they work out a long term extension that keeps him in New England into his mid-30s. That is feasible given the fact the cap is going to be going up again in the next few years. If they can't make the numbers work, they give him a bump this year to make him happy and thank him for his service. That's also feasible because according to @PatsCap, they still have $12 million in cap room now that all their rookies are signed. With a one-year deal, for Gilmore, they can get to work on securing JC Jackson to be their top corner in the long term and get down to the business of finding his replacement on the other side.

The bottom line being that in either scenario, everybody wins. The only way the system has failed is if Gilmore holds out, only plays a portion of the season and costs a team that needs to get off to a good start its best player for a month and a half or more. Let's hope my typically overly-optimistic view on this is accurate, so I can finally get down to the business of flexing on everyone for this Father's Day scoop. The waiting has been killing me.