Last night I was scrolling Twitter when I saw that volunteers at the Shootout for Soldiers were running low on fuel on Long Island. We had just covered the event on ZeroBlog30 & were partnering with them for the late nite hours (the grittest) after a full day of non-stop games for charity, so it was clear they needed immediate QRF (quick re-fill). 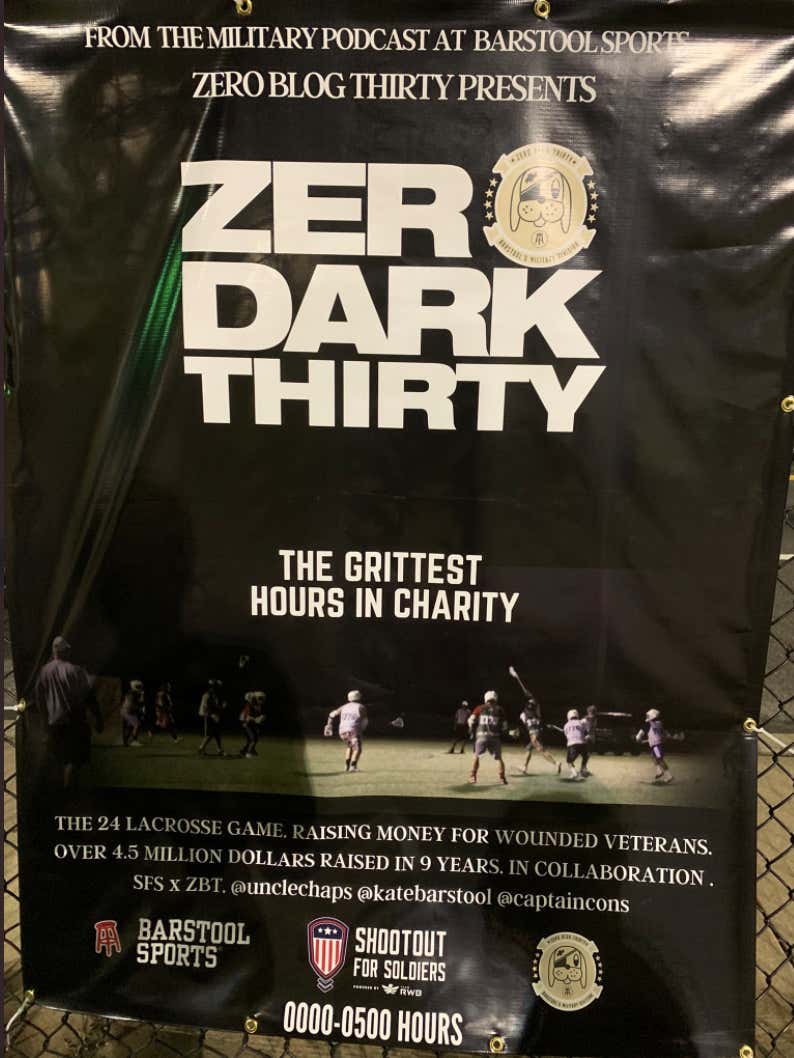 I've sort of tethered myself to our suburban Jersey apartment lately because of the baby ("We get it, Kate, you had a baby." "WELL IT'S A BIG DEAL FOR ME SO LEAVE ME ALONE!"), but I had just put him down for bed… Could I be the one to bring them sustenance?! At this hour?! (Any time after 8pm is like 3am to me now.) I was feeling brazen so I went for it.

First stop was 7Eleven to pick up the goods (& to admire this guy doing scratch-offs on the window), then off I went. 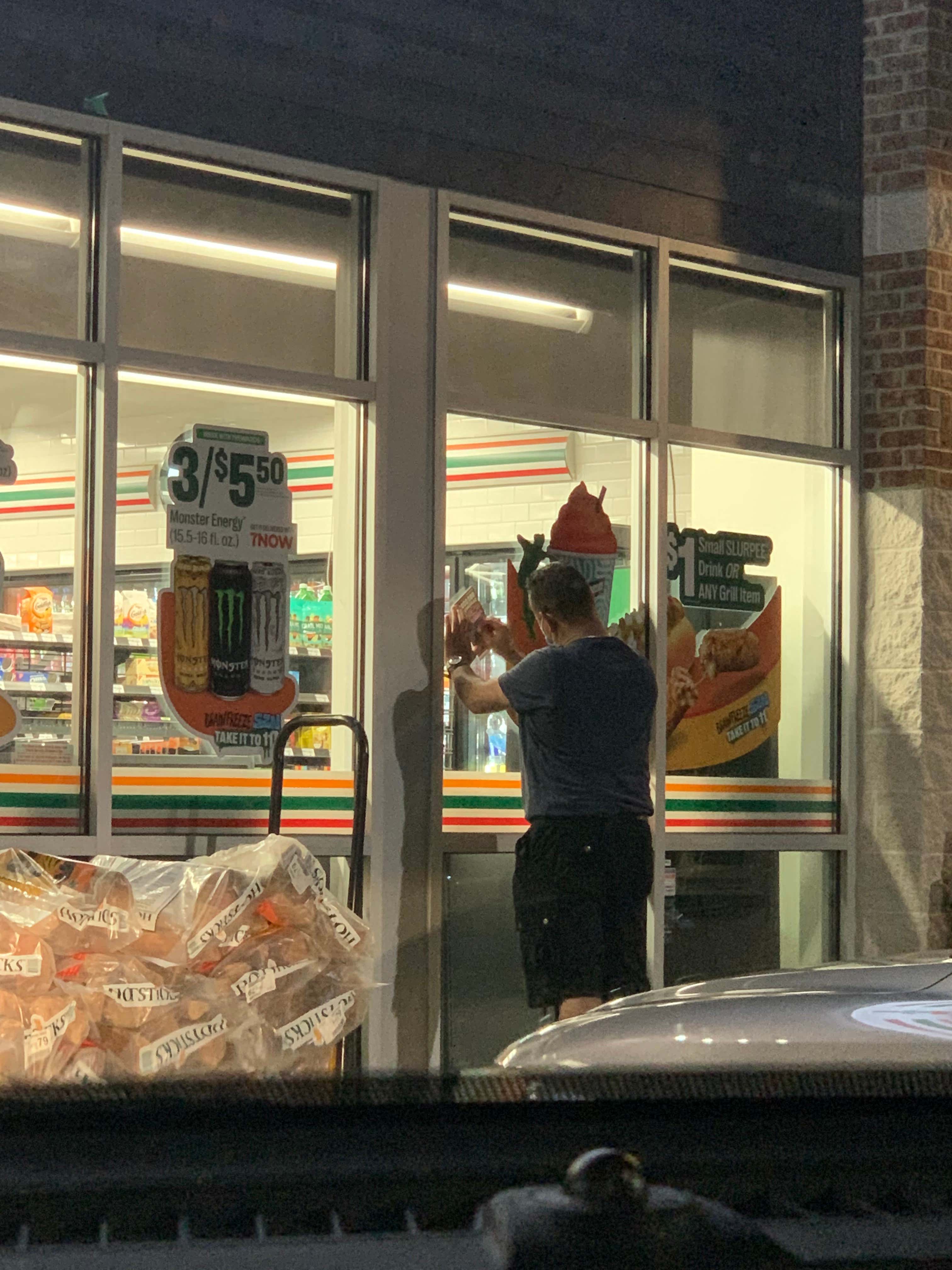 My first real, solo outing in months… no diaper bag, no stroller, what a THRILL. I sipped a coffee, had the windows slightly cracked, & sang along to soft indie rock the whole time like an absolute wildcard.

When I got there around 11pm I was surprised to see how packed the parking lots were & that teams were still hanging out tailgating & socializing. Teams were there from NYPD men & women's, FDNY & other fire departments, plus teams of veterans, kids, olds popping Motrin, you name it. The place was jumpin' & games were going constantly on two fields.

After dropping off the goods & then Tweeting about it so everyone knows I'm a good person, I hung out & enjoyed being social again & chatting up other vets. Plus, it's always delightful people-watching on Long Island. Shout out to 12:30am enthusiastic Yankees bagel guy. 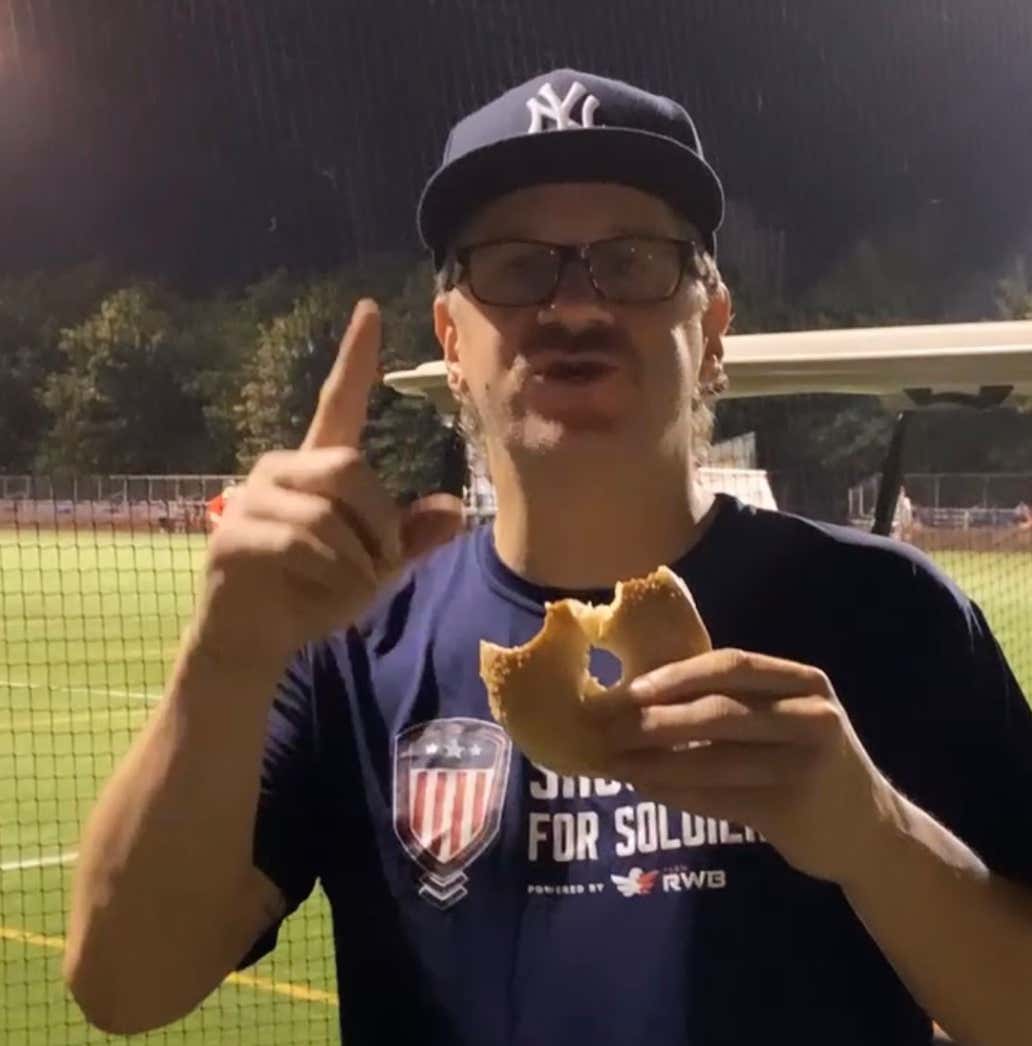 On the origin of this wonderful event from founder Tyler Steinhardt:

In early 2012, a group of friends and I had watched a 60 Minutes special about the rise of veteran homelessness, suicide and unemployment. We were stunned at the scale of the problem and inspired to act on making a difference. It’s a noble pursuit, yet we had little idea of where to start. How can a bunch of kids affect such a systemic and wide scale issue? Our strategy was to use what we knew best: the sport of lacrosse.

We concocted the idea of breaking the world record for longest lacrosse game ever, and landed on a 24-hour event as a marketing stunt to gain attention. We’d have 24 1-hour games in a row, and participants would donate money in order to play in the event. As word spread about our crazy idea, community leaders in Baltimore and throughout the lacrosse world came to help.

It snowballed from there and now the event takes place in cities across the country. (Next up is this weekend in Canandiagua, NY & then Baltimore on Aug 10th. Highly recommend stopping by if you can.)

Worth noting - there are so many veterans charities out there & things can get a little murky; Shootout for Soldiers does an amazing job of vetting & relegating to charities that make a real, tangible difference in the cities they hold the events in. They've also partnered with RWB Team, one of my favorite veteran organizations & one I'd recommend to anyone out there feeling a bit isolated these days, even if you didn't serve. We've got an interview with the founder LTC Mike Erwin on the latest episode. Give it a whirl if you or someone you know might be interested!