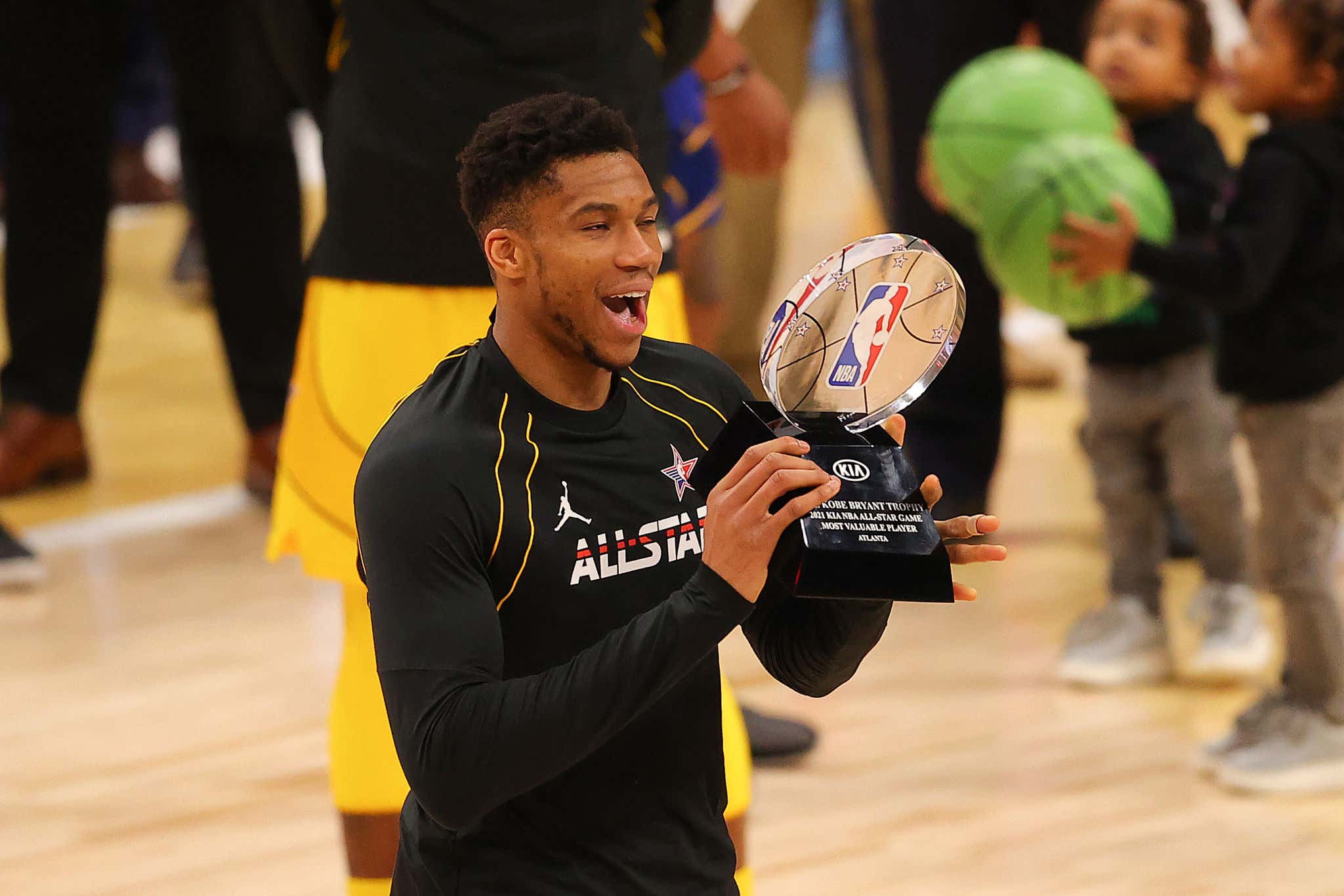 Every year we have to hear about how the All Star game doesn't matter, nobodies tries blah blah blah. Well I'm sorry, but maybe we've been looking at this game all wrong. Perhaps it's actually the most important piece of the NBA Championship puzzle. You see this happen once or twice where the All Star MVP goes on to win the Finals MVP and I think you chalk that up a weird coincidence. You tell me the last FOUR Finals MVPs have won the All Star Game MVP over that same time period and I'll tell you we might have something here.

What I hope is that this tweet makes its way to the eyeballs of every NBA All Star. I'm down for anything that will make that game more competitive and give the players an incentive to try. If you can convince them that a Finals MVP might very well be on the way if they take the All Star game seriously, well then we all win.

I will say the closer you look at these 4, it gets a little tricky. Both Kawhi and Durant won their Finals MVP before winning the All Star MVP, LeBron won his 2 seasons before his ring in LA, and Giannis obviously won both this season. But you look throughout history and you'll see a ton of people have won both. Willis Reed, Larry Bird, Magic, Kobe, Jordan, Duncan, Shaq in addition to that group above. My general point is we have more than enough evidence to suggest something might be afoot. I'll tell you this though. If Tatum or Jaylen are fortunate enough to make another All Star team, I need them gunning for the MVP. Never pass the ball as far as I'm concerned. Lord knows the Celts need all the help they can get to finally win a second title in my 34 years on this planet so if that means I have to believe in this highly suspicious theory with a ton of holes then that's exactly what I'll do.

I've seen enough to consider this a fact. Granted it didn't take all that much but whatever.