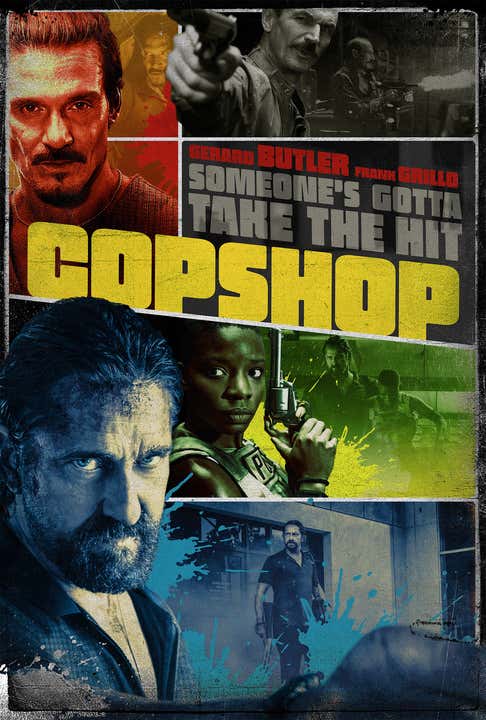 On the run from a lethal assassin, a wily con artist devises a scheme to hide out inside a small-town police station—but when the hitman turns up at the precinct, an unsuspecting rookie cop finds herself caught in the crosshairs.

Big-screen, action-packed crime thrillers have become harder and harder to come by. If you ask me, that's not right! We need more movies like this that are full of danger and excitement. The cast for this one gets me excited because it has two quintessential action stars in Gerard Butler and Frank Grillo. Butler excels when he gets to add some grit to a character and Grillo is just simply a guy that has IT.

This comes from Joe Carnahan, who recently directed 'Boss Level' which I enjoyed quite a bit (also starring Frank Grillo). He last directed 'The Grey', 'Smoking Aces' and a bunch of episodes of 'The Blacklist'. He is a talented dude at crime, thriller and action movies.

This is only in theaters September 17th.