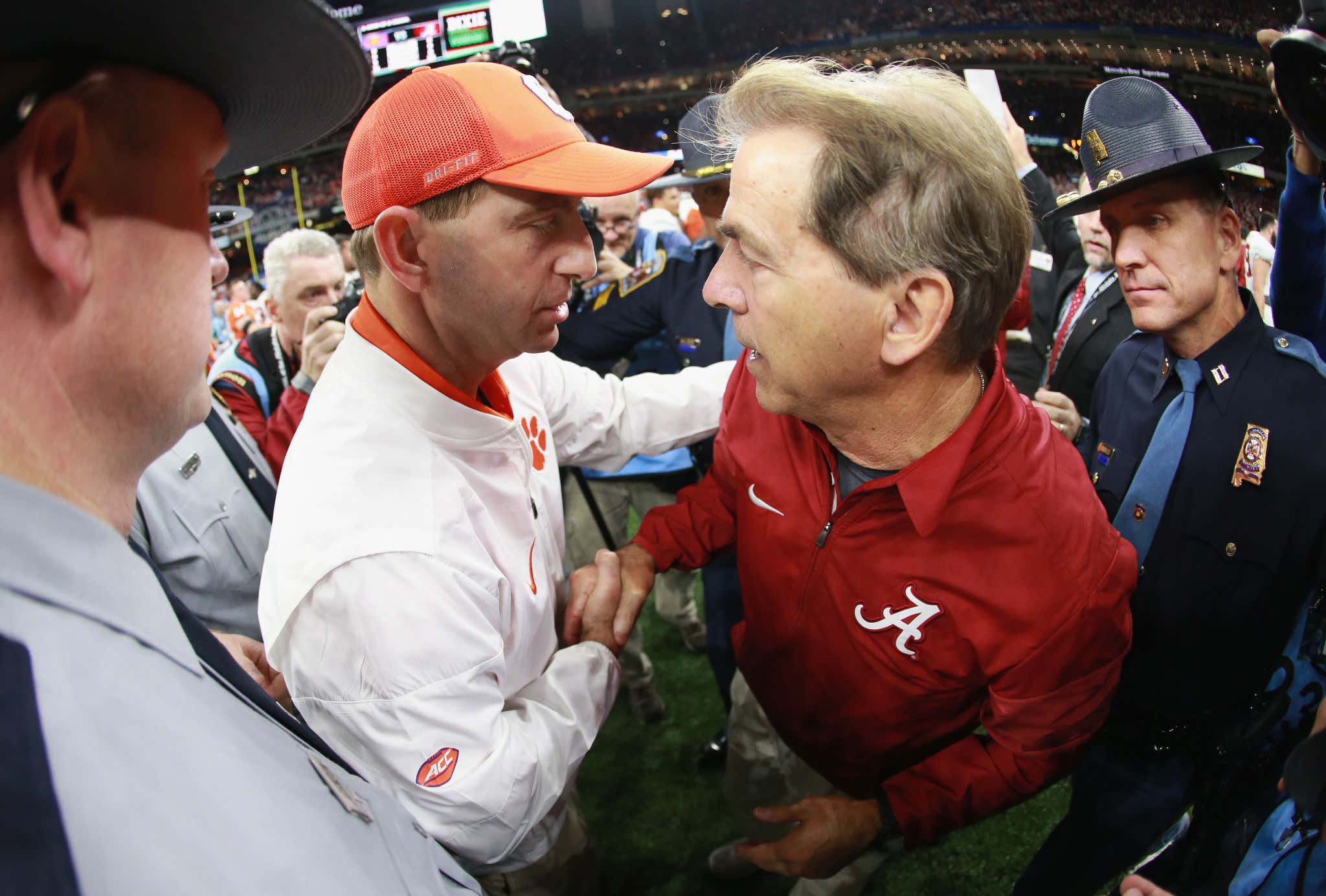 At SEC media day earlier this week, we saw that Saban was bragging about how much his starting QB was making from NIL deals and the kid hasn't even stepped on the field yet.

Nothing changes a guy's opinion more than the competition and I think we have seen just that with Dabo Swinney.

Now that Dabo is talking to big time recruits that are pointing at Bryce Young getting a bag for just being a recruit, Dabo has sold his soul to the cash strapped devil. Today he commented that he now thinks paying players is common sense.

I think what Dabo most likely wanted to preserve by not paying players was the problems that occur when players start to believe they are bigger than the team. The weird aspects will be If a coach benches a guy with big NIL money can those sponsors drop a player? When coaches become so integral in deciding who gets payed will corporations that pay the players have the power to override coaching decisions through recruiting promises?

A top sponsor is both sponsoring a top high school recruit and a starting player on say Clemson. Dabo benches that player for not playing well, attitude or another reason. So the sponsor then tells the recruit not to go to Clemson or they won’t continue to sponsor him. Dabo may have to unbench the player just to land a top recruit. We may see a new college football landscape with coaches with much less power.

The loss of power is what I believed Dabo to resist the decision in the first place. We will see if he fully conforms to the new landscape or loses control of his own team in the process.