Nope. No thank you one bit. Nothing like trying to enjoy yourself on a fine Summer's day and end up getting Fabio'd.

Still tho, props to her for nonchalantly tossing that thing aside like it's par for the Wildwood course. She keeps her cool because she probably knows there's PLENTY of worse things that can happen on those beach streets. Getting smacked in the face by a flying rat is terrifying, but it isn't even close to the most infected thing you can be attacked by in Wildwood. Yes, Wildwood. Ever heard of it? Well, to give you the absolute perfect description, it's the Philly shore town where Mare and her family would escape Easttown and degenerate down to for a vacation week every Summer.

The grandparents used to take me and the brothers to Morey’s Piers once a Summer and ALWAYS high tailed it out of there before sunset. You know a spot isn’t for children when the attraction “Dante’s Inferno” had a huge, 25 ft demon dragon literally breathing toxic smoke on you is by FAR the least scariest thing about a place. The only spot comparable is that Mexican biker/vampire bar in From Dusk Till Dawn. And not even Harvey Keital and a strapping young Clooney can take on what walks the Wildwood boardwalk at night. You know what happens on the that long demonic wooded walkway and its ensuing beaches? Oh, just stuff like this:

WILDWOOD: A Place Where You Can Get Blown On The Beach In Broad Daylight And Nobody Will Bat An Eye

Yup. On a weekday. In front of families and kids. In broad daylight. This happened (allegedly, but even mimicking the act would be considered a violation). Where do they think they are, ummmm…Yeah they're in Wildwood. This is exactly the kind of behavior one would expect in those parts. The least they can do is wait till nightfall or go back to their shanty and get it on in their outdoor (only) shower. Not to mention sex acts on the beach are among most overrated activities in the world. A sandy shaft is no friend to any man. I can't imagine doing anything sexual on that dirty Jersey beach. The amount of pollution, disease, needles, piss, and puke scattered about could instantly shut down the most robust immune system.

Nothing To See Here Just A Half Eaten, Shark Devoured Dolphin Carcass Washed Up On Wildwood's Beach 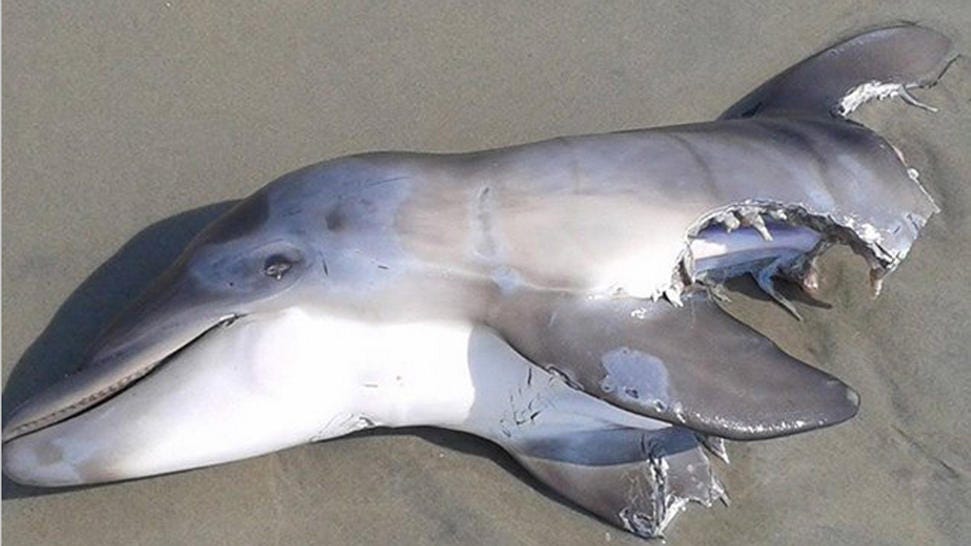 NORTH WILDWOOD - A half-eaten dolphin washed up on a beach in North Wildwood over the weekend. Karissa Kerns, 44, of Northeast Philadelphia, told NBC10 she was visiting the 4th Street Beach Saturday with her mother and 4-year-old son around 9:45 a.m. when they noticed a fisherman reeling something in. "I thought it was a sea turtle at first," Kerns said. As they walked towards it however they realized what it was, a dolphin that appeared to be half eaten. "The lifeguard flipped it over and you could see a shark had grabbed it and chomped right out of it," Kerns said. "You could see the teeth marks and everything. It's spine was completely severed. It wasn't a full-sized dolphin and it wasn't a baby dolphin, it was mid-sized. At that point my mom took my son away quick because he was freaked out about it." Kerns took a photo of the dolphin as lifeguards began to move the body. "One girl grabbed it and she carried it where the trashcans are near a sand dune," Kerns said.

This was no boating accident. The impressive fact is that rotting, half eaten dolphin carcass is still not the most repulsive site on the Wildwood beaches. It might have been the best looking mammal on that shoreline. But it may be time to close the beaches. I value my neck for a lot more than a dip in the ocean, Chief. The last thing I need is to hop in the water to cool down and piss and have to worry about getting by torso severed in two by a big ass Wildwood infected shark.

"One girl grabbed it and she carried it where the trashcans are near a sand dune." I kid about trashing the place, but only in Wildwood can you throw a half eaten dolphin carcass in a standard beach trash can and nobody bats an eye. Seriously. 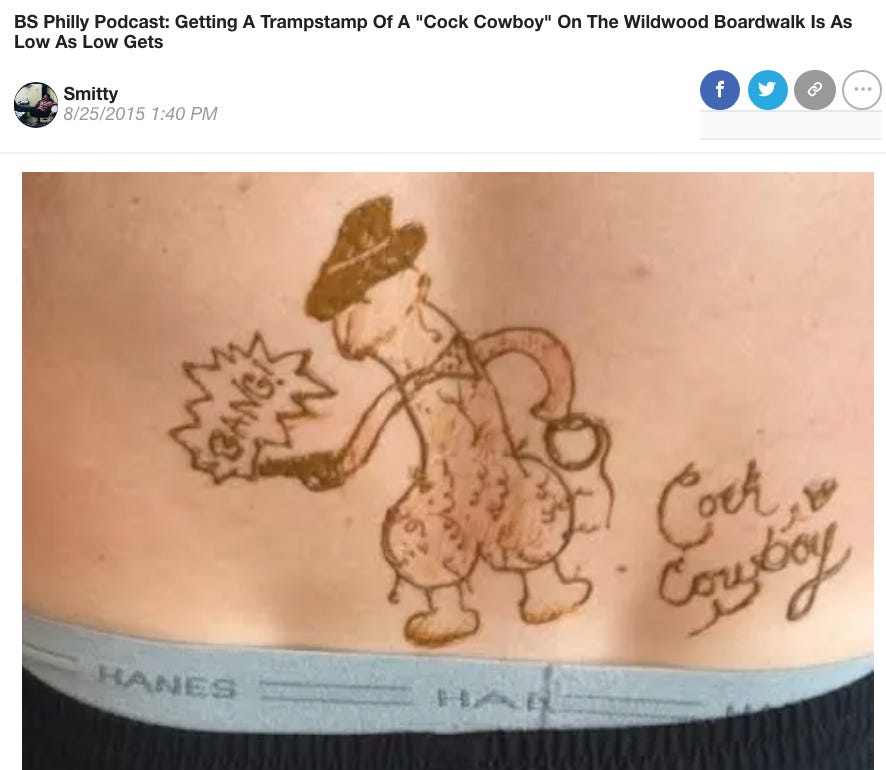 So, yeah, getting attacked by a flying rat should be considered one of the safer things in the beaches of Wildwood. Just stay the hell away from Mare and her family.

PS - I will beat anybody in a race down any slide at Raging Waters from yesterday until the end of time. It doesn't matter what flesh eating amoeba we'll all ingest from being in those plague-ridden waters, I'll be winning.