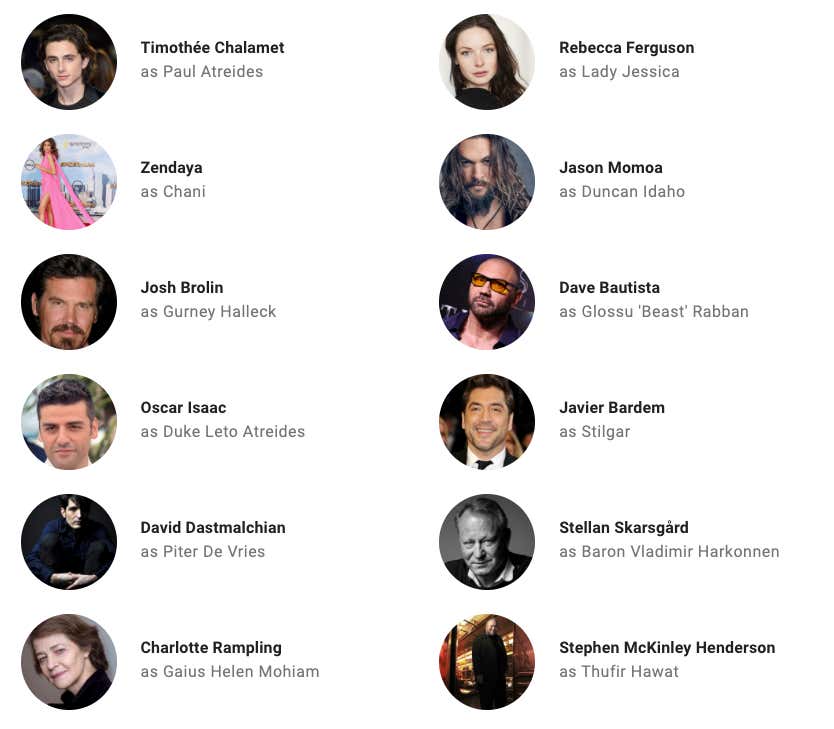 My evergreen "hot take" about dune is that it is going to absolutely rock. Director Denis Villenueve DOES. NOT. MISS. and I think this will be another banger from my favorite filmmaker of the last decade. Look at his credits in 'Prisoners', 'Enemy', 'Sicario', 'Arrival', 'Blade Runner 2049'. All top tier! He has the whole backend crew he loves back, plus one of the greatest composers of all time in Hans Zimmer on the track. Add that to this insanely stacked cast and it is simply too big to fail. I know that phrase may not install confidence, but it is entirely true here. Plus, it isn't going to take much for this to be easier to digest for people vs the David Lynch Dune.

Here is a quick reminder to some of the release elements:

- This movie is part 1 of what was planned as a 2 part movie series. There is potential for the simultaneous release to essentially to financially bone this plan, but I don't see any world in which the sequel isn't made.