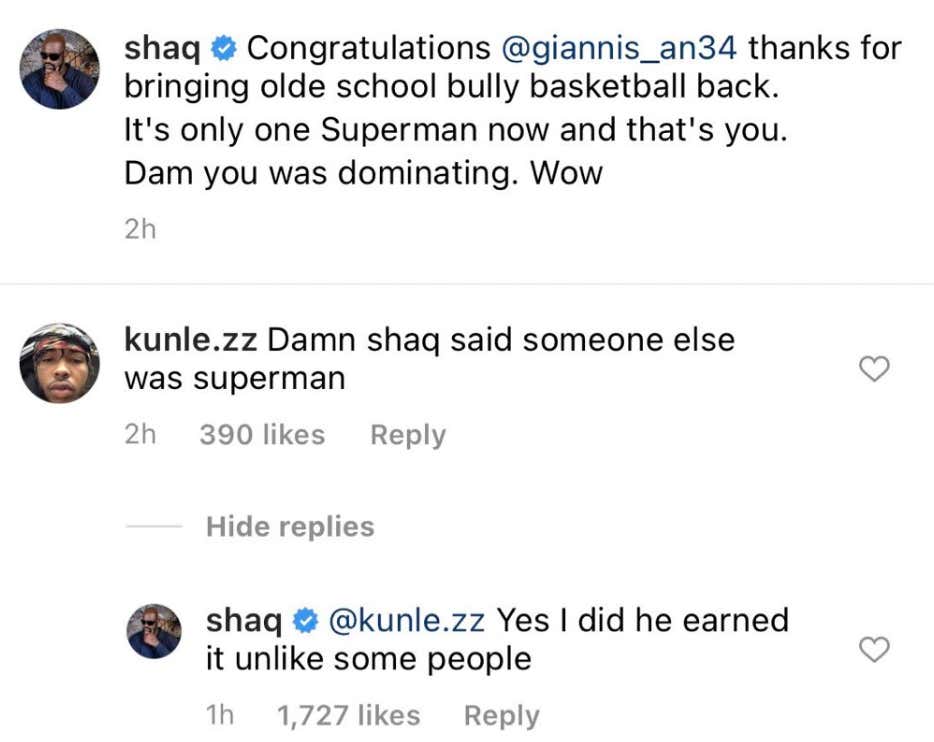 Christ almighty, nobody and I mean nobody hates someone like Shaq hates that Dwight tried to call himself Super Man. Ever since the moment Dwight tried to call himself that, Shaq turned into an ex that will just bitterly post for no reason. I'll give Shaq credit for this though - he was on the Hate Dwight Train before it was cool. I'm sure it was all tied to Dwight being a damn good player for the Magic as a big man, the whole Super Man thing and just the fact Dwight turned into a walking joke where everyone made fun of him. And sure, now Shaq has turned into a combo of a walking billboard and the worst one of Inside the NBA on TNT, but it's good to see him still have this fire. Between the staged falls and Charles Barkley making fun of him every night, we sometimes forget that Shaq is one of the greatest interviewers in the history of sports.

What's wild is the perception we have of Dwight and it's mostly due to Shaq. I mean, remember, Dwight Howard is going to be in the Hall of Fame. You can think he’s corny (I do). You can think he’s been a disaster in locker rooms (everyone agrees here). But, he’s going to be in the Hall of Fame. It’s not even a question. However, we all think of him as Shaq's little dummy to beat up on. Tough look for a guy who thought he was Super Man.