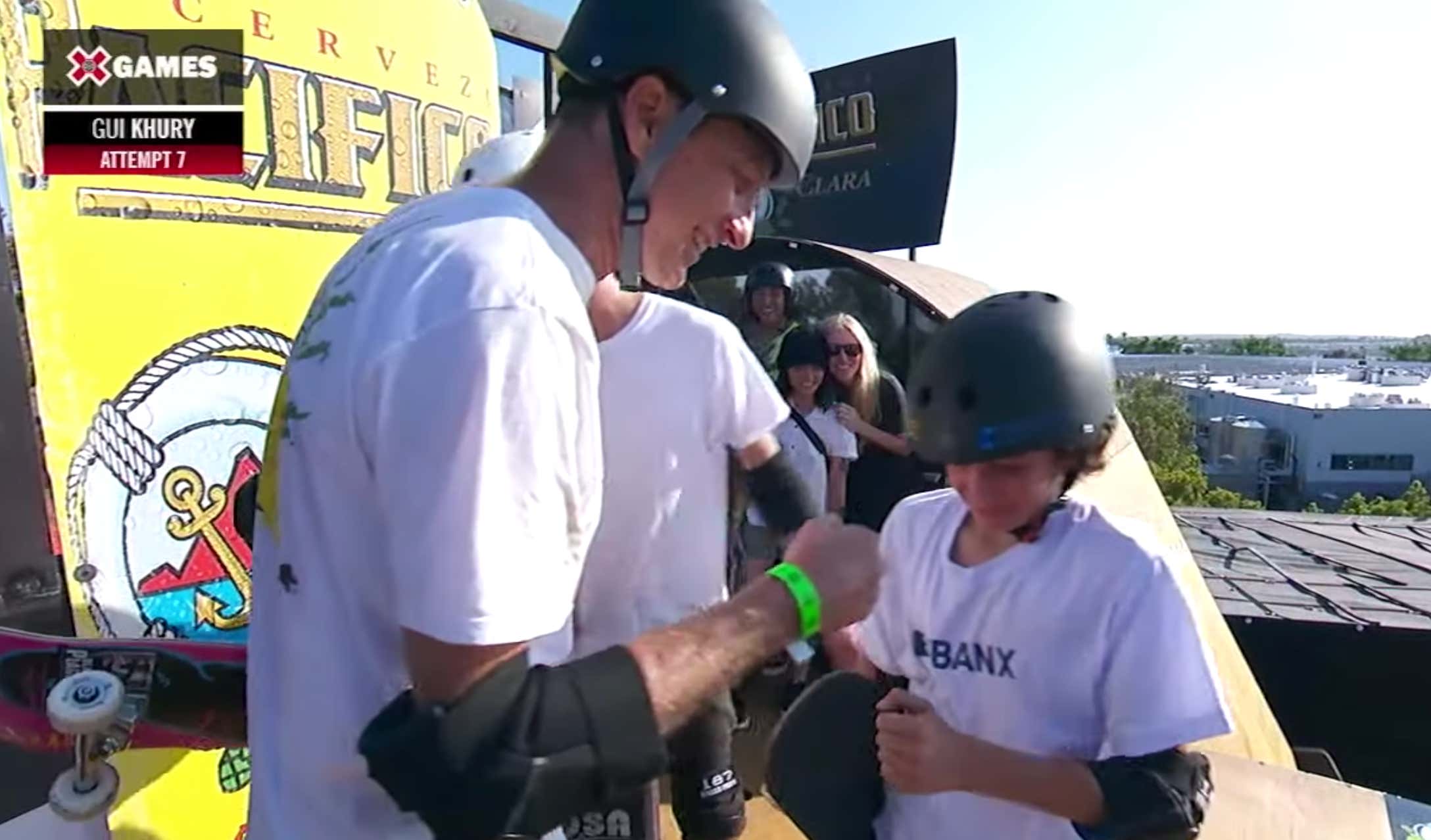 Last night I was getting ready to watch the NHL Expansion Draft. It was a pretty awful decision on my part since 30 of the 31 picks were already leaked earlier in the day. So the Expansion Draft broadcast served no purpose besides being long, drawn out, and filled with a ton of technical difficulties.

But much to my surprise when I threw on ESPN2 a few minutes before the draft, the X Games were going on. And even more to my surprise, there was Tony Hawk still competing at 53-years-old. We've been seeing a lot of Tony Hawk lately on social media and podcasts and things like that. But to see him actually competing in the X Games? It was a massive wave of nostalgia. Brought me right back 2001 playing Tony Hawk's Pro Skater on the original PlayStation right before heading out to watch the X Games live in Philly.

And it's not like they let Tony into the best trick competition solely for the nostalgia purposes. The man can still rip with the best of them.

The only thing he might not be able to do at his age is rip a 1080. The old bones might not be quite as explosive to attempt that in competition. I mean it was 22 years ago when Tony Hawk landed the first ever 900 in competition. And 10 years after that, a couple in Brazil locked eyes and fell in love. And 9 months after that, they gave birth to a baby boy who they named Gui Khury. And just 12 years after Gui Khury was born, that maniac went out and landed the first ever in-competition 1080. Right in Tony Hawk's face, no less.

Born in 2008 and now has an X Games gold medal to his name. Very few moments have made me feel as ancient as that one there. Just think about this for a moment.

Gui Khury wasn't born until after the Neversoft era of the THPS games were over. And he's an X Games gold medalist. Again, that's insane. Even equally insane that Tony Hawk can still shred at the age that most guys are barely able to look at a skateboard without breaking an ankle.