Reuters- The final bout of karate's historic debut at the Olympics ended in uproar on Saturday when Saudi Arabian Tareg Hamedi's high-kick to Sajad Ganjzadeh's neck saw him disqualified and his motionless Iranian opponent awarded the gold medal. Hardly a minute in, Hamedi looked dominant, having scored a three-point "ippon" in the ninth second and he was leading 4-1 before the bout came to an abrupt end.

Hamedi's final kick sent Ganjzadeh to the tatami and the Saudi into celebration mode before the mood in the Nippon Budokan arena turned. Medics rushed to Ganjzadeh's side, placing an oxygen mask on the Iranian and removing him on a stretcher. After a few minutes of discussion among the officials on the sidelines, the referee called the match for Ganjzadeh by disqualifying Hamedi for an unchecked attack, which is not allowed under karate's Olympic rules.

Well it's not every day that you watch an Olympic event where the gold medalist looks like this once it's over: 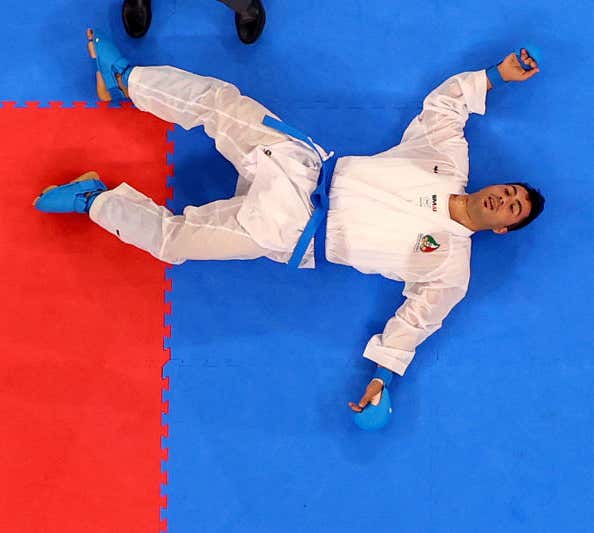 To be clear, I completely understand the rules of karate. Well that's not true at all. I have watched The Karate Kid roughly 100 times and still don't understand why Johnny didn’t win this match running away with what appeared to be hits worthy of points.

Now I did take karate as a youngster and even made it all the way to orange belt or green belt or blue belt. Honestly I don't remember. Looking back, I think my parents just wanted me out of their hair for a little bit. Nonetheless, I get that there are points and rules and DQs and all that mumbo jumbo to make it an actual competition instead of a game of Street Fighter II. Trust me, I respect karate more than most and even pronounce karate that way it is SUPPOSED to be pronounced.

But there is just something about this guy being the gold medalist of an Olympic event that my dumb brain refuses to accept. 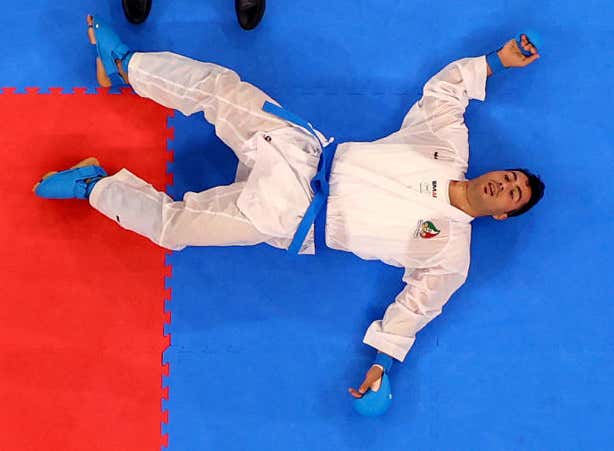 Anyway, a sincere congrats to Sajad Ganjzade, who needs to think of a cooler story to tell his grandchildren about how Pop Pop got his gold medal while Tareg Hamedi should just show his grandkids the final strike of his Olympics and hope they don't ask where his gold medal is. 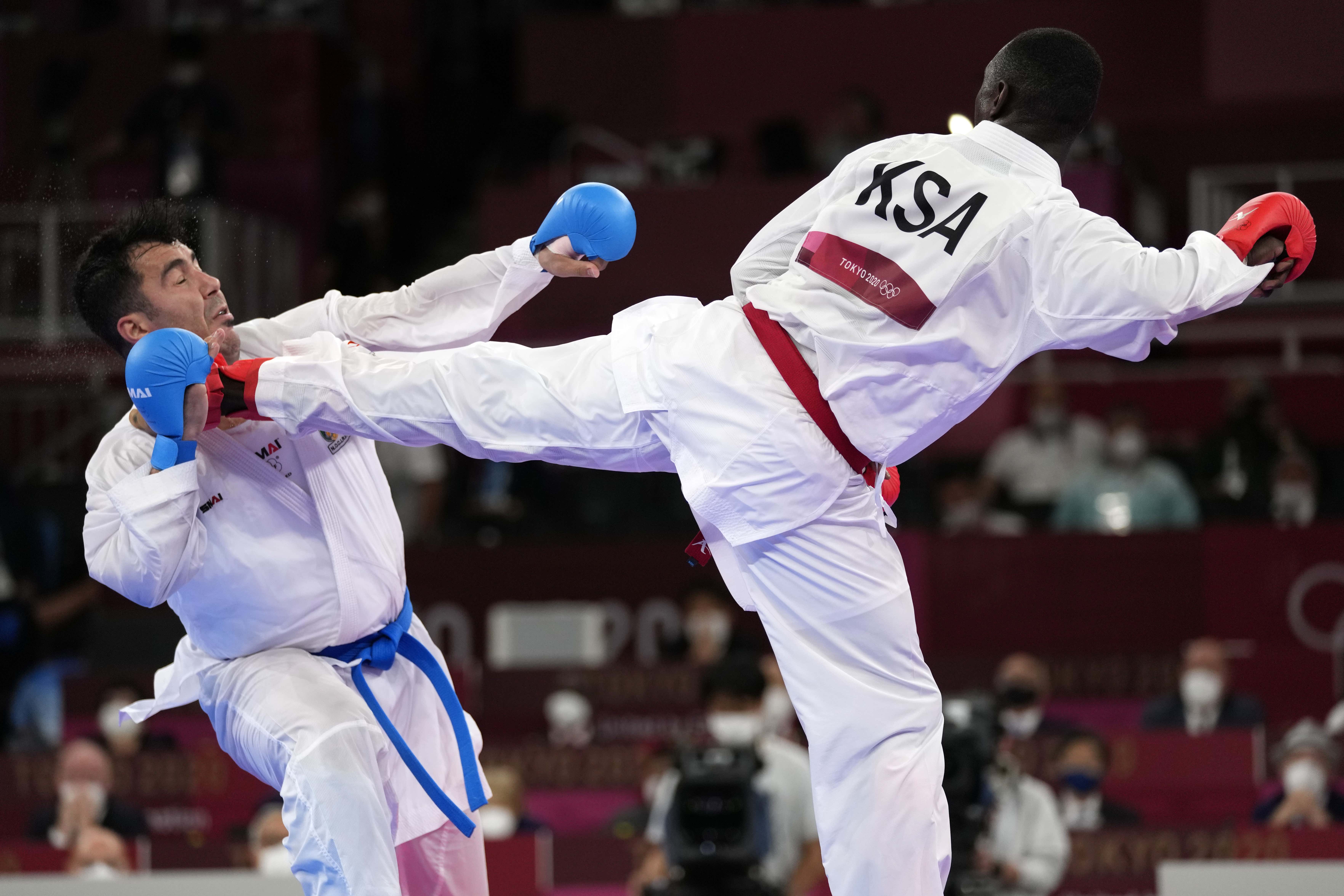