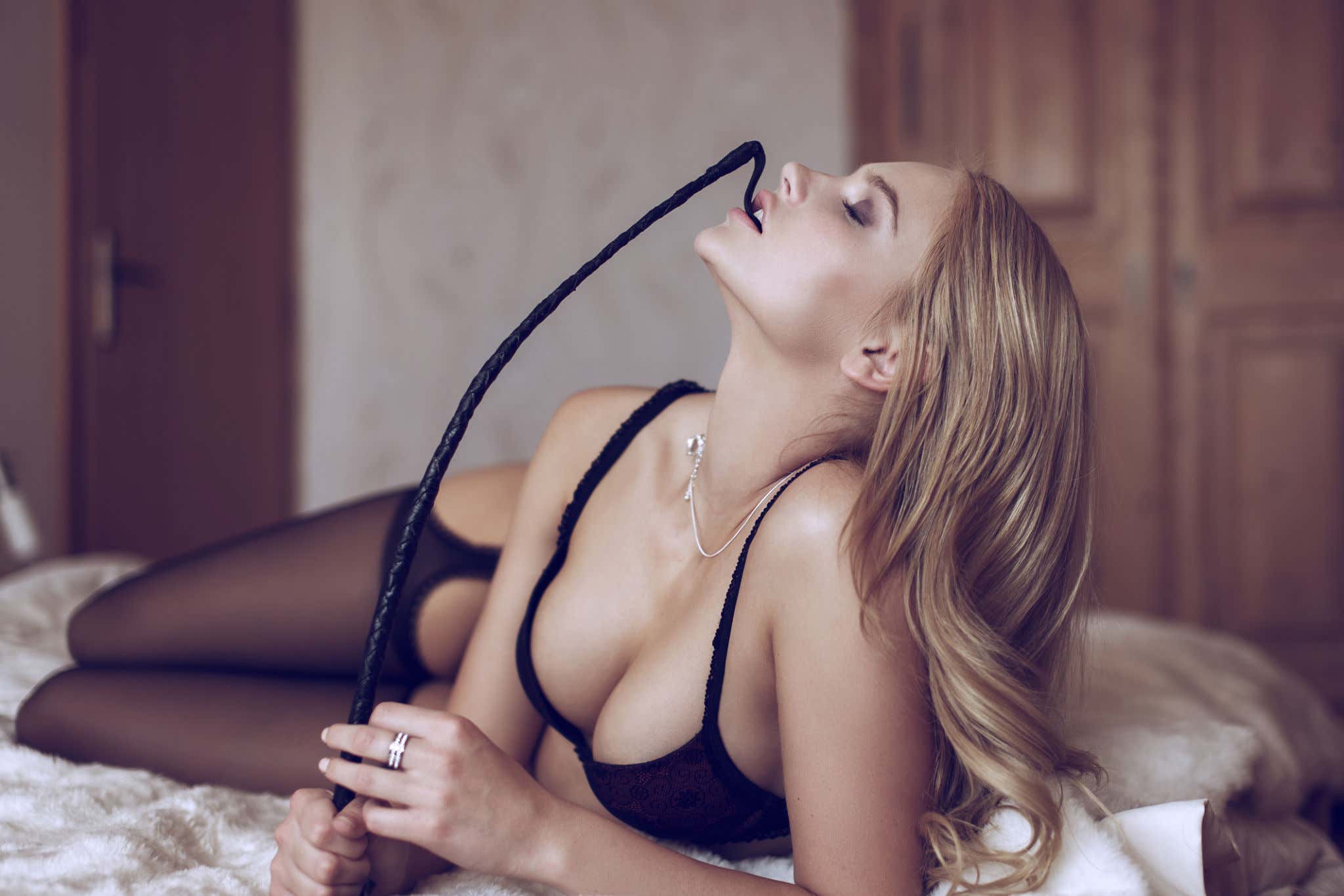 When you're involved in any phase of construction you take chances on a daily basis, some that can have catastrophic results if they don't go as planned. During my early plumbing career, I didn't always make the best decisions and I put myself at risk on many occasions, but I survived.

I was working for a plumber out of Canton, MA in 1985, doing a mix of repairs, remodels, and new construction, both commercial and residential. We were roughing in a new house in Duxbury and John, the builder's son, had two of his guys help me and Jimmy carry a new cast iron boiler into the basement of one of the houses. A few days later, John asked us to give him a hand lifting a 2" x 4" framed gable end wall that was 30' tall, 30' wide, and two stories high. A lot of lumber went into framing this oversized gable end wall and it looked heavy laying on the plywood deck where it was built. Fortunately, the plywood hadn't been intalled yet.

There was blocking nailed at the corners and in the middle of the deck on the gable end giving us something to push the bottom of the wall against as we stood it up while also preventing the wall from sliding off the deck. John told us to listen to his command and only lift when he directed us to. Everyone had to work together to get this done. It was a big, heavy wall.

Here's Bob Villa and a crew lifting a smaller, single-story gable end wall. It's plywooded and looks to be fairly heavy…

There were two framers ready to nail several vertical support braces once the wall was upright and plumb. The opening to the basement was in the middle of the deck and under the gable wall, creating a spot where no one could stand. There were six guys on one side of it and five on the other. I was positioned on the side with five and I was standing at the edge of the opening. There were no cellar stairs yet, just an opening that provided an unobstructed view of the concrete floor below. It was a little intimidating and I was fully aware that one misstep and I could fall into the basement and be badly hurt. It was at that point I began questioning my decision to help. Nothing about this looked even remotely safe…

On John's command, all 11 of us lifted the gable wall off the deck, but as we attempted to complete the lift, one of the corner blocks got pushed out and that side of the gable wall was hanging off the deck and the entire wall was twisting to that side. John immediately commanded us to stop and wait until his two framers slid the corner back on the deck and re-nailed the block. We were forced to hold the wall at about 45 degrees to the vertical, leaving all the weight of the 30' x 30' gable bearing down on us.

At first, I had all the weight on my legs, the strongest muscles of the body. After a full minute, I could hear other guys starting to breathe a little heavier. It was about that time my legs were starting to fatigue, like everyone else's, and now not only was I relying on my legs, my core tightened up too. 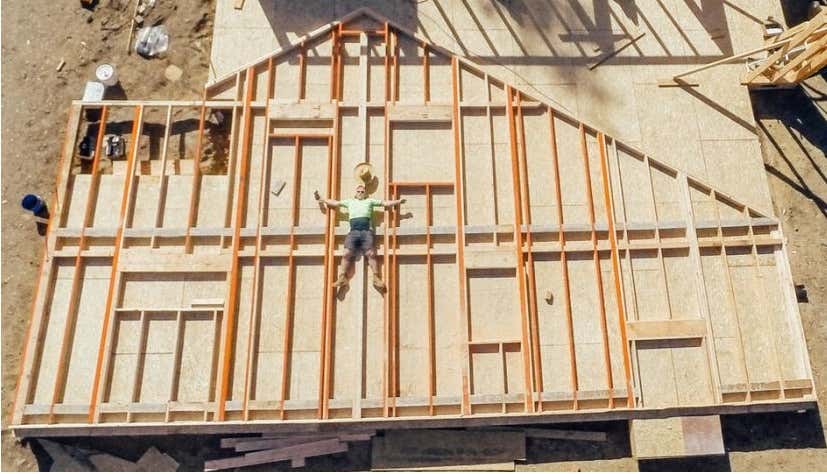 The gable end wall we lifted was slightly larger than this one… (photo courtesy of Tim Uhler, jlconline.com)

After two minutes we could all sense a little panic in John's voice and we could hear the two framers struggling to get the corner back on the deck. By now everyone's breathing was heavy and my legs and core weren't enough and I was forced to use my shoulders and arms, not the muscles you want to rely on with something that heavy… All 11 of us holding it were getting tired and concerned. We knew if this gable wall came down, it would come down fast and most of us would not escape uninjured…

After another minute passed it was starting to look like the gable wall was not going up, it was likely coming down. That's when I started to think about how I could position myself in between the studs so I could avoid getting hit when the wall crashed to the floor.

Just when two of the guys were ready to jump off the ends, as they later admitted, which would've immediately caused the gable end wall to fall, the wall was back on the deck, the block was re-nailed, and John gave us the command to lift. We all dug deep and I could hear the others grunting and exhaling like Olympic weight lifters; it was no longer about construction, it was about survival…

We all lifted and pushed the oversized gable wall up and once the wall was plumb, the two framers nailed several vertical support braces in place. As soon as they had the wall secured John yelled out, "Done!" At that moment all 11 of us collapsed on the deck, oxygen-depleted and exhausted. When we gathered ourselves some of John's guys started yelling at him because apparently, they had told him the gable was too big and too heavy to be lifted by hand, and that a gable that size required the use of a crane.

As we all walked away John was rambling on about how expensive renting a crane was, like our lives had little to no value when he was trying to save a buck. I vowed to never again ask a framer to help me carry a boiler or to offer my help when the job looked overtly dangerous like this one did.

By 1989, I was a self-employed plumber and working for a contractor named Pete who was adding another floor to a split entry ranch. He promised the homeowners he'd get a one-piece fiberglass tub/shower unit up into their new second-floor bathroom and wouldn't be using a two or four-piece tub that had seams. He planned on getting the tub unit up the back of the house where there was a new balcony framed but not finished. On the day we took delivery of the tub, Pete wasn't around and Richie, his foreman, and I were tasked with getting the tub unit up and in.

Richie had a plan and it seemed like a solid plan. We'd put a 40' extension ladder up against the edge of the balcony, tie a rope around the tub unit, and Richie and his brother would pull it up the ladder while I was positioned under it and followed it up the ladder, making sure it stayed straight and slid up without any issues. Seemed easy enough…

Everything was going fine until we got to the top and realized the roof over the balcony prevented the tub unit from fitting on the balcony in an upright position. I was 35 feet in the air with both hands on the bottom of the tub unit and two feet on a rung of the ladder while we panicked and struggled to come up with Plan B. 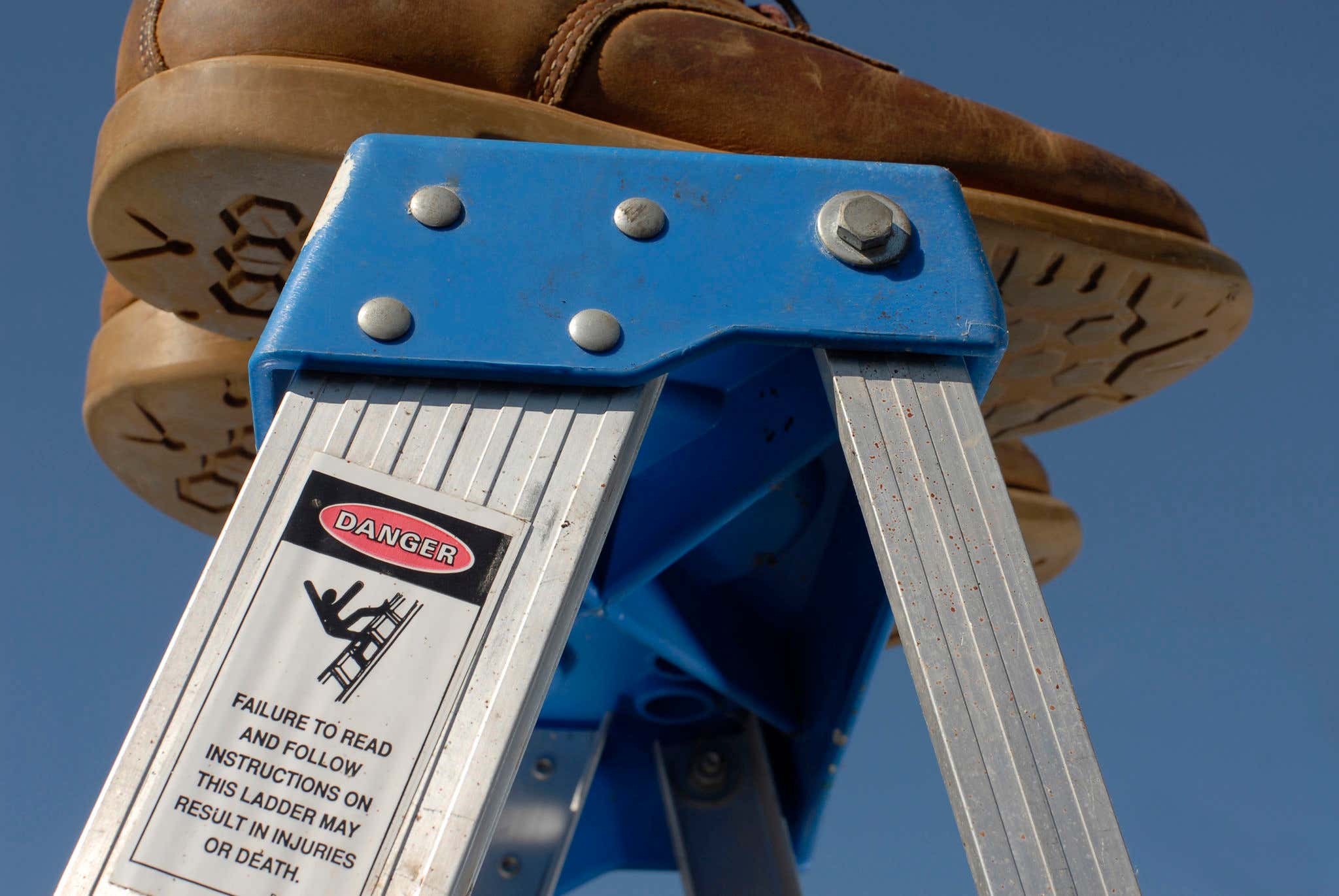 The top is not a step and neither is the first rung below it. We all know that but we still do it anyway…

Richie decided he'd lay the tub unit down so it fit under the roof, and as he did it, the bottom of the unit became horizontal and it started getting away from me. I kept two hands on it and tried real hard to keep the tub from getting too far out while they laid it down. I could feel myself being pulled off the ladder by the tub but I couldn't let go or it would've tipped and no one could've prevented it from falling. In the process, it would've clunked me on the head and I would've gone down with it. I had to hang on until a majority of the weight was on the balcony.

My back was arched way too far in the wrong direction and my arms were over-extended behind me. I really thought I was gonna fall close to 40' and land on the concrete deck around the built-in swimming pool below. It was a scary moment and I really didn't think I was gonna make it. I maintained focus and just kept breathing.

My legs were getting tired and then I started shaking, but I knew the only way I'd survive was to hang on and put my faith in Richie and his brother… They knew I was in a bad position under the tub and they worked quickly. Once the tub was under the roof and laying down, they pulled it in and they didn't know it then because they couldn't see me, but I was hanging onto the tub for dear life and all I could do was follow the tub back towards the balcony. When it was firmly on the balcony, I let go of it and grabbed the ladder with both hands.

I climbed down the ladder to where one of Pete's guys had been footing the ladder while the other three were watching the whole thing. They were all shaking their heads in disbelief. I was exhausted and I couldn't believe how badly this thing went sideways. I gave Richie a ration of shit and he started laughing and then offered to buy me a coffee. All I could do was laugh along with him and ask, "I went through all that and no fucking donut?"

Oddly enough, in 2013 I became a Certified OSHA 10 Instructor and I know an OSHA Investigator would've freaked if he/she saw either of these two things happening… 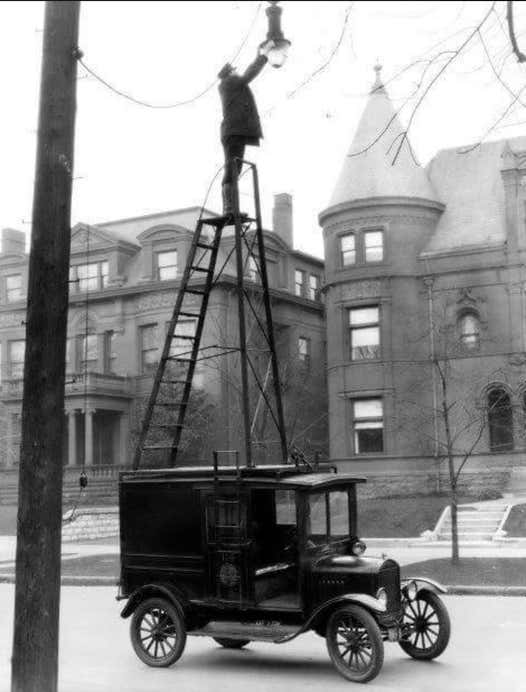 Every day, people in construction risk their lives to get the job done. Some of us occasionally take unnecessary risks and hopefully we learn from them without getting hurt or hurting others.

In the comments, let me know what's the most dangerous thing you've ever done while working in construction. I look forward to reading them. Make only good decisions and stay safe, you may not be as lucky as I was…