Thank god they didn't have Ring cameras when I was growing up. The only thing I had to worry about was getting the key in the door and not hitting the squeaky step at the top of the stairs on my way up to bed. That and taking the dog out if she was awake, which was always a nightmare because you had to open the garage door and risk waking everyone up. Regardless, the fact that this kid came home from the bars and decided to have a full-blown conversation with the Ring camera is hilarious. He's probably been caught so many times he just wanted to get ahead of it. "Hand up, I'm drunk." He was animated too, hands on his chest, pleading his case to his mother who was apparently somewhere in the Bahamas... 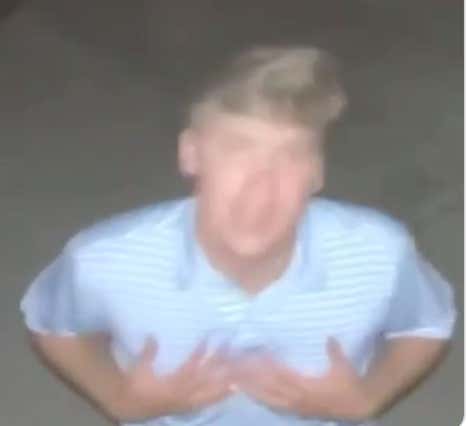 Chances are he won't remember any of it but still, he probably should've just walked directly inside and avoided the conversation all together. The good news is he'll have a great night's sleep. Sixty-two degrees is chilly. Best of luck in the morning, buddy. You're going to need it. Now here are a bunch of doorbell camera fails. Enjoy…