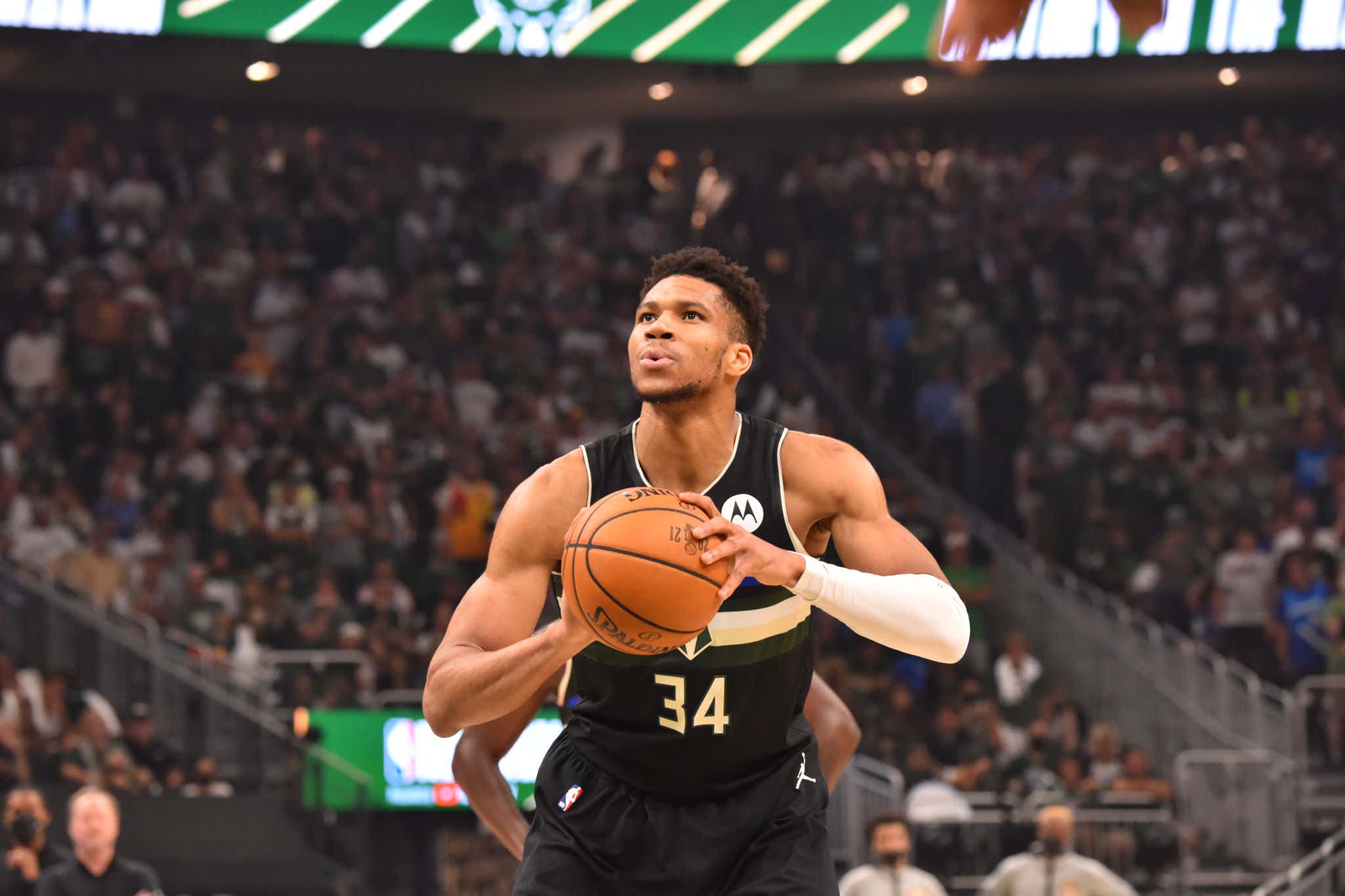 Ben Simmons turned 25 yesterday. He got to celebrate his birthday by doing whatever he wanted because his days have been totally free since the Sixers were bounced in the 2nd round of the playoffs by the Atlanta Hawks in 7 games. In that entire 7-game series, Ben Simmons made just a combined 15 free throws on 45 attempts. That's a big ol' fuckin' YIKES.

Now I'm not sure whether or not Ben Simmons tuned in to watch game 6 of the NBA Finals last night. Maybe he was too busy trying to figure out which tennis tournament he'd be attending next with his lady friend. But if he were to turn on that game, he'd probably be hoping to see Giannis continue to struggle from the free throw line. Because the one thing about misery is that it loves company. So if Ben Simmons is going to have the most historically abysmal playoff performance from the foul line ever, at least watching "another" superstar struggle could ease the pain. "Another" is used very liberally there since Ben doesn't qualify as a superstar.

Unfortunately for Ben Simmons, Giannis decided to go off for 17 of 19 from the free throw line for his birthday. A pretty fucked up gift if you ask me.

ON HIS BIRTHDAY, NO LESS!

And that just goes to prove why the Sixers absolutely, unhesitantly have to get rid of Ben Simmons this offseason. Because never in a million years will he be able to put on that type of performance. Mostly because he lacks the work ethic to go out there and figure out his shot in the first place. But even if he did work out his shot, he'd never have the stones to produce when the lights are the brightest. He wasn't even able to attempt a wide open layup in crunch time, let alone go 17 for 19 from the line while the entire league has been mocking your abilities throughout the entire postseason.

So congrats to Giannis and the Bucks. I guess they got those results they were talking about, while the Process is a total failure.