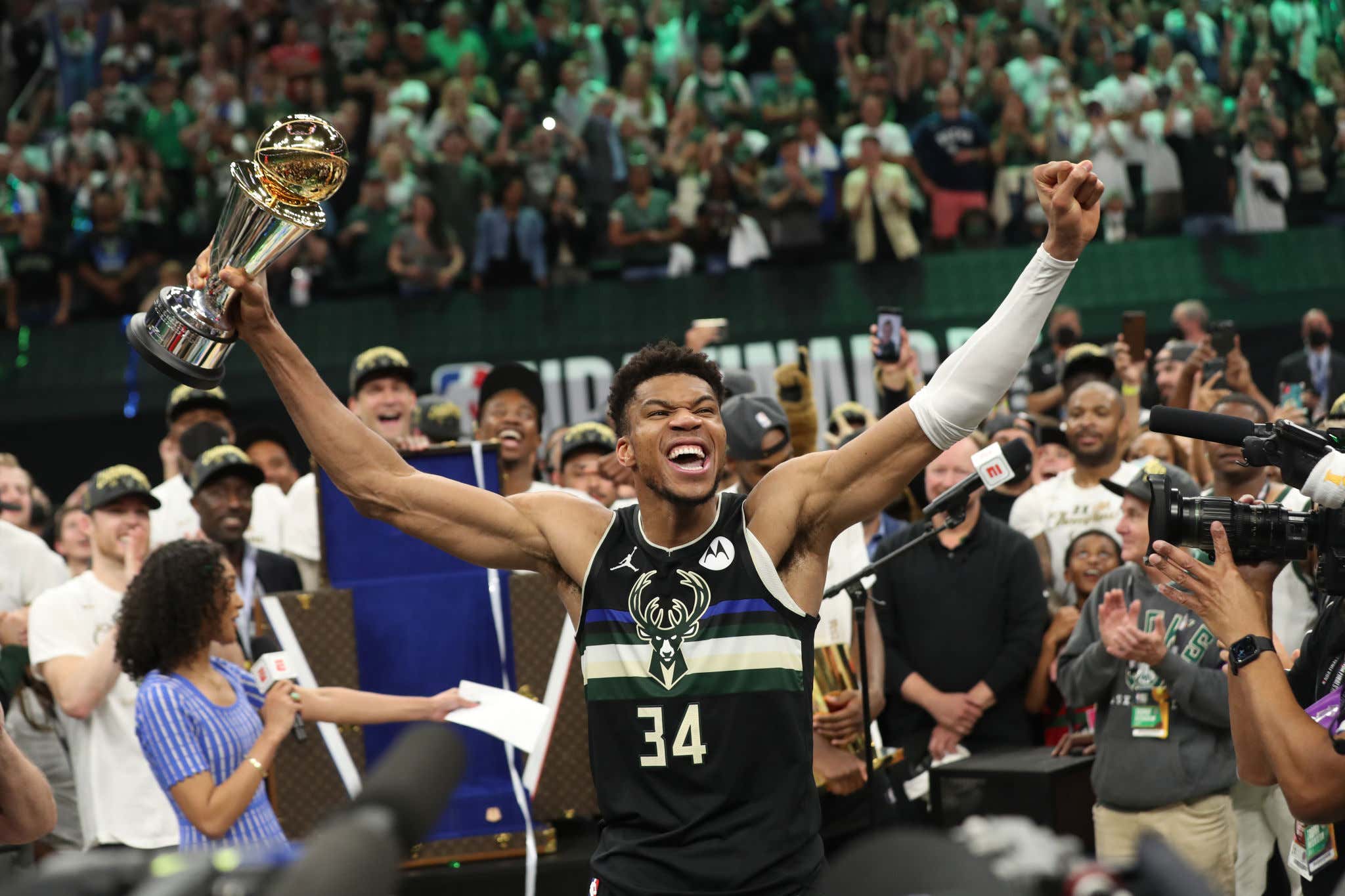 The NBA is filled with feuds, but one of my favorites has to be James Harden and Giannis. It's so random and I think that's what makes it perfect. You couldn't have two more polar opposite players than Giannis and Harden. From their narratives to their style of play, they are like oil and water. They also deep down hate each other's guts. You may remember last year during All Star Weekend Giannis went on TNT and took his shots

From there, we were off and running. A little time went by before we finally heard from Harden about this, and when we did it was maybe one of the worst takes I've ever heard

"I wish I could just run and be 7-feet and just dunk. That takes no skill at all"

As if that was all Giannis was. Just someone who runs and dunks. Sure, I'll concede that dunking on everything in his path is something Giannis does often. It's what makes him virtually unstoppable and an NBA champion. We heard that line from Harden on February 28th, 2020. Fast forward to today. Not only did Giannis go through Harden's Nets on his way to the title, he did it with one of the most dominant performances the league has ever seen. Last time I checked there's plenty of skill involved in dropping 50

In fact, even James Harden with all his skill has never scored 50 points in a playoff game let alone an NBA Finals game before. That's rough. Especially since Harden has had to "learn how to play basketball and have skill".

I'll never understand people who say Giannis doesn't have skill. What are you watching? How he gets downhill with ease, the spin and finish at the rim, just his overall ability to manhandle NBA players whenever he wants, that shit is a skill. That's why when I heard Giannis' viral quote about not joining a superteam, it was fairly obvious who he was talking about

Sure it fits for a number of players, but given their history when he says "I don't wanna put anyone on the spot" in my brain he's 10000% talking about Harden. I can only imagine how mad Harden was in the strip club when he found out what Giannis did in Game 6. God forbid someone showed him that clip. The beauty of Giannis talking his shit is he's the champ. You win the ring, you can talk all the shit in the world.

The next step here is obviously someone tracking down Harden and asking him if he thinks Giannis has any skill. That or we have Giannis on video saying some shit like "not bad for a guy with no skill" or something along those lines. Let's add some real fuel to this fire heading into next season with the Bucks as defending champs and the Nets as title favorites. Seems like a no brainer.