"A woman claims she's been raped by her husband's best friend, Jean de Carrouges. But when no one believes her accusation, her husband challenges his friend to a duel, the last legally sanctioned duel in the country's history." 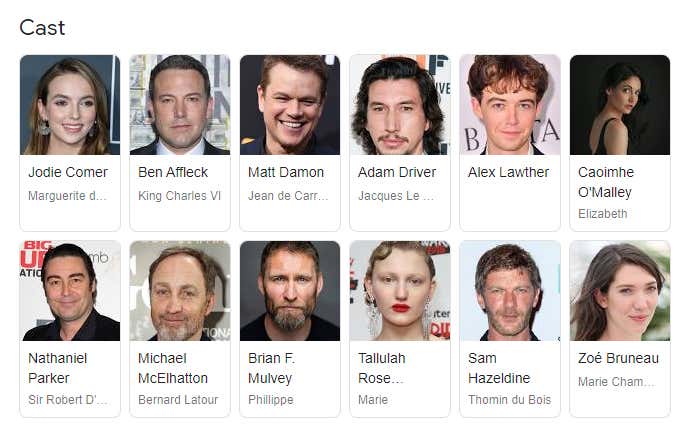 I've been waiting for this movie TWO YEARS! Here is my first blog on it from July of 2019. This is a momentous movie not only for the stacked cast, but for the back end as well. Ridley Scott is a legend in filmmaking, and he has cinematographer Dariusz Wolski (Prometheus, The Martian, Pirates of the Caribbean), Composer Harry Gregson-Williams (Metal Gear, Narnia, The Martian) and it's written by Nicole Holofcener (Can You Ever Forgive Me?).

Also credited on the script are Affleck and Damon, who are starring in a movie together for the first time since Good Will Hunting (key word, starring, all you Dogma heads).

I love the concept here, the setting, and just about everything else involved. I'm hoping for a vibe similar to the Netflix movie 'The King', which was very underappreciated in my opinion. I also hope that they let Scott get control over the final cut. As much as Snyder gets known as the directors cut guy, Scott is probably the foremost directors cut guy.