$200 billion and he couldn't get a ring light up there? I mean that was some of the worst quality video I've ever seen. What even is this?!? 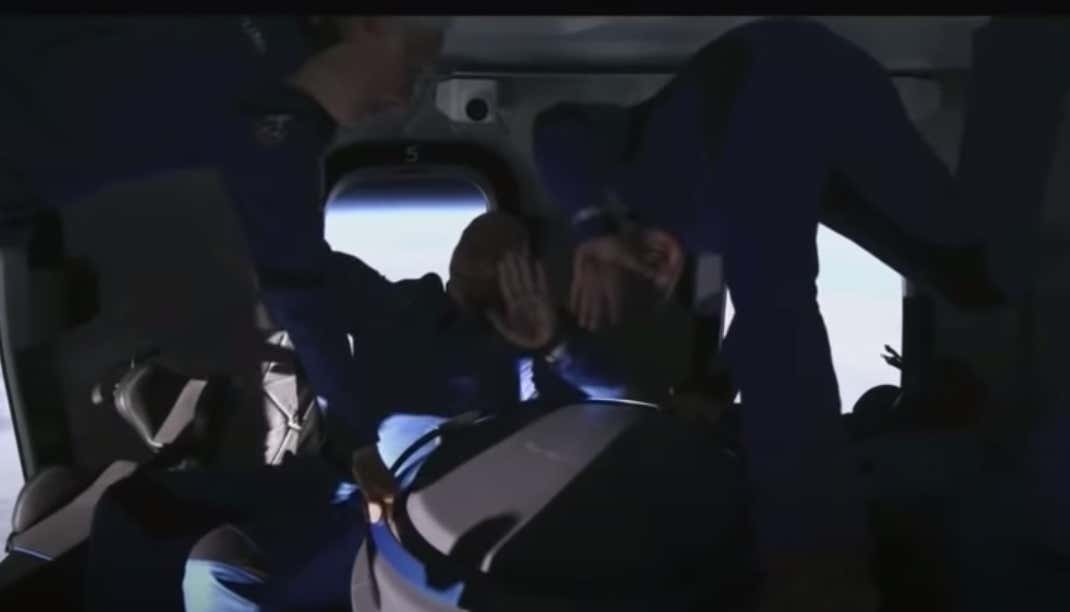 You'd think whoever was in charge of production would've taken lighting into account, but I digress. We've covered the "billionaire space race" extensively on the blog so this is the last thing I'll say- what a waste. Not in a "billionaires should be spending money on other things" way, but in a "that seems like an awful experience" way. You spend two full days training, pay hundreds of thousands of dollars on a ticket, and for what? Four minutes of weightlessness? You can do that on earth. Jackass did it in 2013.

Anyway, I've watched the video no less than ten times and it doesn't get much more awkward than that. The whole thing just felt so, for lack of a better word, goofy. Like you could tell they were underwhelmed by what they were experiencing so they tried to save it by tossing around some skittles and commenting on the "blackness of space." Even after they landed Bezos was trying to pretend to be excited…

What a goober. I'm hoping people eventually loose interest in this kind of stuff, but chances are they won't. Anyway, here's the Jackass clip I mentioned above. Enjoy..