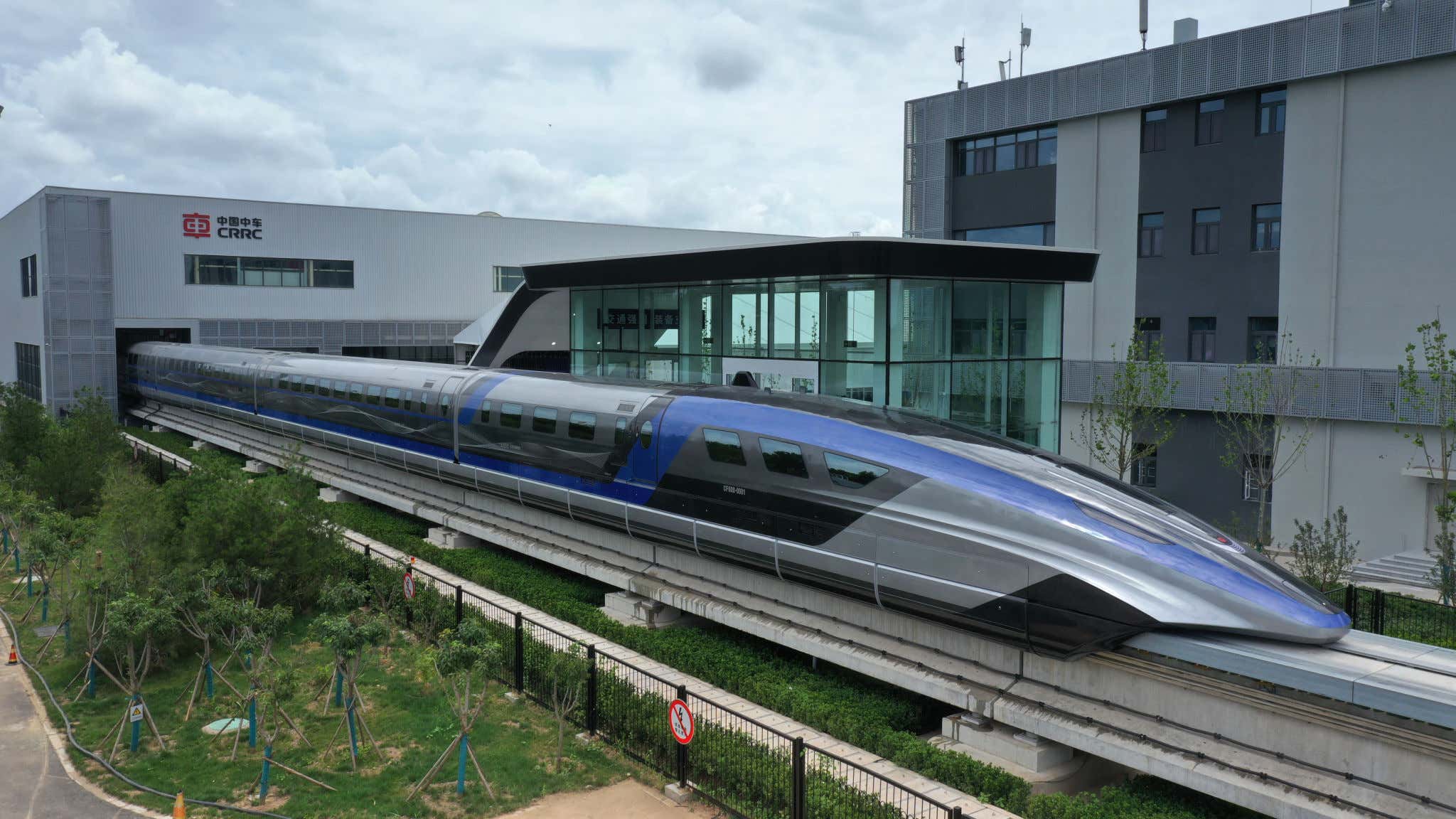 China unveiled a futuristic “levitating” train on Tuesday that has a top speed of 373 miles per hour — making it the fastest ground vehicle in the world.

By comparison, Tesla’s Model S Plaid — which the company bills as the fastest production car in the world — tops out at just 200 mph. The Chinese train uses “maglev” technology, meaning electromagnetic forces allow the train to levitate above the track with no contact between body and rail. The lack of friction lets the train reach blistering speeds.

I'm taking a train up to Boston tomorrow to watch some Yanks/Sox and I'll be traveling via an Amtrak train. It's 2021 and that trip is going to take me four (4) hours. FOUR HOURS! When I'm looking out the window I'll notice we're basically going the same speed a car would on the highway. Idiotic. Then you get a whiff of what China has cookin' and you wanna lose your fucking mind.

These guys just unveiled a magnetic levitating super bullet train that goes 370 mph. We're still rolling with Amtrak mickey mouse trains and these guys over in China are living in the year 2070 and beyond. It's embarrassing. We cannot be considered the greatest country in the world or anything close to that if we continue to get blown out of the water in the train game. A train from New York City to Boston (about 211 miles) should take less than an hour no problem. Nope, instead you can start and finish Avengers: Endgame and still have an hour to kill. It's nonsense.

The US has considered maglev lines in the Northeast Corridor, as well as between Philadelphia and Pittsburgh, but no project has made significant progress.

Cowards. Oh yeah there's talk of the hyperloop but let's face it we're never realistically getting that in our lifetime. It's all just cool concept designs. We could easily hit the ground running on levitating super trains right now, but we're too busy trying to fly rich people 50 miles into space for 5 minutes.