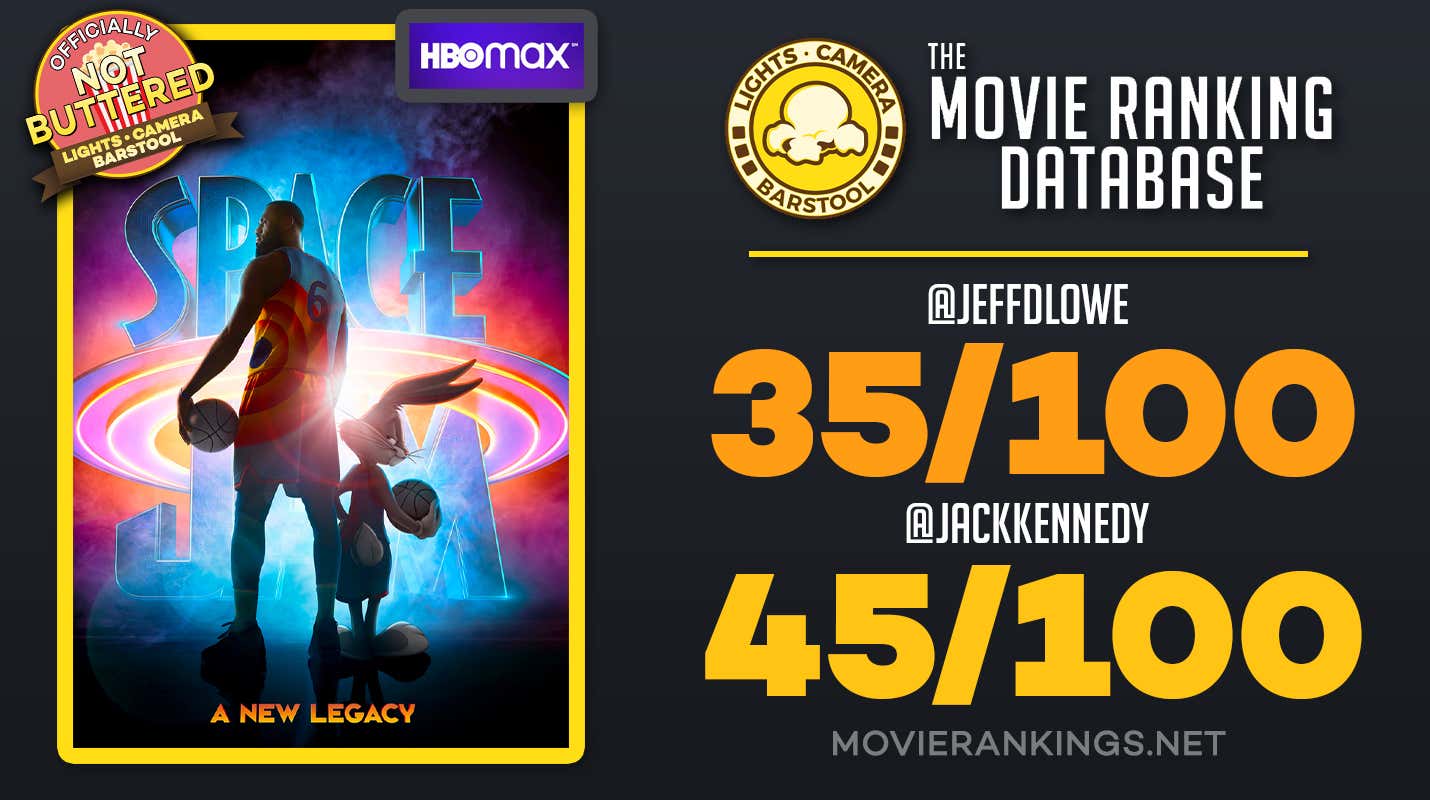 After a million years, we finally got to see the LeBron James 'Space Jam' movie, and, uh…

When LeBron and his young son Dom are trapped in a digital space by a rogue A.I., LeBron must get them home safe by leading Bugs, Lola Bunny and the whole gang of notoriously undisciplined Looney Tunes to victory over the A.I.'s digitized champions on the court. It's Tunes versus Goons in the highest-stakes challenge of his life. (via MovieRankings.net)

Let's get this out of the way: this is a movie for kids, with some elements directed at adults. That's really no different than the original movie, at least in terms of how the movie was put together. I am sure some kids will love this movie, hell, I assume most kids will love this movie and all the sensory overload that comes with it. That's not just fine, but great, I hope kids enjoy this movie like other generations enjoyed the first 'Space Jam'. The first movie is nowhere near a masterpiece, so to gatekeep, the franchise is a bad look.

And a movie made for kids doesn't have to be bad to be enjoyed by the target demographic, just as Pixar.

Outside of being overstuffed (almost a half-hour longer than the original, and the "basketball" game was a full fucking hour long), the biggest issue I had with this movie is that it felt like one long commercial for other Warner Bros. properties. I love a lot of what Warner Bros. has to offer, I am often called a shill of HBO Max, but this movie, and its potential, was completely steam-rolled by hamfisted references and cameos. There was an opportunity here to use Warner Bros.' other properties in a fun way, but it never truly came across totally genuine. There were a few moments that worked, but overall many of them felt as though they were in there just to show off what Warner Bros. and HBO Max have to offer.

At times during the movie, I was even finding myself forgetting that this was supposed to be about LeBron James and the Looney Tunes! The lack of focus derailed what, honestly, could've been a really nice follow-up to a fun original movie. For all of its (small) faults, the original 'Space Jam' movie got the job done, it achieved its goals and hit the important marks to preserve its intended charm.

The new movie? Not so much. It felt like a movie taken over by a studio, and knowing the production problems, which included Justin Lin stepping down as director, it isn't all that surprising.

Is it a fun movie at times? Yeah, sure. But 'Space Jam 2' is leagues behind what 'Space Jam' did many years ago, and still manages to do to this day.

I think one of the biggest differences was the number of moving parts. This movie definitely feels overstuffed and less simplistic than the original, almost to the point of sensory overload. The Algorithm thing, the kid's subplot with the video game design, and just the overall sheen of all the settings just turned me off to it.

I was actually expecting a bit more from LeBron because I do think he can act better than he did in the movie. The rest of the cast was fine, but LeBron's performance kinda bummed me out because I do think he is a lot more charismatic than MJ despite being less cool. And that commercial feel to this is just something I couldn't shake. It felt like a WB upfront event.

Where I’ll give the movie props is that I do think a decent chunk of the humor landed across different age ranges. There was some stuff I chuckled at, and some lines I cringed or groaned at while being cognizant that if I was a kid I woulda liked it.

I tweeted out that if kids like the movie then I guess it is a success. I got some DMs and tweets with a mixed response in that regard, so I don't know. Beauty is in the eye of the beholder I guess.

--
The movie is Not Officially Buttered, but is still worth a try in theaters or on HBO Max just for the hell of it. If you can see it in theaters, do it! Go to the movies! Have fun! You can head to Lights Camera Barstool right here to listen to our latest episode where we discussed the movie in full with Coley Mick.