In case you haven't been paying attention, there's an ongoing problem affecting all sports, across the board. And we need to resolve it before someone gets seriously It's not PEDs, or concussions, or where trans athletes should compete, or fighters and wrestlers crash dieting in order to make their weight. It's an age old issue that the world has long struggled with in other walks of life. And now it's come to fruition in athletics.

Booty shorts. Specifically, how much is too much to show?

Breen, 24, says an official at the English Championships on Sunday told her the briefs were "too short and revealing".

The sprinter and long jumper said she was highlighting the incident to stop it happening to others.

"It made me feel really angry and it's very wrong," said Breen.

"You know they can't comment on what we can and can't wear."

Breen won a world championship gold medal in the T35-38 4x100m class in 2015 and again in 2017 in the T38 long jump and has been wearing the same style of competition briefs from her sponsor throughout her career.

Breen believes male athletes would not face similar scrutiny or criticism but, after posting about the incident on social media, said other females have told her they have suffered similar experience.

Before we go any further, it's not relevant to the story, but since you're no doubt asking, this is from Olivia Breen's Wikipedia page:

Breen, who has cerebral palsy, began racing while still at primary school. Breen was given her T38 classification in January 2012, allowing her to be brought into contention for Paralympic selection.

With that established, it seems like the governing body of all these female sports can simply apply the same standards as the all-girls school my friends' daughter went to: Your hem can't be higher than your fingers when you put your arms straight down. Then, as long as you leave enough space between yourself and your dance partner for the Holy Spirit, everyone's problem is solved.

OK, so showing buttcheek is strictly mandatory on some beach volleyball teams. Part of the long and proud tradition of the sport: 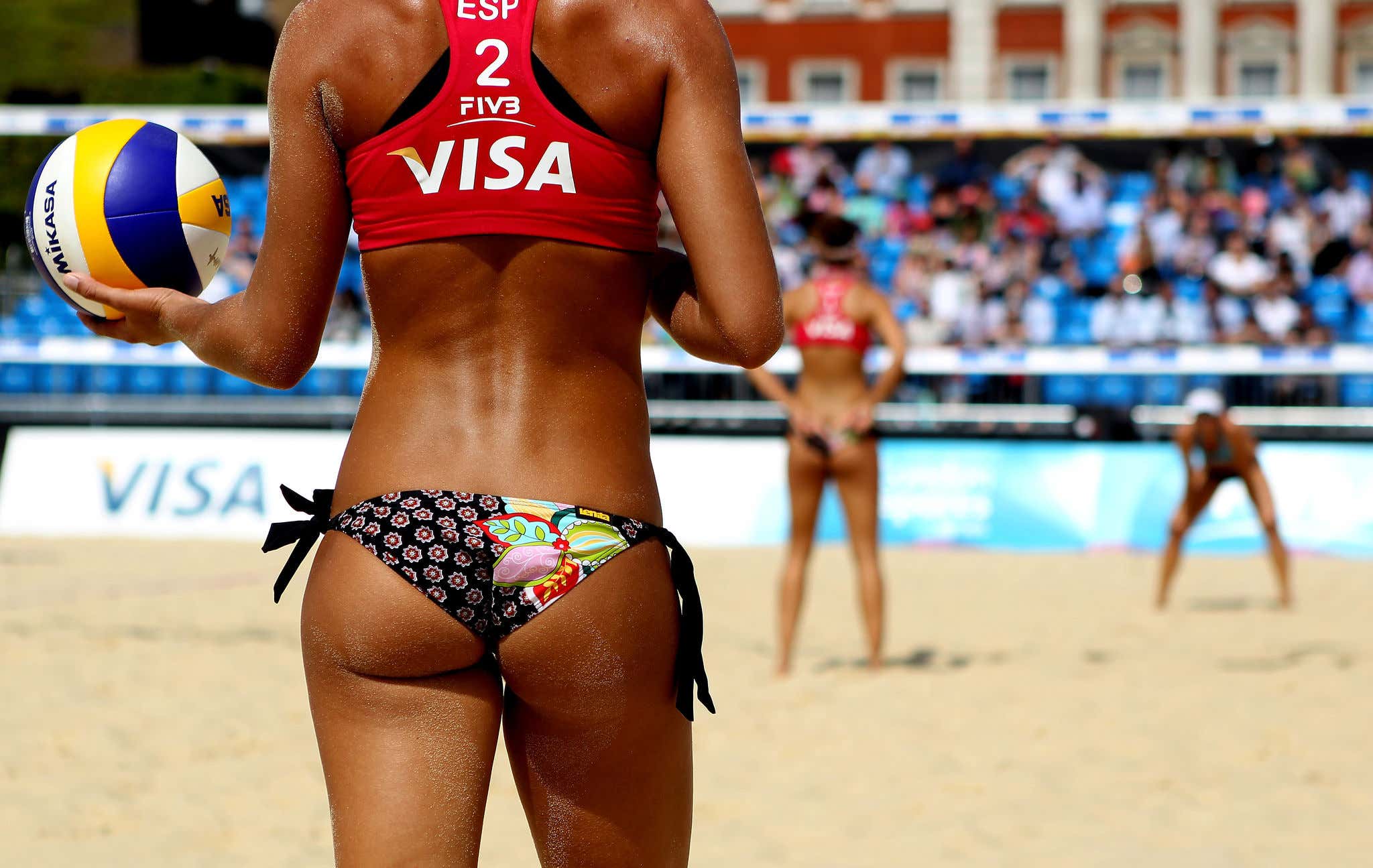 In the same way golfers on the pro tours have to wear long pants and tuck in their shirts. Got it.

And to echo Olivia Breen's point about the men's sports not concerning themselves with how much ass the fellas show, for generations the swimming and diving teams have competed in gear that, to steal a Robin Williams joke that he no doubt stole from somebody else, is so small you can tell what religion they are: 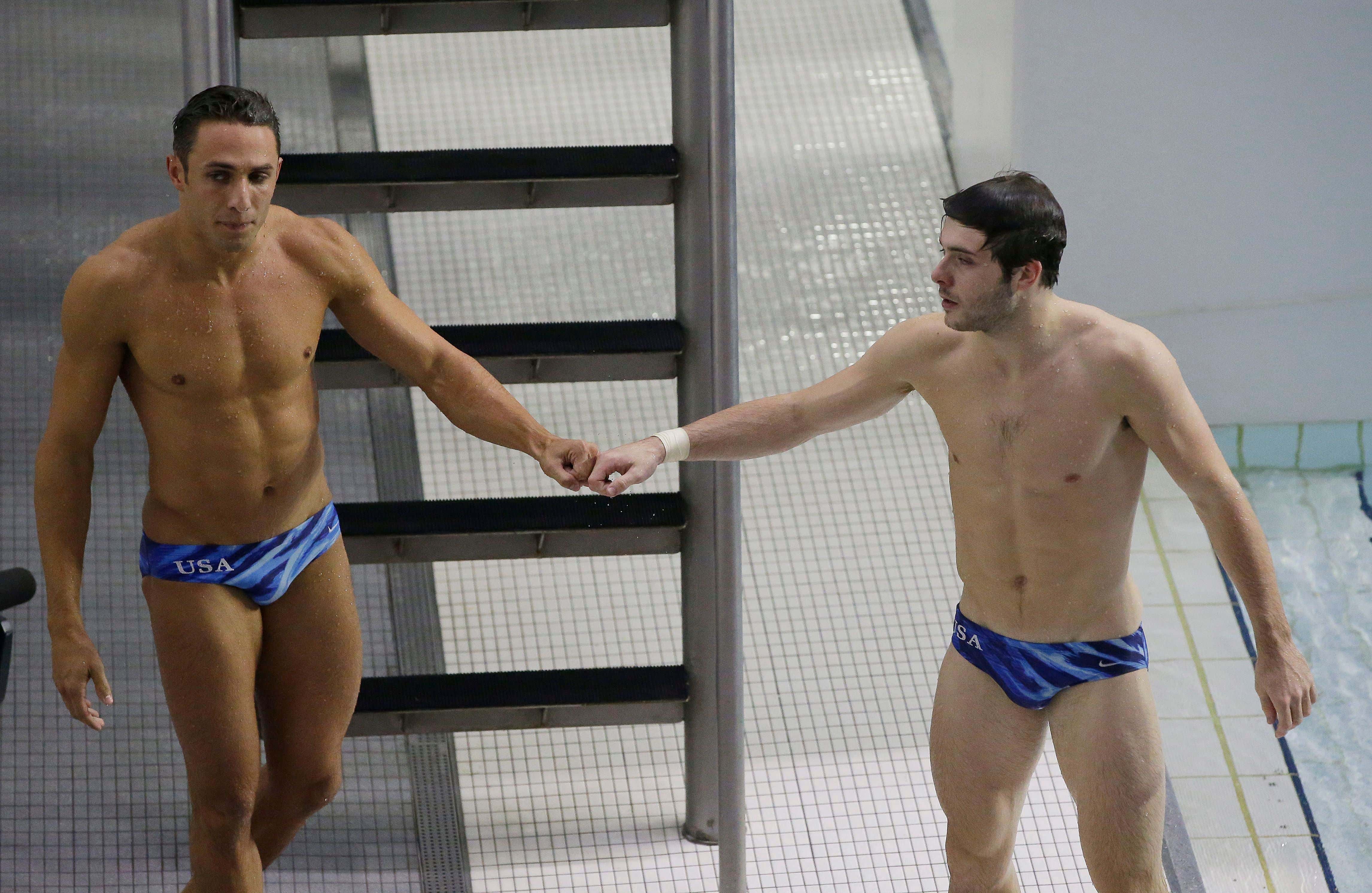 And the topic has never been brought up. Nor has it been a problem in wrestling. Not even Sumo, in which the male cheek is as celebrated a part of the sport as honor, sportsmanship, and morbid obesity.

And just out of a sense of decency and career-preservation, I won't get into my own flawlessly-butted Irish Rose's favorite Olympic sport, women's gymnastics. But you know as well as I do that what Olivia Breen wears would be the equivalent of a snorkel jacket in the floor exercises or balance beam events. The point being, these are athletic events, and you've got to wear whatever it takes to win. Or not wear, as the case may be.