I am loathe to even bring this up because to me, there are three recurring sports topics that are awful to bring up because they bring out the worst in everybody. I'm not talking about worn out, picked over, perennial old talk show fodder like Pete Rose or Lebron vs. MJ. But those ones that annually pop up in the news cycle like Daylight Savings, just to throw everyone off their game and make us feel miserable. In no particular order they are:

--Who doesn't belong in the Baseball Hall of Fame because they might have done PEDs.

--Who visited the White House and who "snubbed" the Leader of the Free World [tm]?

The first time I can remember the last of those coming up was 2011, when Tim Thomas refused to go with the Bruins to Obama's White House. And overnight he went from the Conn Smythe winner who had three Game 7 wins with two Game 7 shutouts, including the Stanley Cup Final, to either a Great American Patriot or History's Greatest Monster, depending on which asshole was yelling at you about him. It didn't matter that a few years earlier, Theo Epstein refused to go with the Red Sox over his objections to George W. Bush. Now, whether you went or not was no longer just your personal preference. It was the worst of all things.

A capital "I" Issue.

At that point, going or not going was a statement. Show up for a few photos and to give POTUS a shirt with his name on it and you were tacitly endorsing all his policies. Skip it, and you are rejecting all of them. At least in the eyes of angry people with opinions, internet access and enough idle time during the day to stay on the line, caller, and we'll get to you on the other side of the break.

And so, naturally, the one who's been in the white, hot center of this annual nontroversy is the guy who's won the most. Through four different Presidents, two from each party. Every time Tom Brady has exercised his right as an American - and the only American who can reasonably be sure he'll get the chance to come back to 1600 Pennsylvania Ave. - to decide for himself whether he wants to go, it's been a total GOATfuck of enflamed passions and political opinions he has never once expressed being projected onto him.

From what I gather, he did go to the Bush White House in 2002-2005. Back then, in the pre-Thomas days, it wasn't newsworthy. In 2015, he blew it off the Obama White House, and it was widely seen as a power move, announcing to the world he was a right wing extremist. Though to me, this was still the early days of Deflategate, when Brady had been turned into a national punching bag. Including at that hot bed of cutting edge comedy, the White House Briefing Room:

So I assumed he was in no mood to play grabass with them or anyone else.

In 2017, the occupant of the Oval Office was an old golf buddy of his, who couldn't have been further apart on the political spectrum from the previous one. 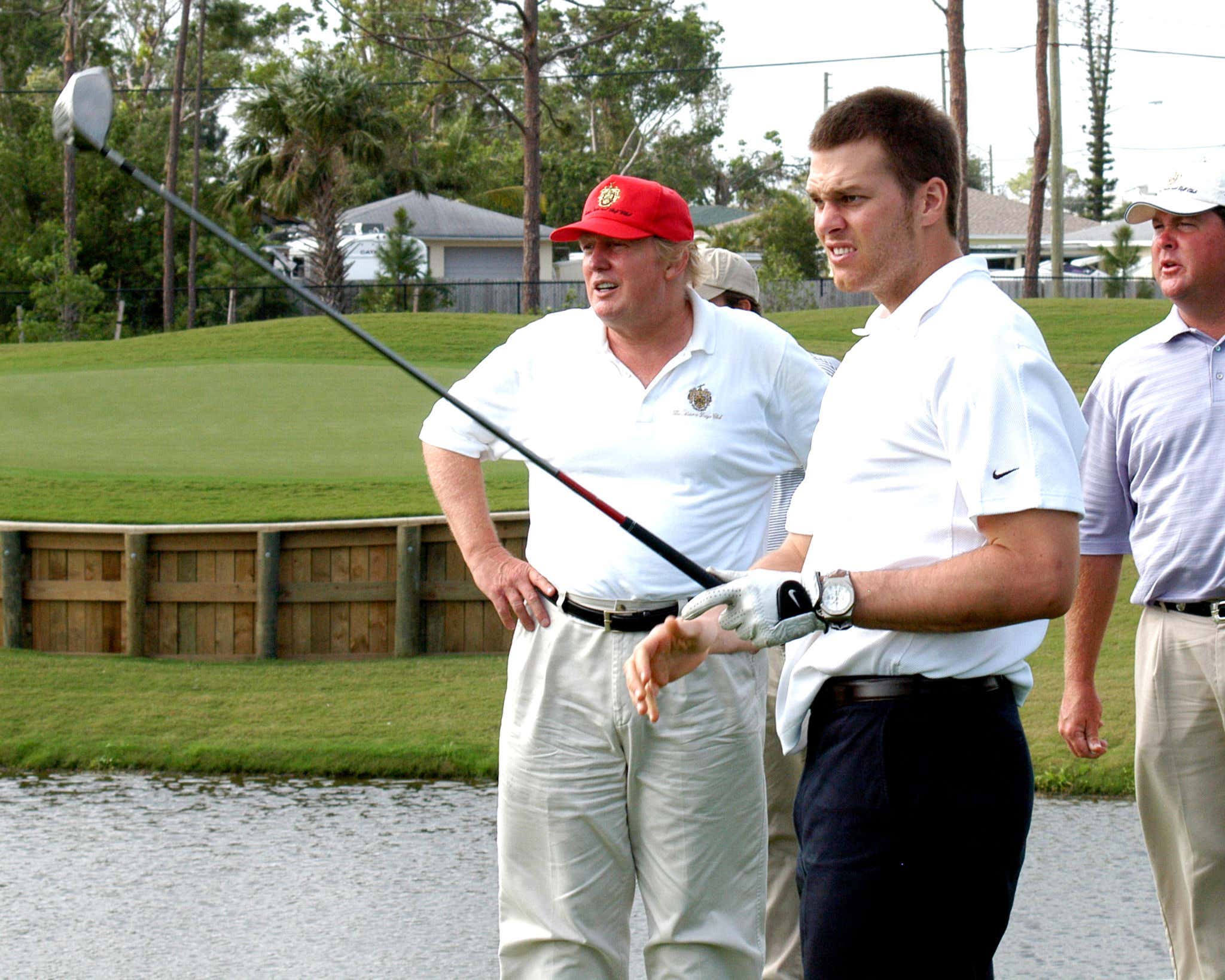 And still, he had better things to do: 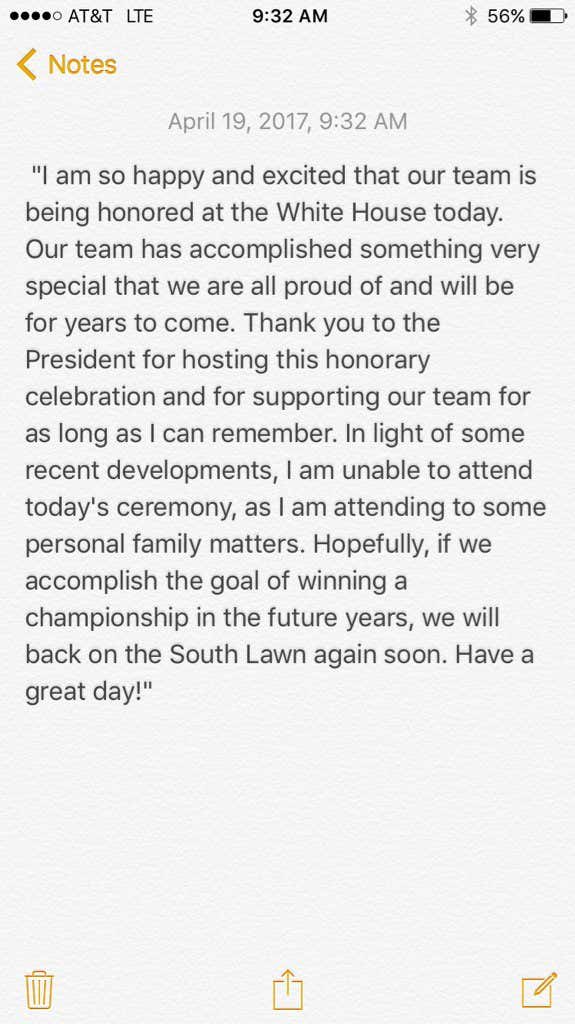 Which placated exactly nobody. The ones who cheered when he skipped out on Obama called him a hypocrite. And the ones who dragged him for skipping out on Obama called him a hypocrite. (The one thing they could actually agree on.) And if I recall correctly, the day most of his teammates and coaches were standing on the balcony above the South Lawn, Brady was spotted in a store buying an Apple Watch. Then he followed that up again two years later by big timing Trump twice, a record for NFL players that will never be broken.

Now he's going. Maybe it's a political statement. Maybe he got shook by all the talk about the MAGA hat in his locker and wants it to be known he won't be pigeonholed as the Alt-Right Proud Boy he was being made out to be. Or, more likely, he's still got a grudge against his old team and wants to stick it to Bill Belichick and Mr. Kraft with an ostentatious public display of unity with his new found love. Either way, I hate these stories. All I can do is hope it IS about resenting his old coach and owner, because at least it's about football, not about which party is holding the nuclear football at the moment.

Well that, and I hope the next time I write about who went to the White House and who blew it off, it'll be about a Boston team again. As bad as they are, these stories are sports' ultimate Champagne Problem. 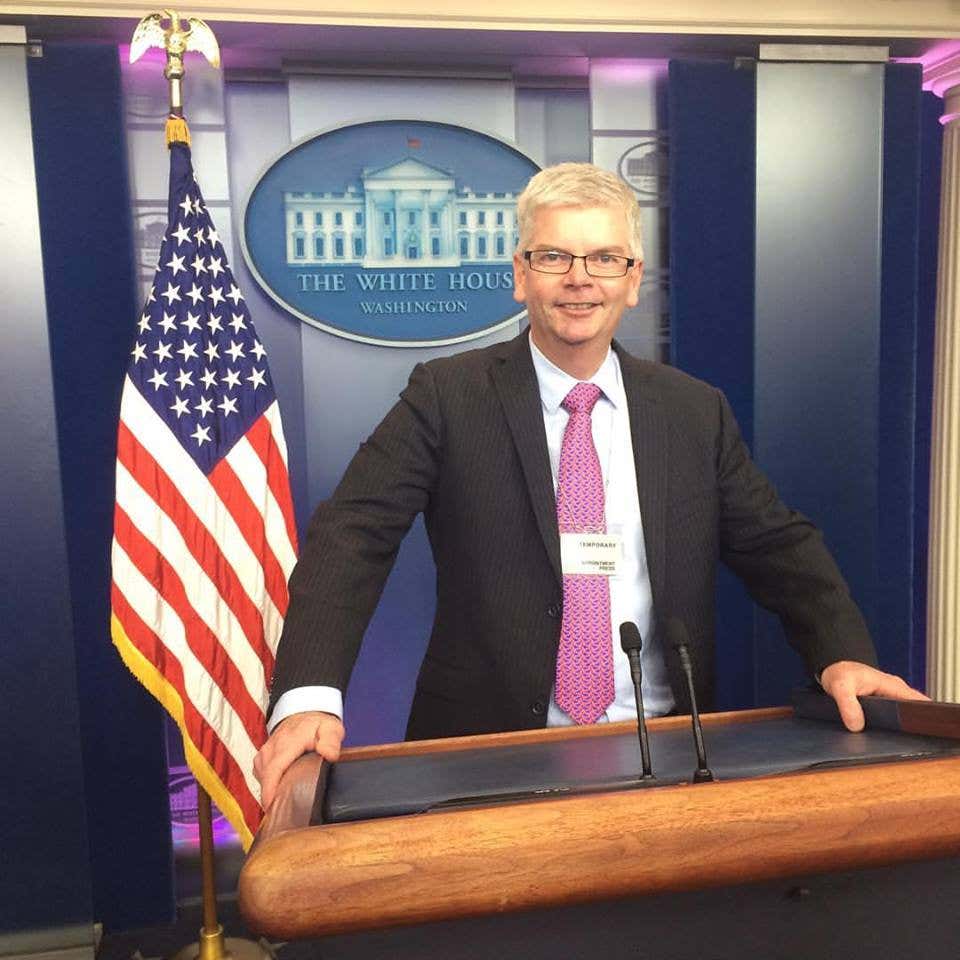