Drink Business - To celebrate the iconic rapper and his hometown of Brooklyn, Budweiser has designed a series of limited-edition Tall Boy cans featuring the face and lyrics of Biggie Smalls.

A hand-drawn sketch of Biggie, real name Christopher Wallace, stares out from the Tall Boy cans, alongside motifs of the famous Brooklyn skyline and lyrics from B.I.G’s hit song ‘Unbelievable’, which read: “Live from Bedford-Stuyvesant the livest one, Representin BK to the fullest.”

The project is in collaboration with The Christopher Wallace Estate and symbolises an enduring love and respect for the artist, widely considered to be one of the greatest rappers of all time, who passed away in March, 1997, after being shot through his car window while his vehicle waited at a traffic light in Los Angeles.

Currently, the cans are thought to be available exclusively in New York, while supplies last. However, fans can get their hands on T-shirts, sweatshirts and sweatpants emblazoned with Biggie’s face and Budweiser branding through Shopbeer.com.

A live concert hosted by Budweiser is also set to take place in Brooklyn’s Prospect Park Bandshell on 19 August, to further celebrate the rapper’s life. Busta Rhymes, Lil Kim, and more are said to have signed up to perform.

I'm gonna be really dating myself here, but remember the second Dream Team, and the all-time marketing campaign McDonald's did for them with those supersize cups?

McDonalds ran this promotion back after seeing how huge the response was to their first iteration on the first Dream Team go-around.

There was NOTHING better as a kid than getting an ice-cold Hi-C Orange, "super-sized", and landing one of these bad boys that you didn't have yet to inch closer to completing your collection. My cupboards were fully stocked with this entire collection and about 20 Pawtucket Red Sox longest game in history cups.

That all said, there is nothing like a good drinking vessel promotion.

And when you think of brand synergy, name me two better than Biggie Smalls and Bud Heavy. You can't. 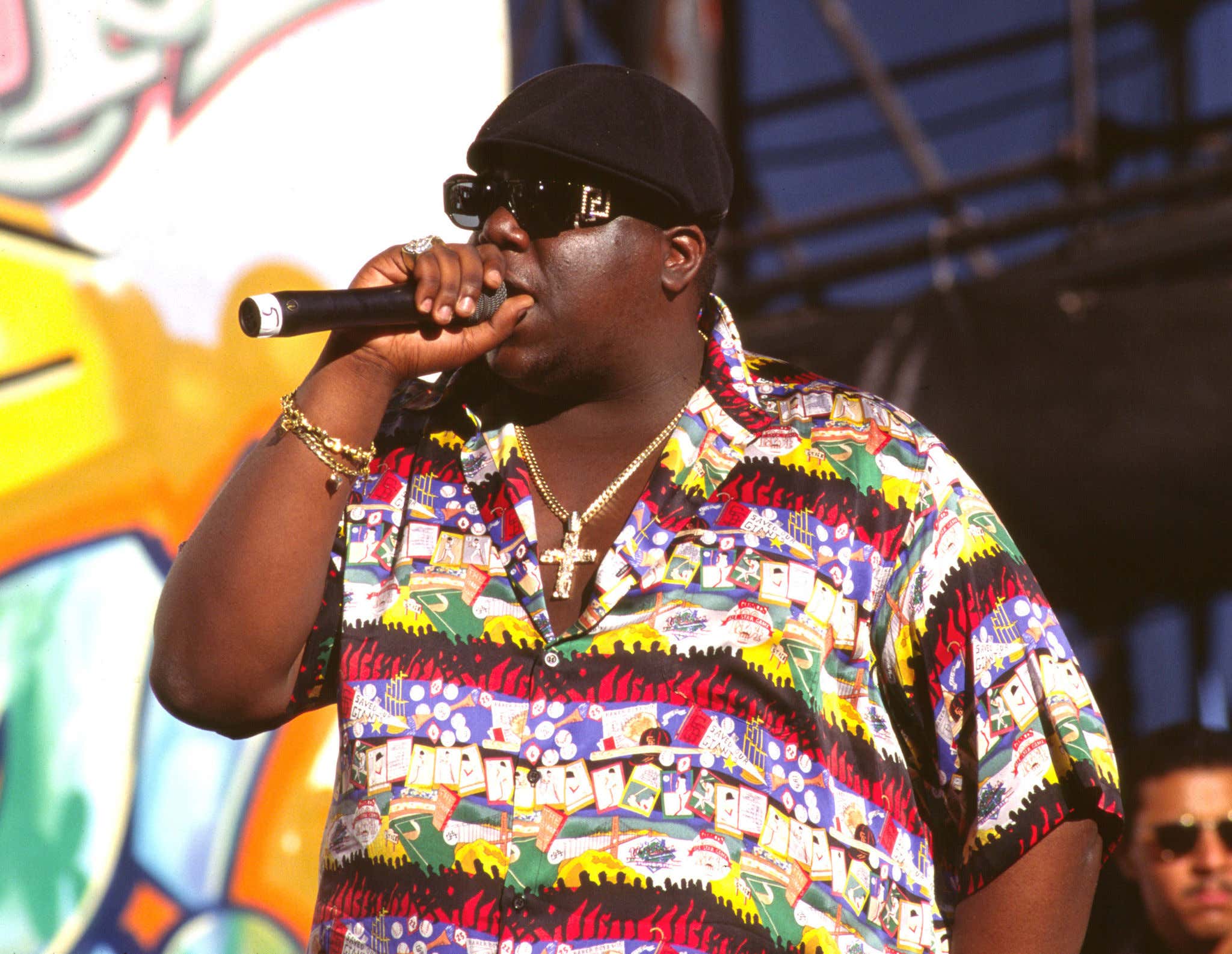 Dr. Venn would probably say no. 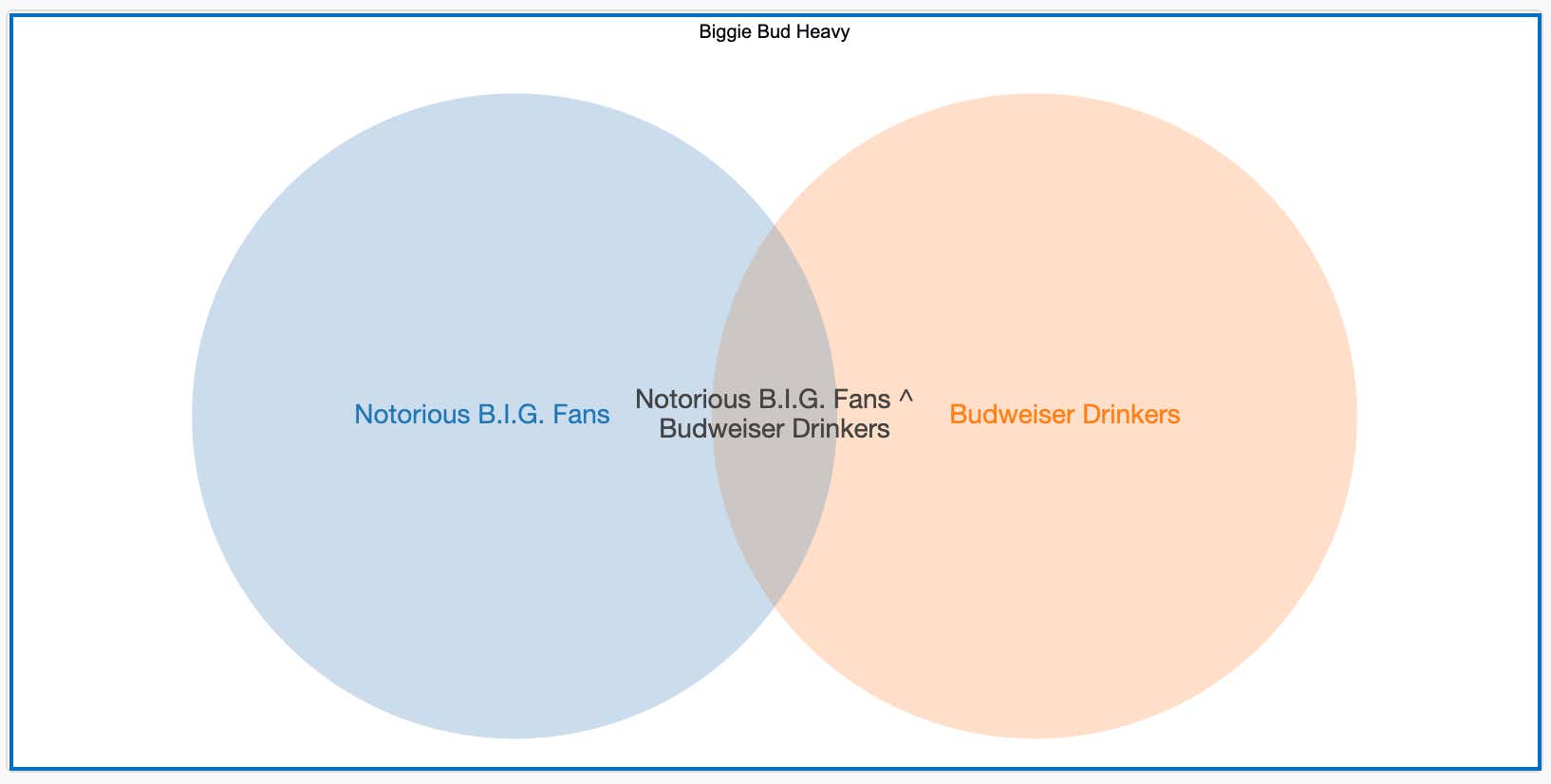 But should that deter collaborations like this in the future? Absolutely not.

In fact, I think it should encourage it.

I think Budweiser should take this promo and run with it. Give us an entire line of "Heavy Set Musicians" for the Bud Heavy cans.

I'll rattle a few off you can use for free. 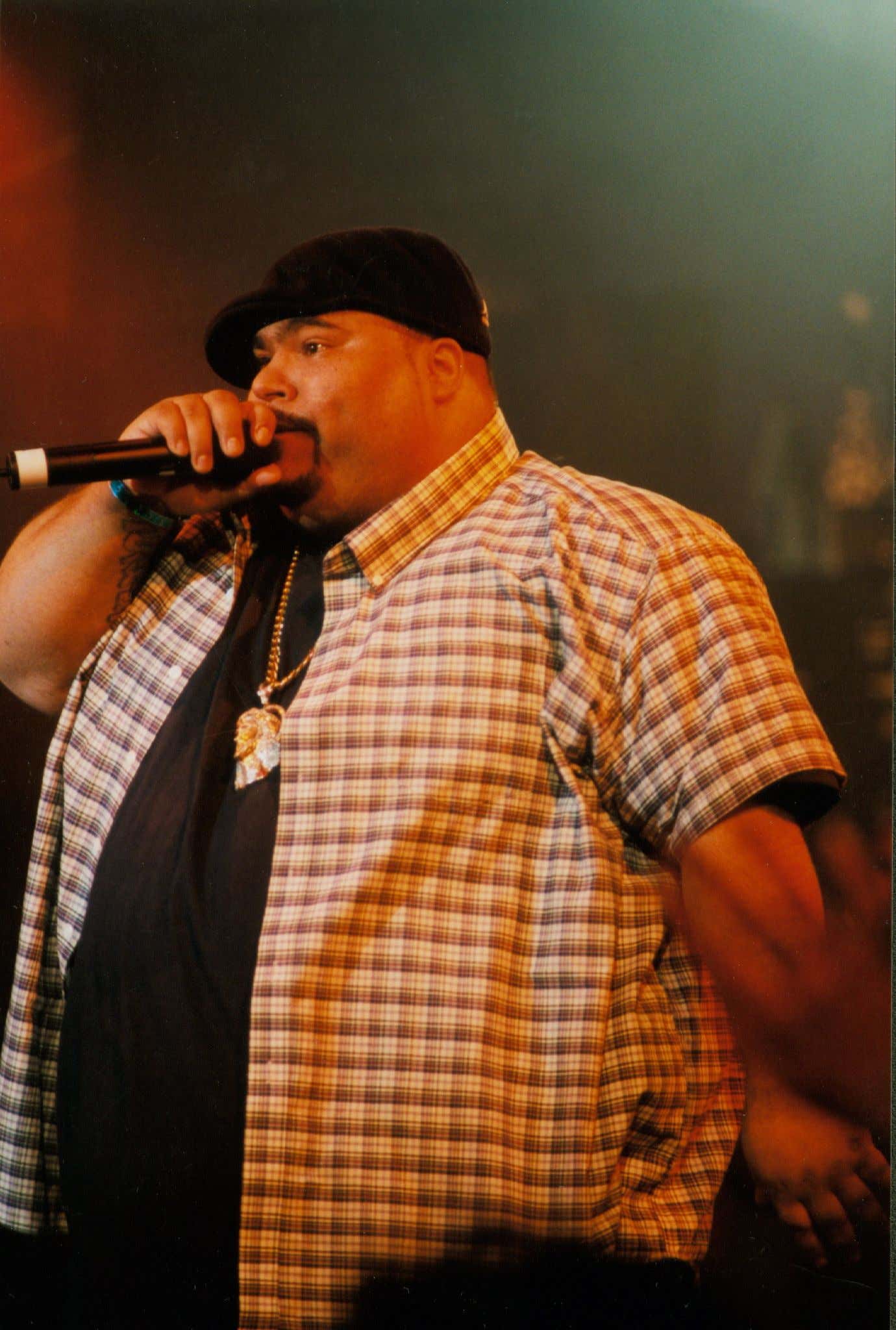 Big Punisher. You couldn't measure his dick with six rulers (his words not mine). Another obese, lovable rapper, gone too soon. Honor this man with a can, Bud. 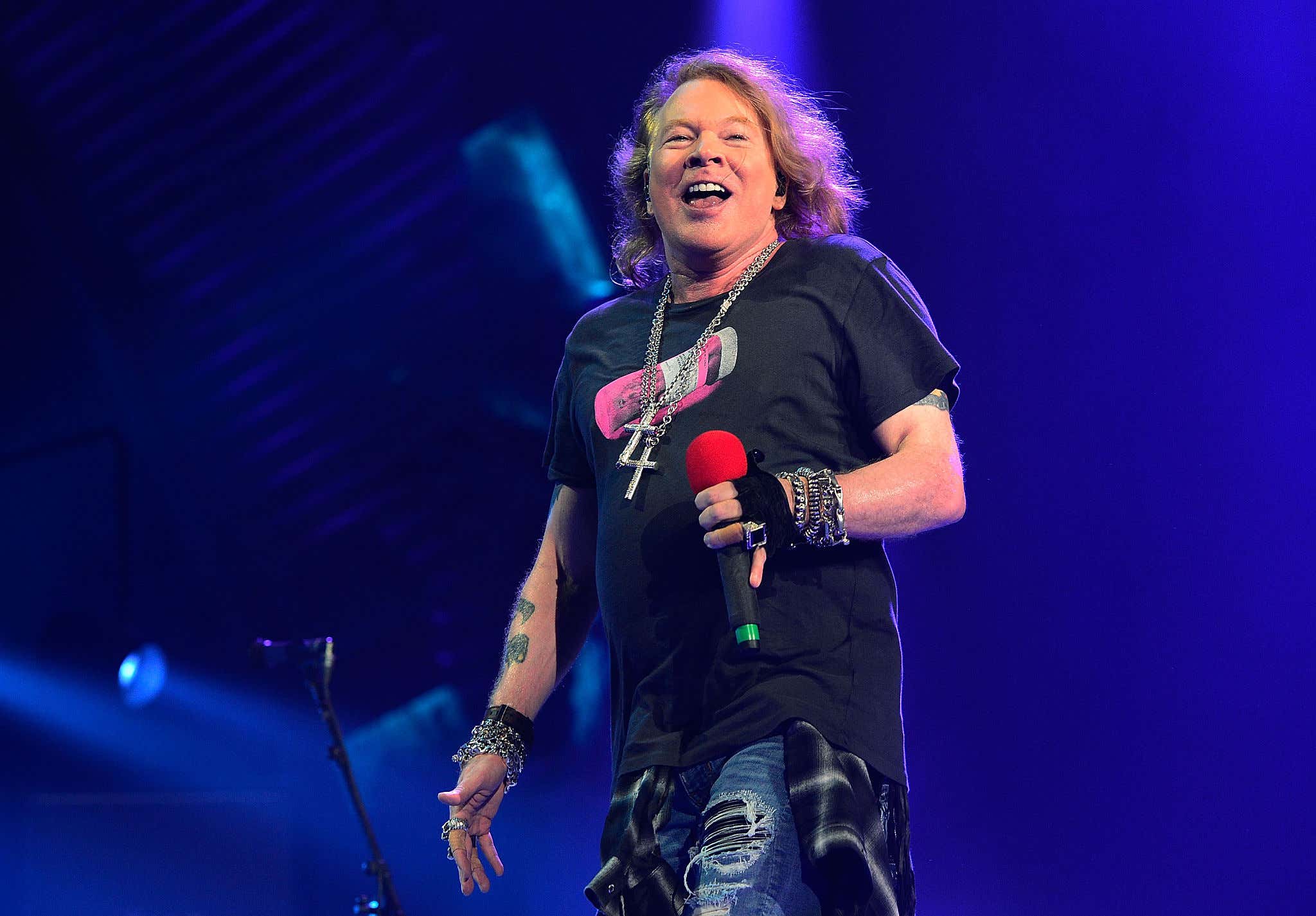 I love this man. He might be batshit crazy, and one of the most frustrating people to root for in music because of what a notorious asshole he is, but goddamn does he make beautiful music. I've got to see him seven times in concert and never left disappointed. But I'd be lying if I didn't say I was freaked out by how Axl looked. Especially compared to that fuckin babe Duff. Bloated, fat, and just sickly. Some guy standing next to me said he looked like Carrot Top got stung by a hive of bees and I couldn't shake that from my head.

Get Axl on a can. 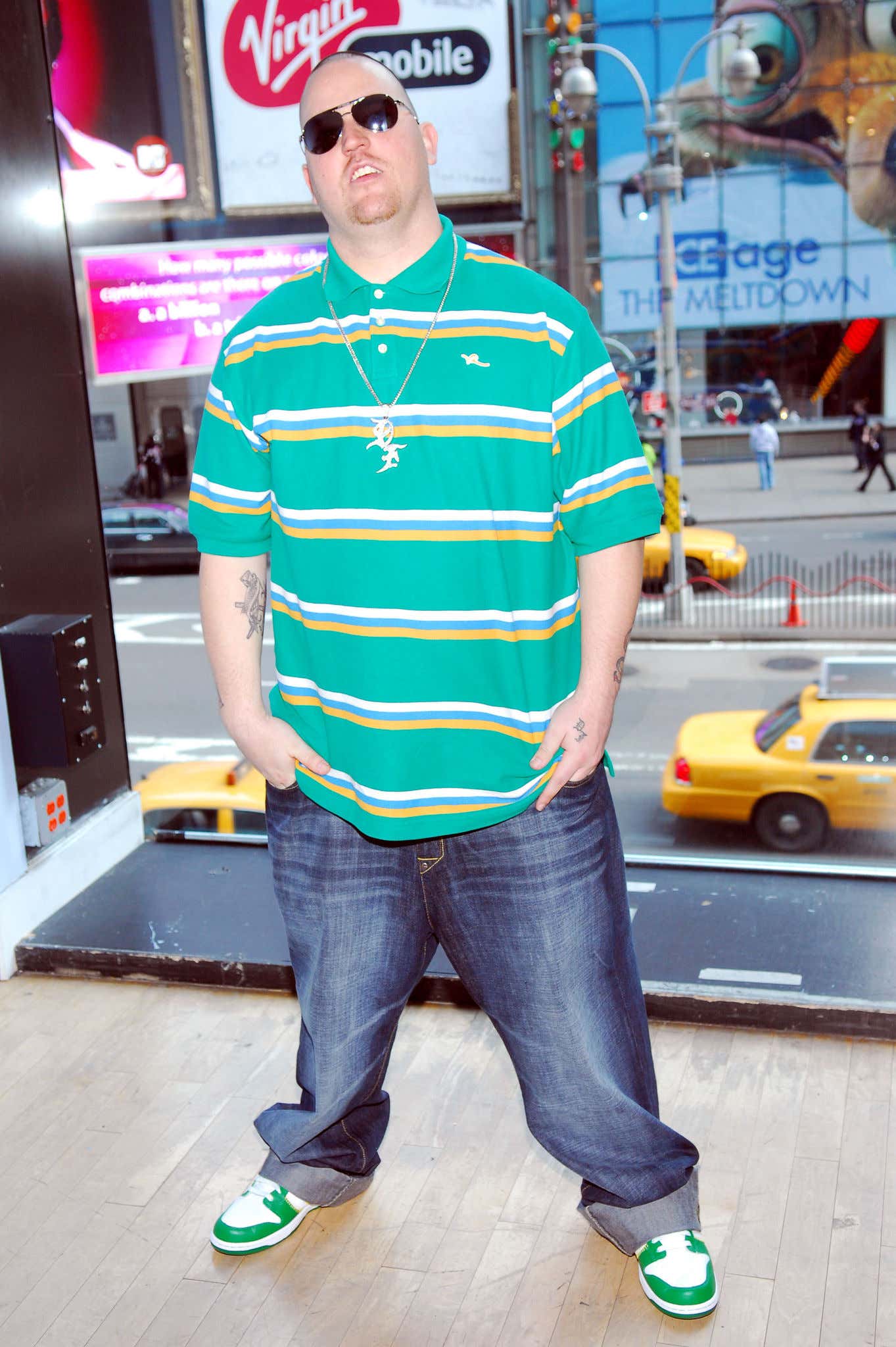 This one is too easy.

Has anybody heard from Bubba Sparxx in 20 years?

But who doesn't love a good comeback story? Communists that's who.

But we're American here so fuck them. Let's get Bubba back. And it starts right here right now. Get him on a Budweiser can and run a commercial campaign on television featuring his best song ever- "Deliverance"

(Sidebar - I don't think we valued and appreciated just how incredible Timbaland was back in the day. So far ahead of the game. His sound, vision, writing- just sonically superior to almost anybody today. Also along the same lines are the Neptunes and Swizz.) 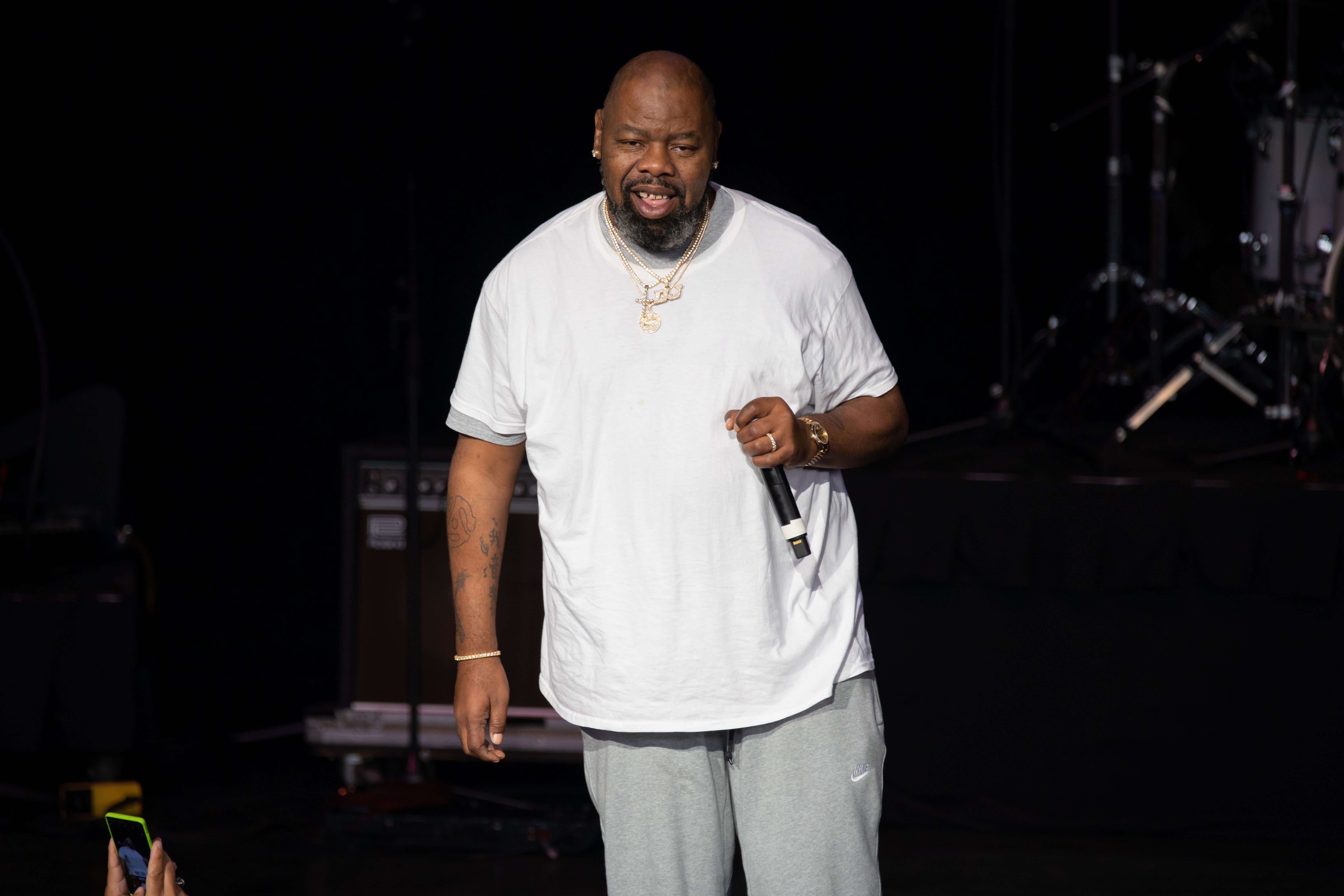 I know this one is still fresh so it might seem like a money grab. But what better way to honor Biz than with his own commemorative can?

Donate proceeds to Diabetes Research, which took his life, and do some good in the world. 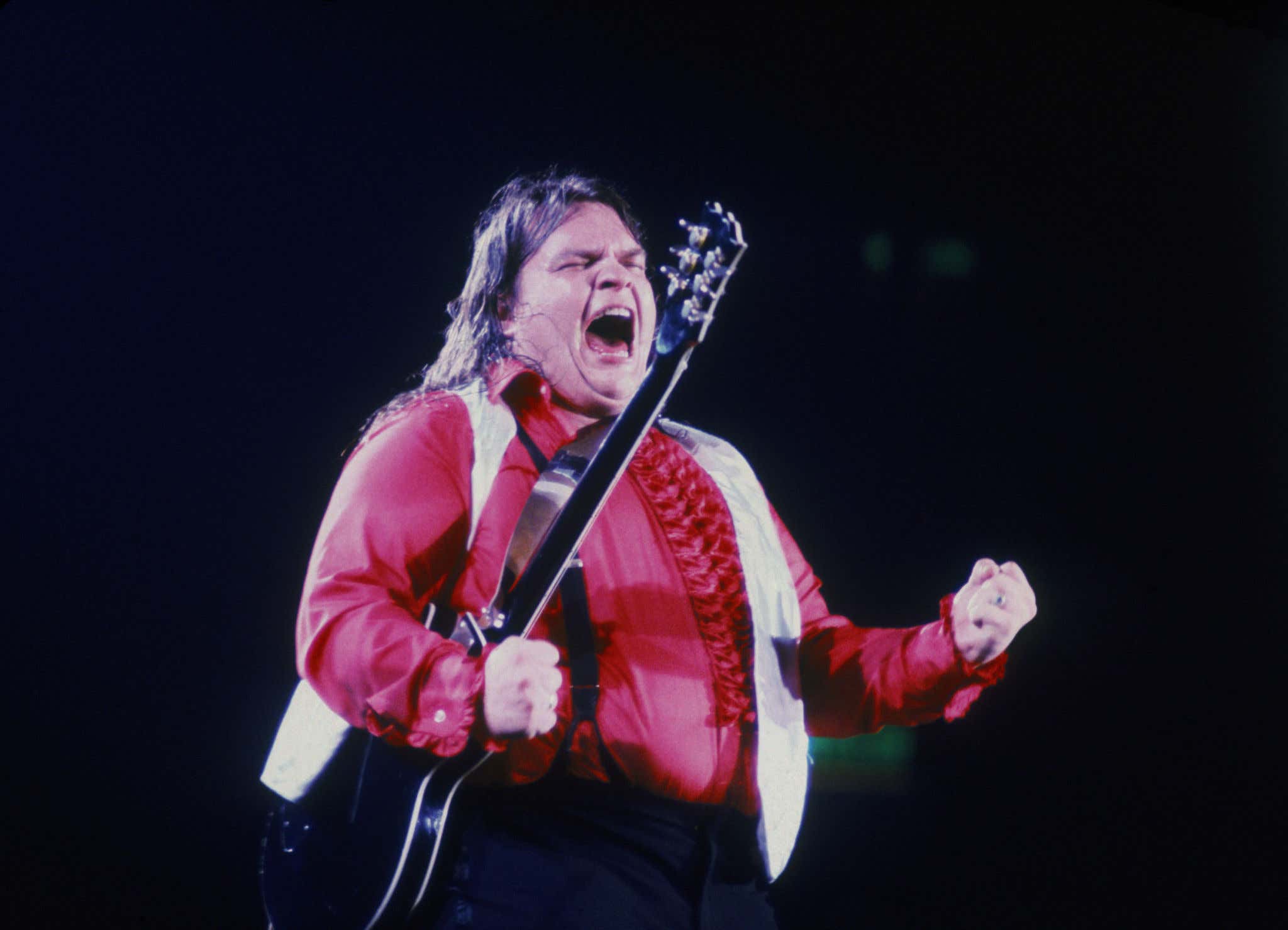 Is there another blogger in the universe that loves Meatloaf more than I? I doubt it, but if there is I would like to meet them.

This man is an icon.

He gave us multiple 6+ minute epics (when was the last time an artist made an "epic" by the way?) like 50 years ago that still bring down the house to this day.

Next time you're having a shit day, throw on Bat Out Of Hell and watch things turn around.

Get Meatloaf on a can. 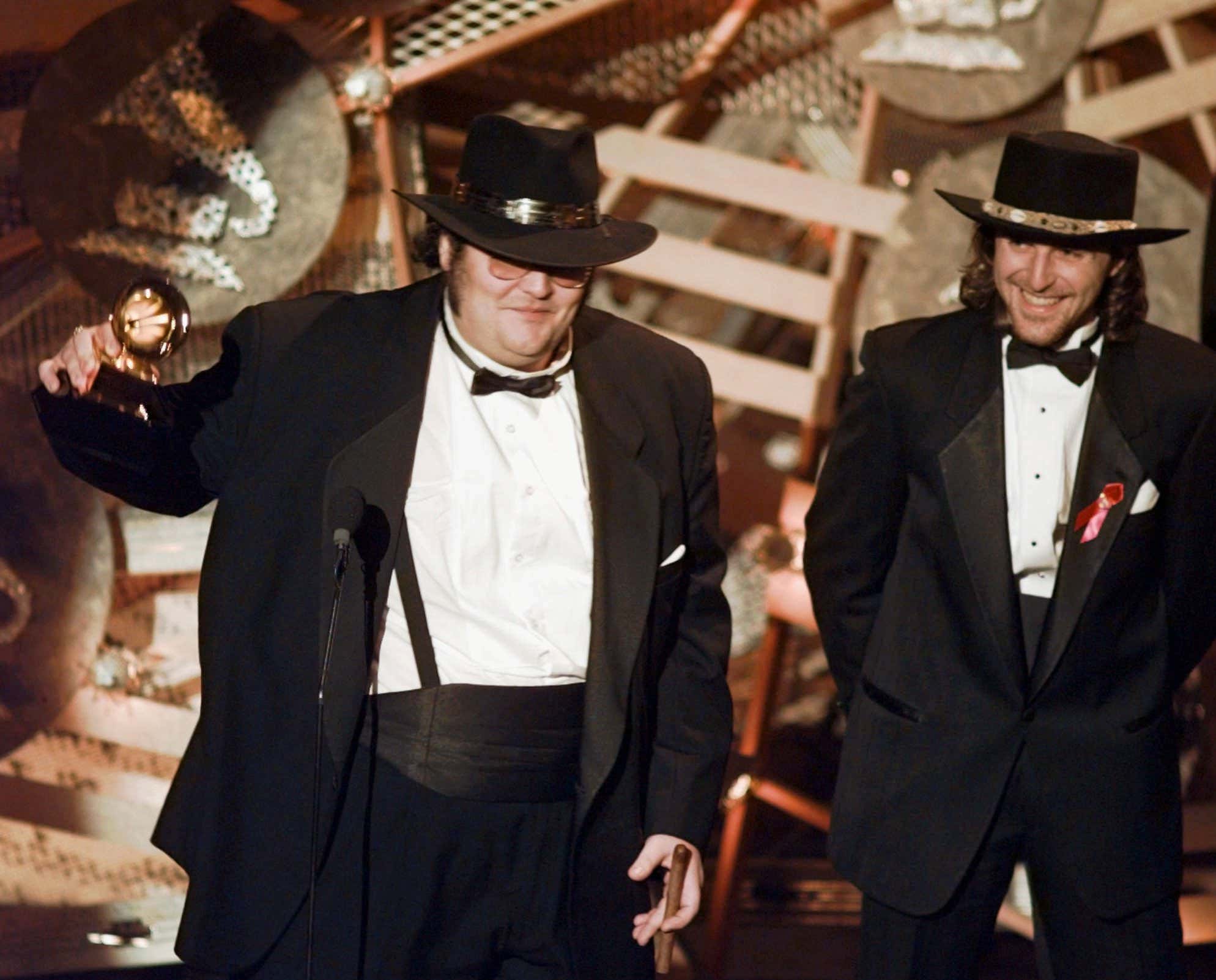 Now this one is going to be slightly difficult, but stay with me here because I have a solution. 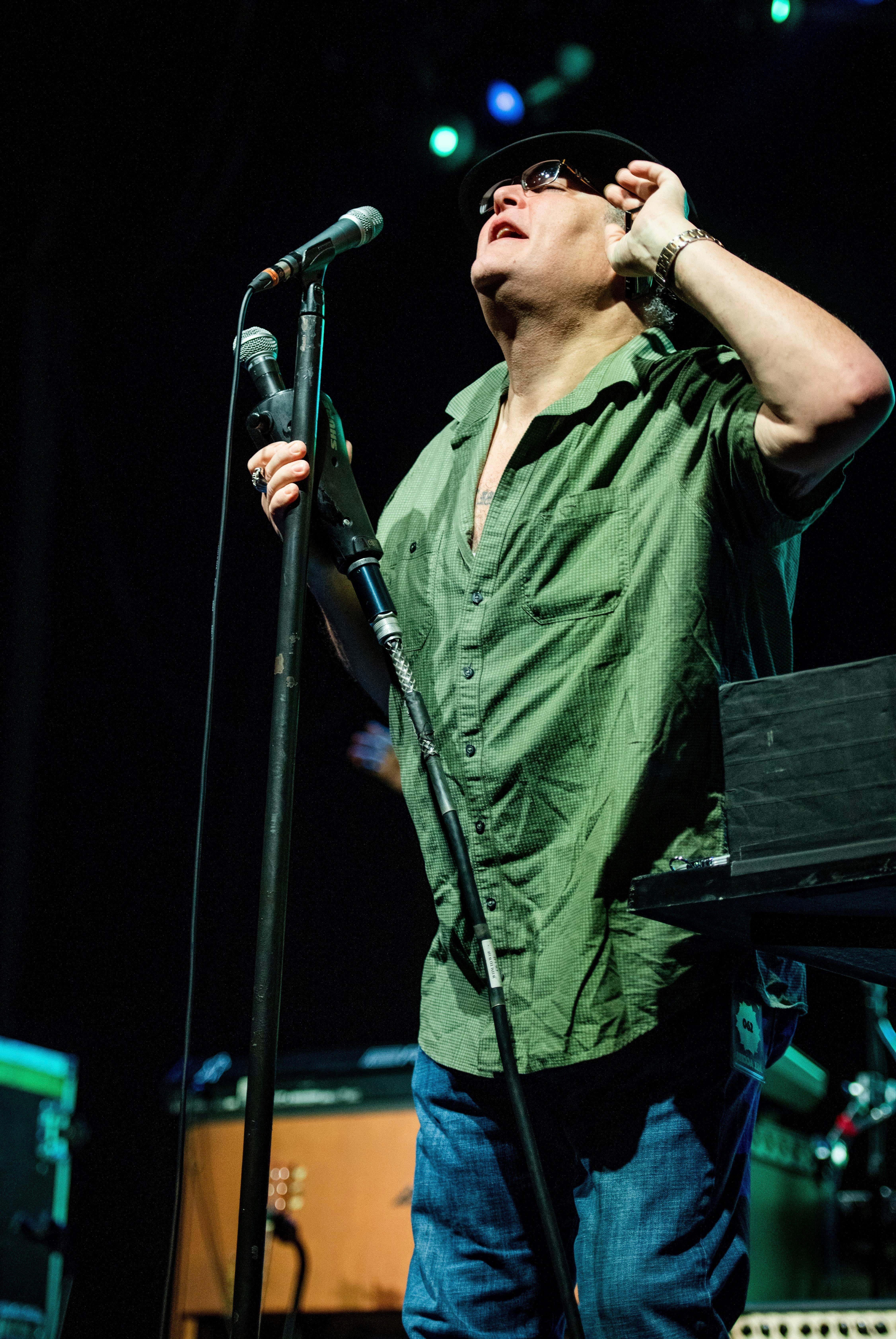 But we have a marketing campaign to run John.

So here's my solution.

Head to NYC and find an airbnb. Rent it out for 2 or 3 months, and spend your days hanging out at Barstool HQ. Don't attract any attention, just blend in with the 300 people there that nobody really knows. You can literally graze for hours a day there. There are pallets and pallets of snacks in the kitchen. They never stop coming. It's like the loading dock for a Costco. It's incredible. You'll be back to fighting weight in no time.

Popper gets a can. 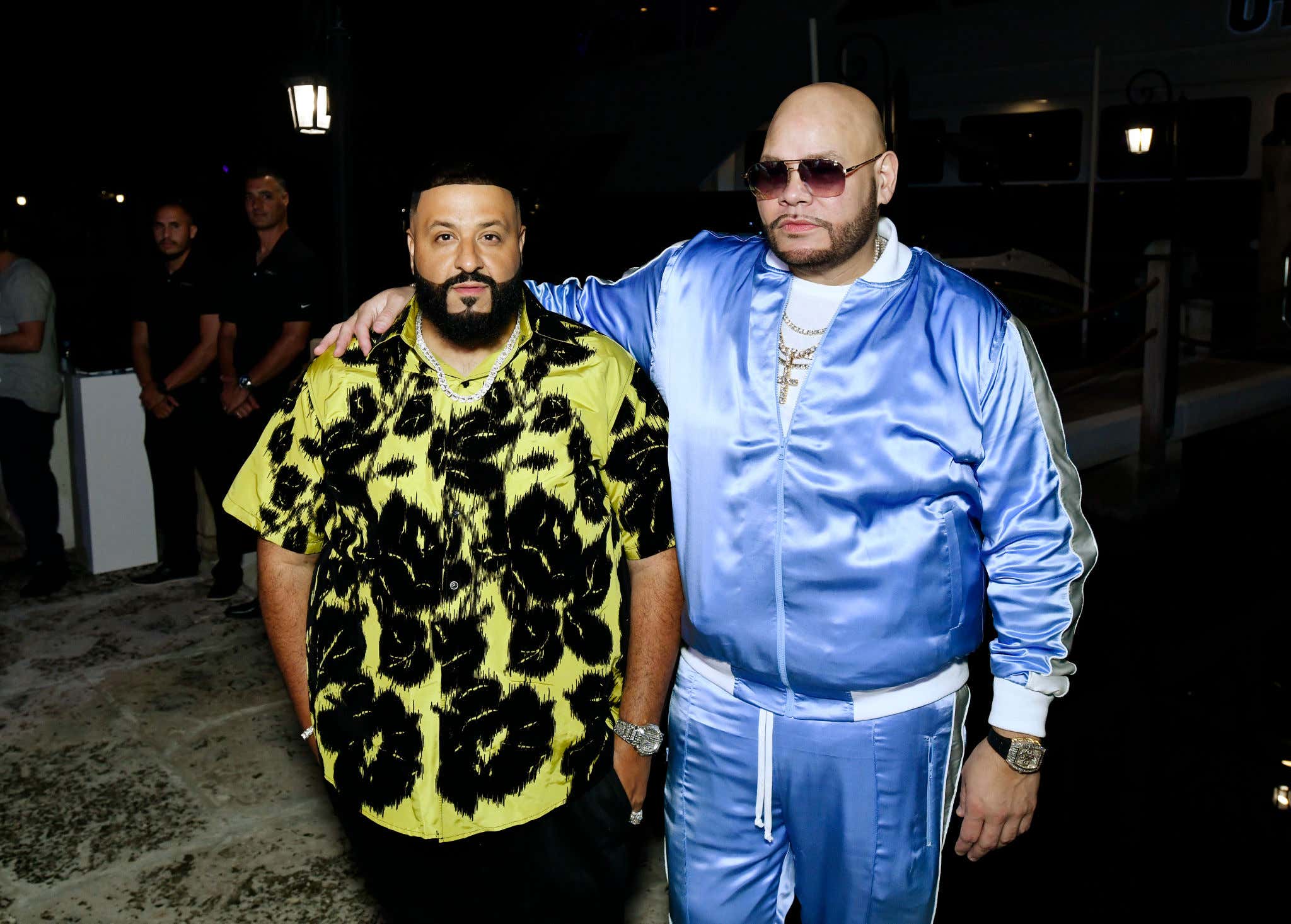 (p.s.- Khaled doesn't get a can because he whores himself out enough already.) 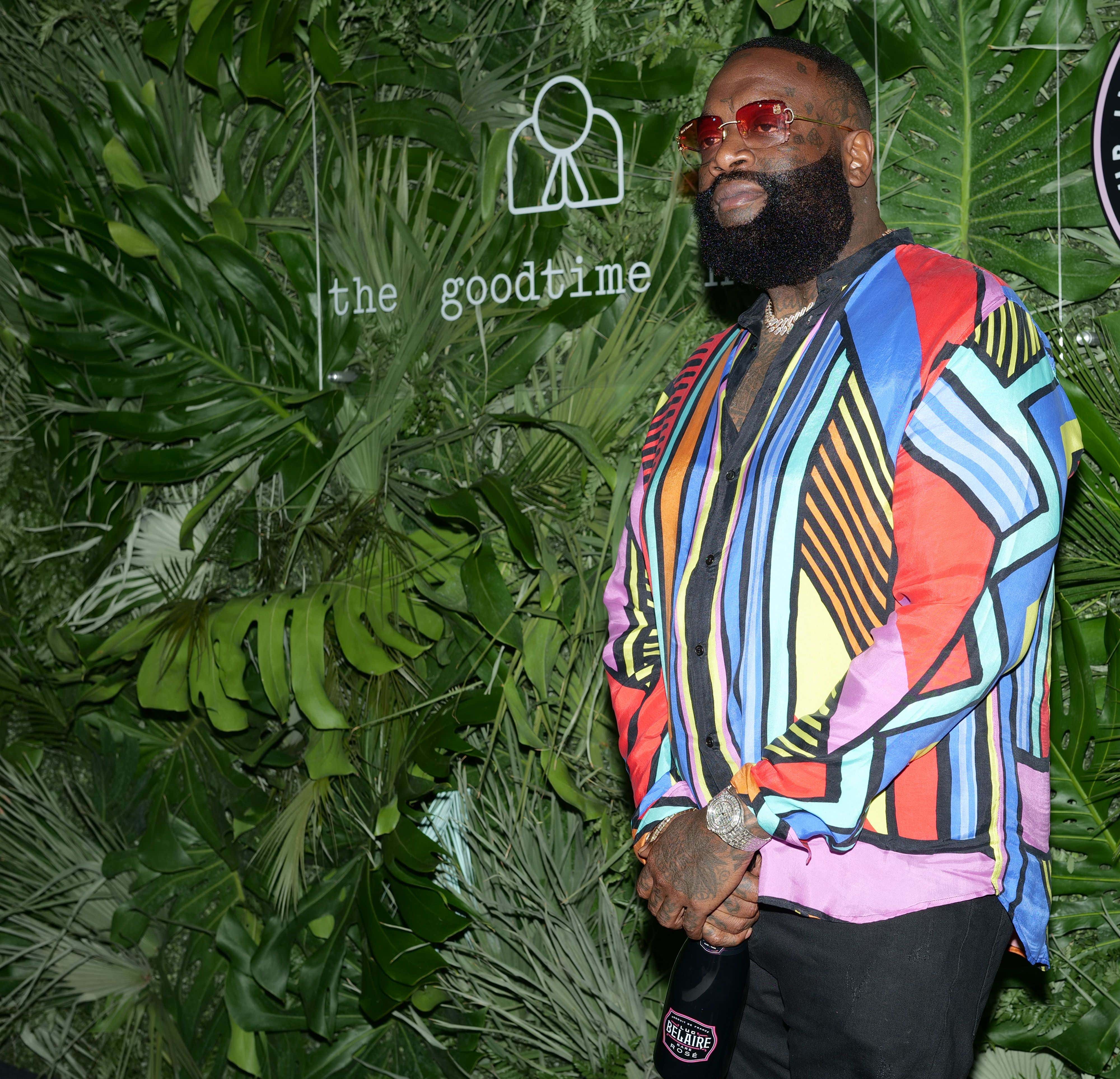 Rick Ross has also lost a considerable amount of weight, but he's still a large man and would look great on a Bud Heavy can.

This guy and I go way back.

Met at the Pats Super Bowl Party after Malcolm Butler picked off Russell Wilson in Arizona.

Then we did like a dozen Patriots Parade Parties every time the Pats won the Super Bowl.

This guy gets after it so hard, he once puked all over the DJ equipment I was using. That's a good story for another time.

Get Ricky Rozay on a can! Everybody loves Bronson. I legit think these cans would sell a shit load. 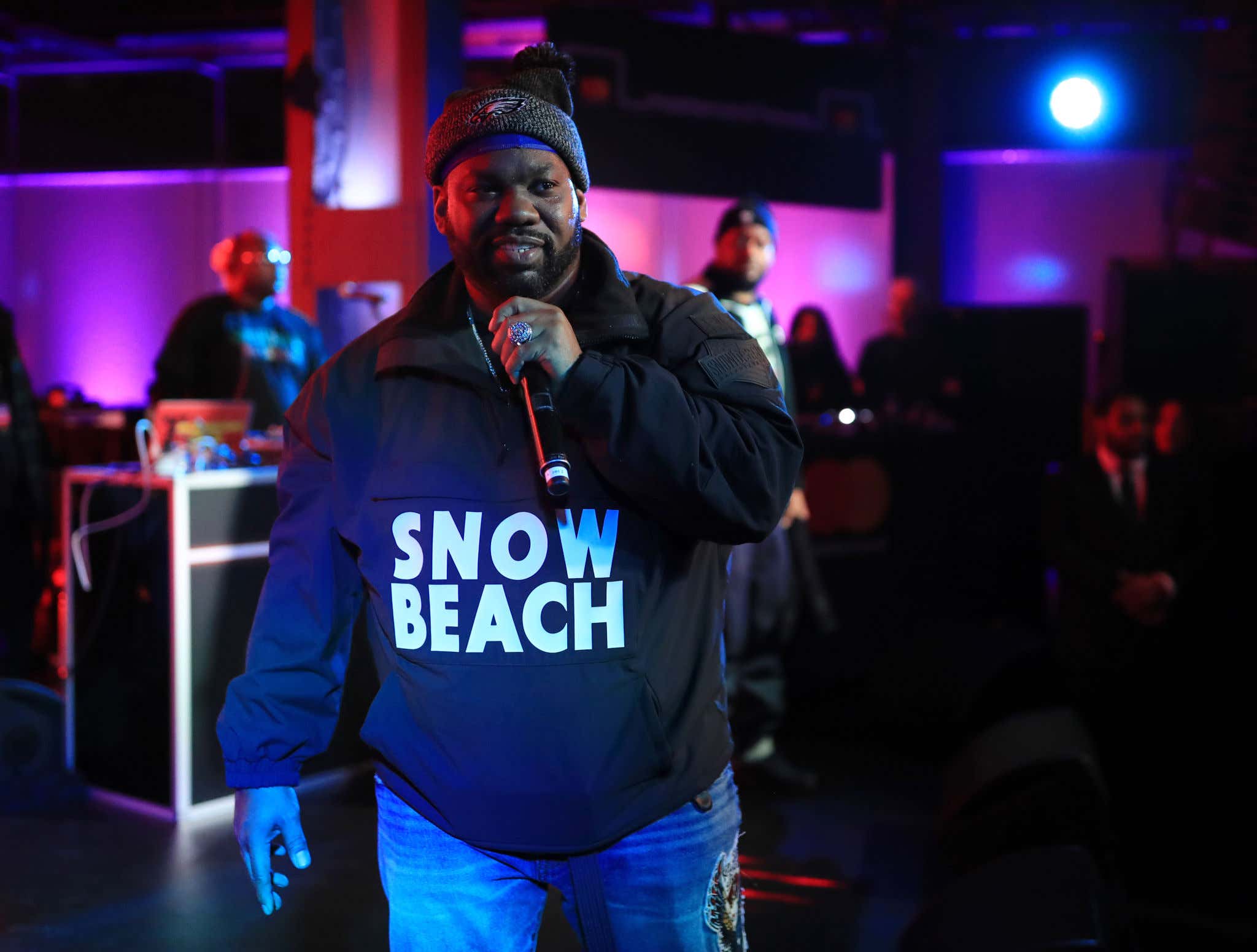 The Chef. A perfect bookend to the Bud Heavy, Heavy Set Musician limited edition can series.

Strike while the iron is hot and make this a thing AB.