I think we are on the brink of one of the craziest offseasons in years. Star players are requesting trades, there is an expansion draft and there’s an NHL draft with an undefined no. 1 overall pick. All leading to one the craziest offseasons the NHL has had in a long, long time. Its just what the league needs too, with the NHL TV rights heading to ESPN and TNT next season, they need to create as much buzz as possible leading into this season. So here are five big names I think could be moved this off season. 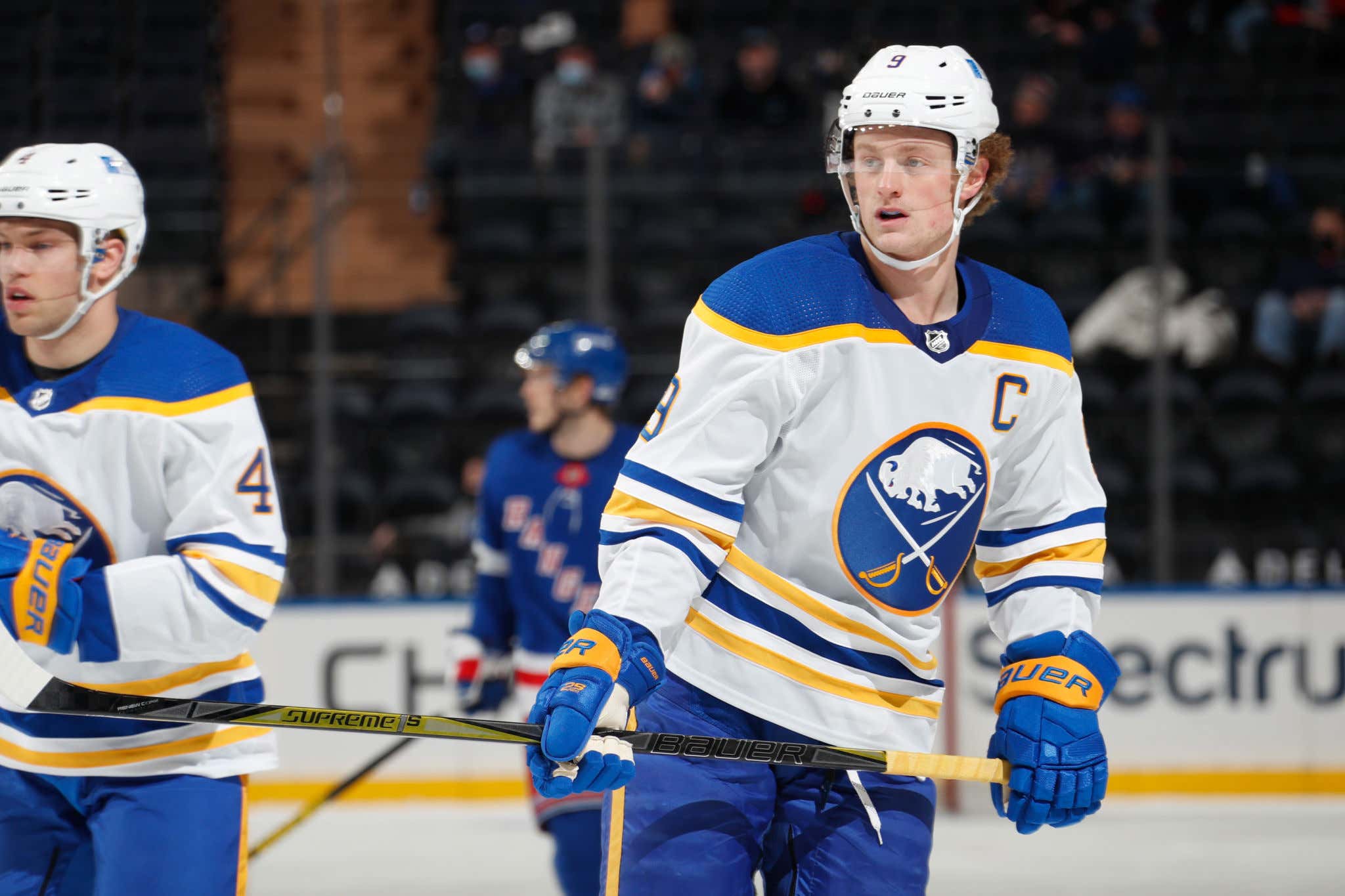 This one is pretty obvious. Jack is one of the top players in the world and is coming off a pretty public breakup with the Buffalo Sabres. Not making the playoffs is bad enough but then they decided to fuck with his surgery, which was a big no-no.

It’s going to be a haul to get Eichel and it sounds like Buffalo’s price right now is super high. It’s out there that Buffalo doesn’t want to trade him within the Eastern Conference, but they might not have a choice at this point if the Rangers bring the best deal to the table. I was but pretty deadset on New York too, but Drury is going to have to include at least one big name prospect and who knows if he is willing to do that. Something just tell me Vegas. They are looking to upgrade up the middle and they are never quick to shy away from a big deal. Depends what they'd give up, but if Vegas added Jack Eichel it'd be tough to not have them as the Cup favorite. 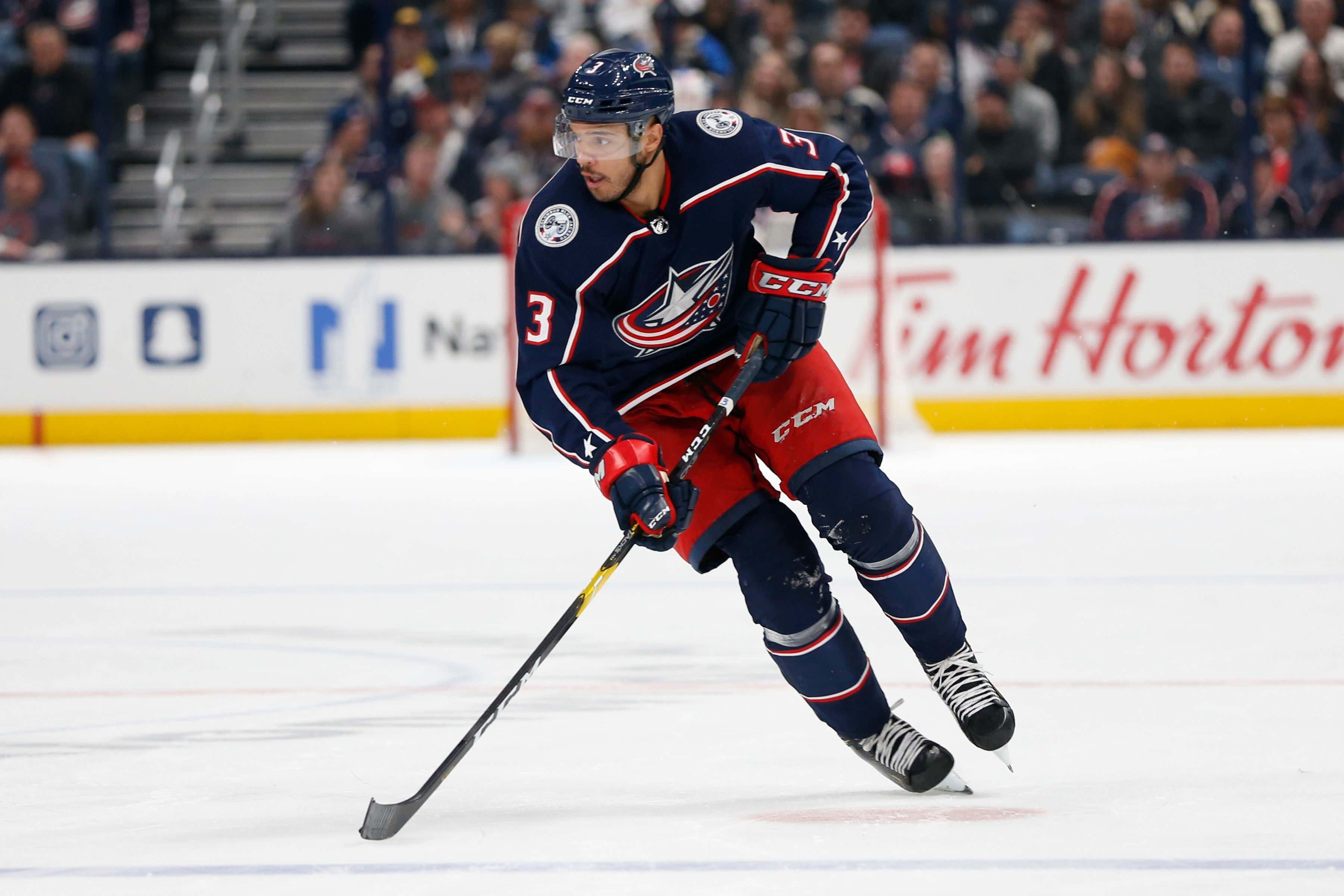 Jones has announced he will not resign with the Columbus Blue Jackets when his contract expires at the end of this season. With the Blackhawks recently trading for his brother, Caleb, his name has been linked to Chicago. But according to everything I have read, that really doesn’t matter, Chicago liked Caleb regardless.

Jones is one of the league’s top dmen and it’s going to cost an arm and a leg to get him. The Blue Jackets really don’t have much leverage here thought. It sounds like he is leaving no matter what at the end of this season. So they either trade him now or let him walk for free in 12 months. I still think the package will be huge, but we’ll see what Jarmo can pull off. 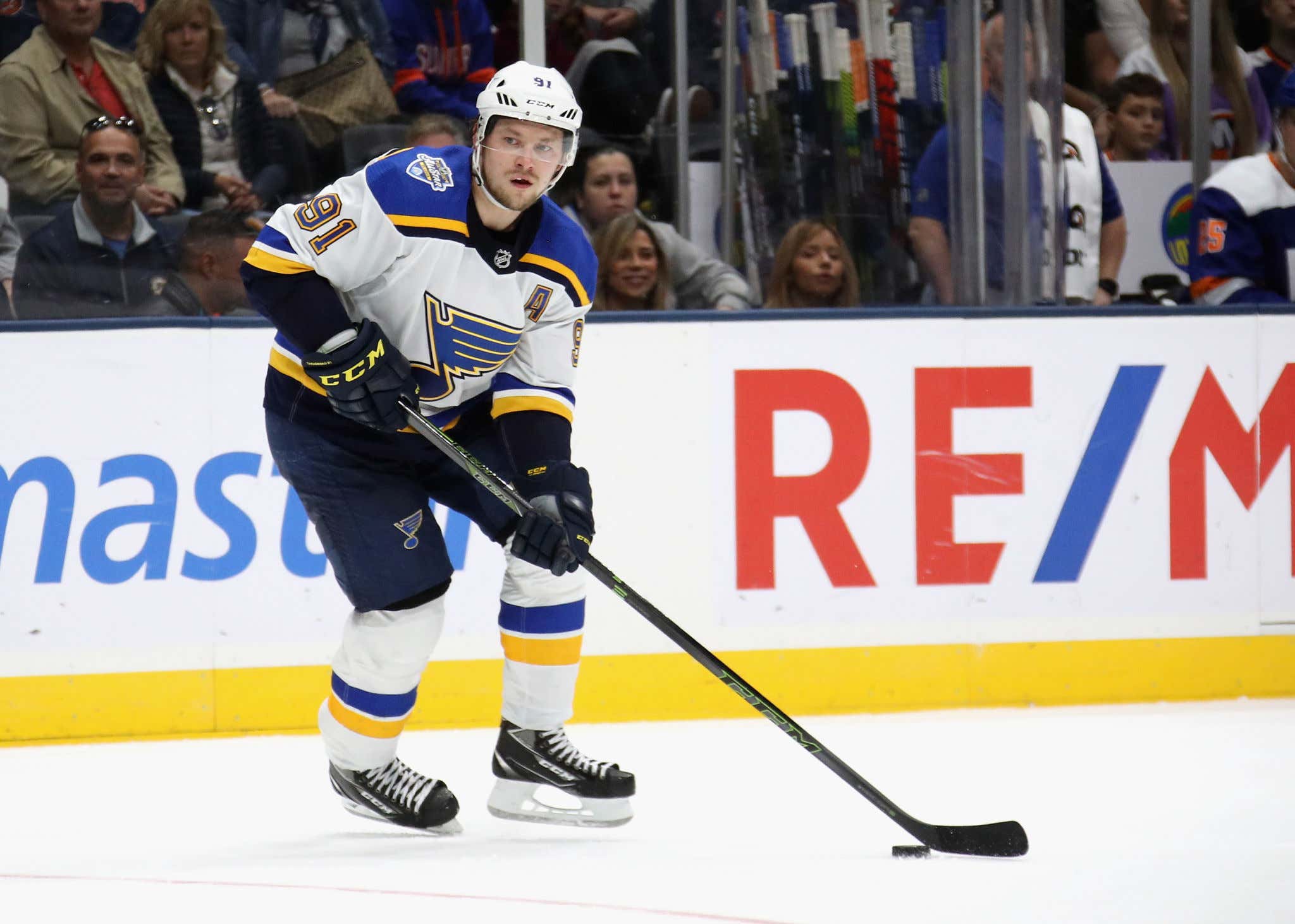 Tarasenko has requested a trade out of St. Louis and with a full no-trade clause, it sounds like he’ll be choosing where he goes (unless Seattle snags him). A once 40 goal scorer has had some tough injury luck the past few seasons, playing in only 34 games recording 24 points. First it was not being named captain in St. Louis then how the team reportedly handled his surgery, Vladdy’s time in St. Louis has come to an end.

Tarasenko also was exposed in the expansion draft and to me, I think it’s a no brainer to take Tarasanko. You’re getting a pissed off Russian who can put up 40 with a chip on shoulder (literally). 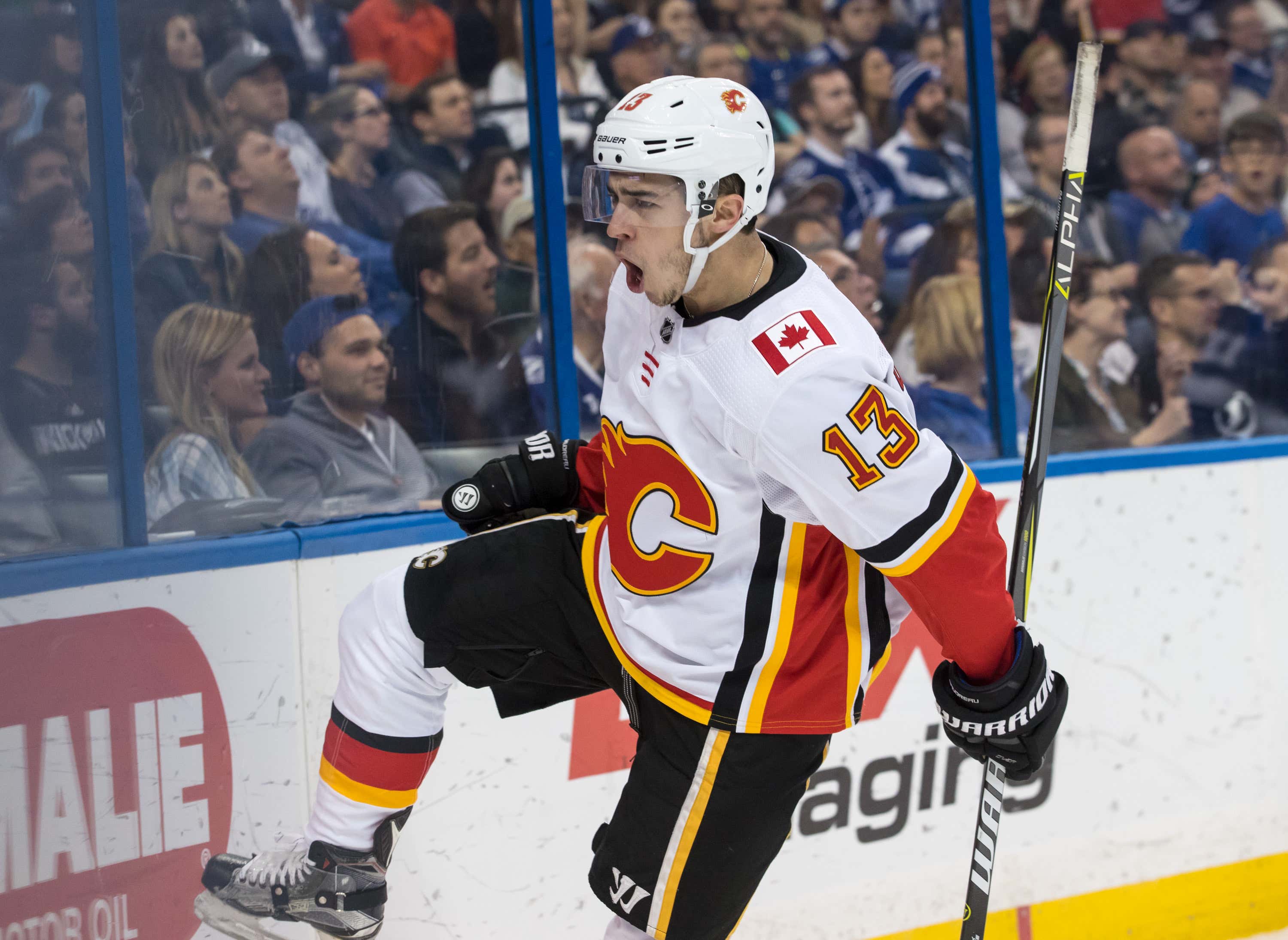 Gaudreau’s time in Calgary is coming to an end. He is in the final year of a 6-year, $40 million contract. If the team gets the slightest sense that Gaudreau is walking, it’s time to deal him in a major hockey deal that will net a giant return. We are talking about a guy who put up 99 points in 18-19, so the return isn’t going to be small. With Tkachuk up for a new deal after next season and the lack of winning from this core, it may be time for the Flames to do a quick rebuild on the fly. 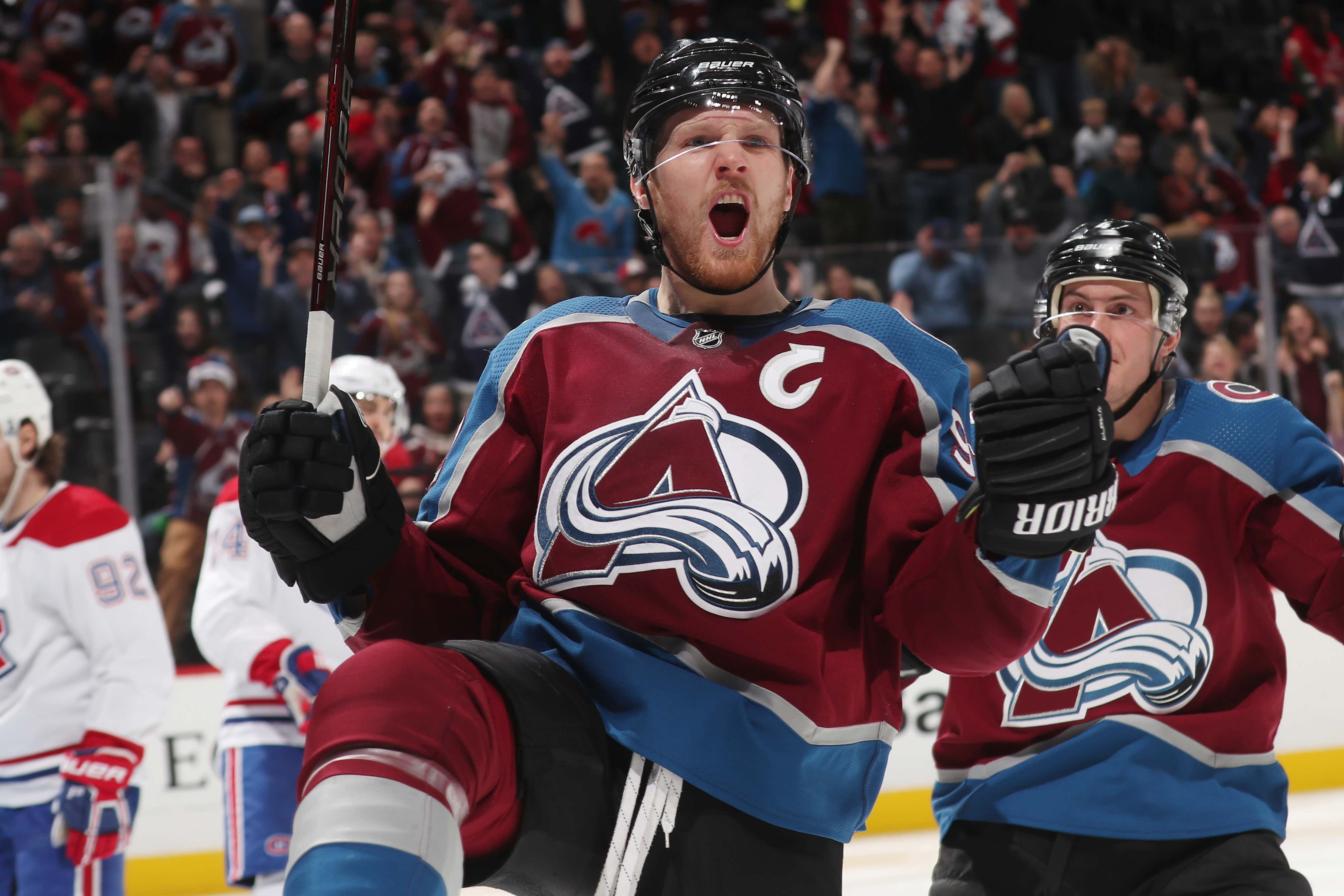 With news that the Avalanche and Landeskog are “very far apart” in contract talks, it’s time to take a good long look at Gabriel Landeskog as someone who could be wearing a different jersey next season. Lots of teams have money to spend and could use the leadership Landeskog commands in the room. Is the reported $9 million AAV too high? We’ll see. But it wouldn’t shock me one bit to see a team like St. Louis bite.

I’m not fully sold on Landeskog leaving Colorado, he has unfinished business, but you never say never. 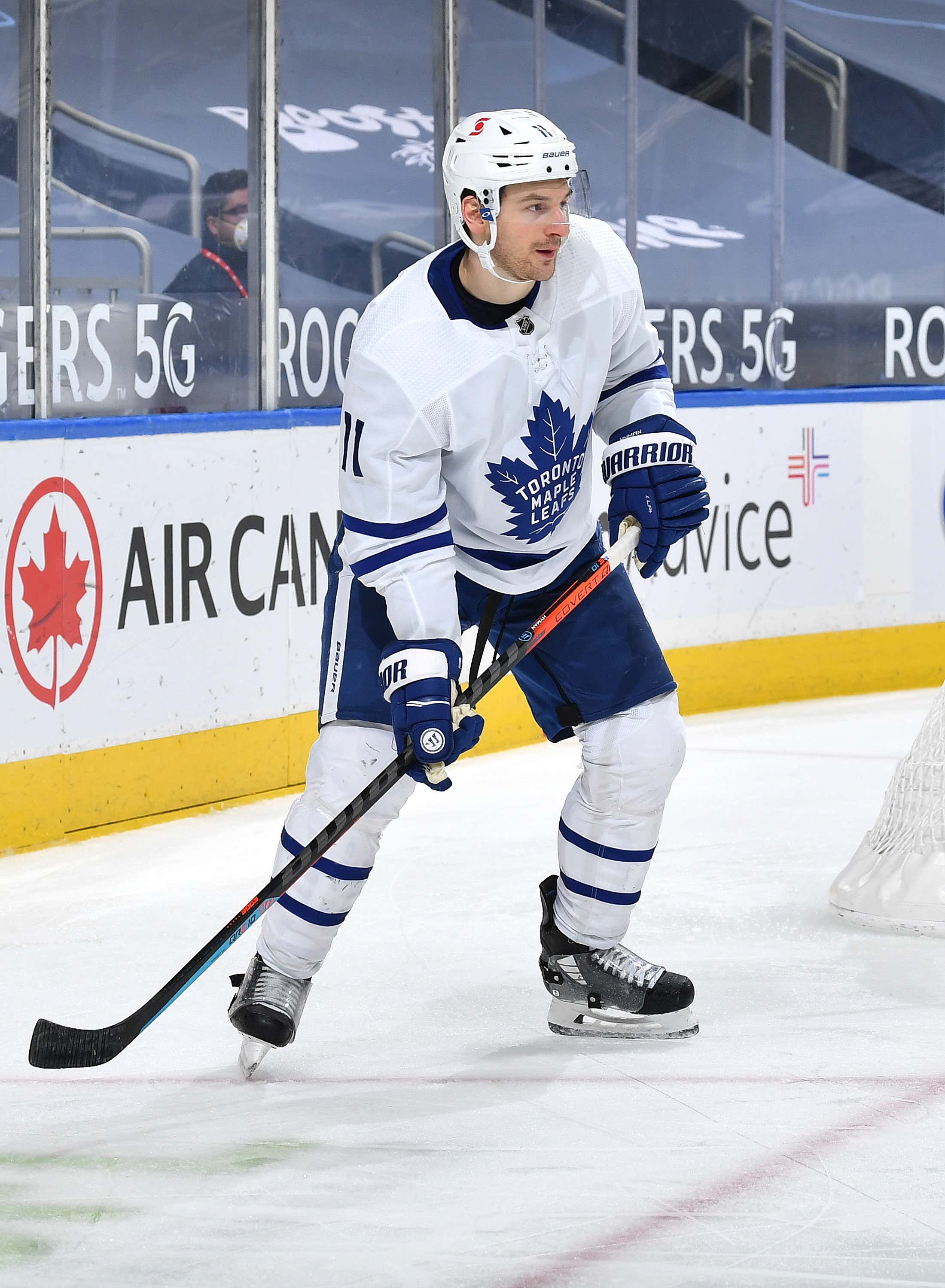 Zach Hyman wants to get paid and to be honest, he deserves it. We are talking about a guy who has put up 36 goals in his last 94 games, with not much power play time at all. I don’t think goal scoring is the best part of Hyman’s game either. The grittiness the 6’1’’ forward provides is a trait some teams are begging for right now.

He'd be a perfect fit in Edmonton. But i'm not really sure Edmonton can afford him right now. The team just added Duncan Keith and still needs to sign Adam Larsson, amongst others. I'm keeping an eye on the LA Kings here. They have just over $14m in cap space and don't really have anyone they MUST sign. They'll be opening up even more money too, they'll get $2.75m off the books following the season (Jeff Carter trade) and could potentially lose Jonathan Quick ($5.8m), who was exposed for the expansion draft, very doubtful that happens though. 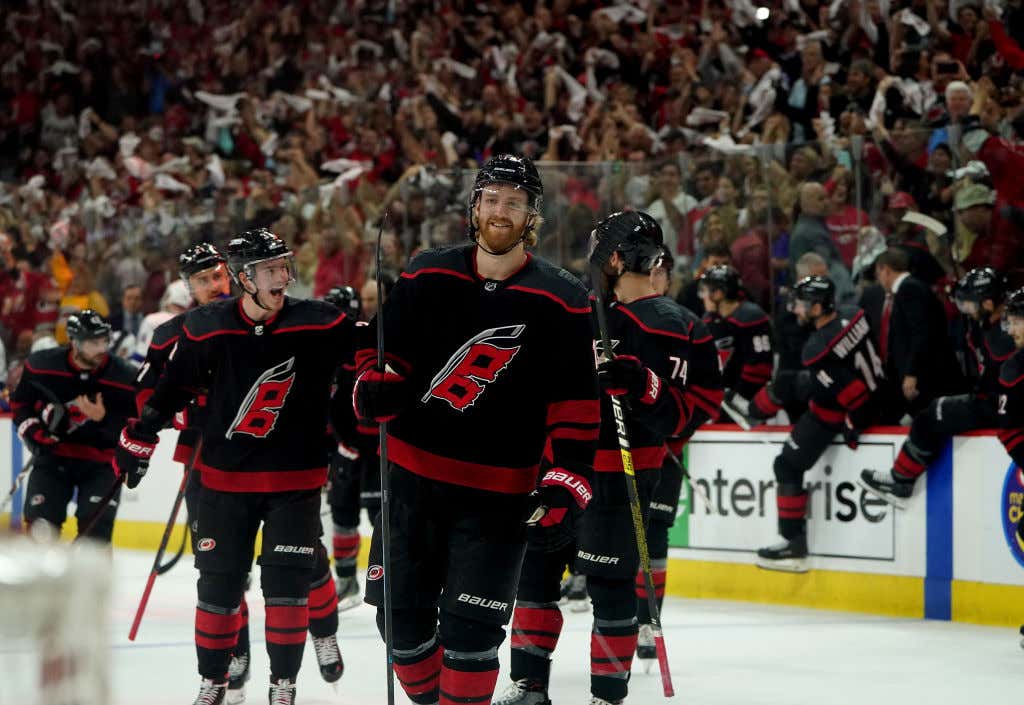 The Carolina Hurricanes have given Dougie Hamilton the chance to test the open market and find a team to trade for his rights. Personally, I think Hamilton may be the biggest game changer (outside of Eichel) that could switch teams next season. He can provide much needed offense on the backend for a team that is looking to add a puck moving dman.

I don't think it would be crazy to see him end up in Chicago if Seth Jones doesn't work out, or even in Seattle with the Kraken. Or even if the Habs used Shea Weber's potential LTIR money. But i'm keeping an eye on the Winnipeg Jets here. Hamilton has been linked to the Jets before and it wouldn't shock me at all to see the Jets pay Hamilton what he wants, Paul Maurice said the team needed to upgrade a the defense position and Hamilton would be just that. 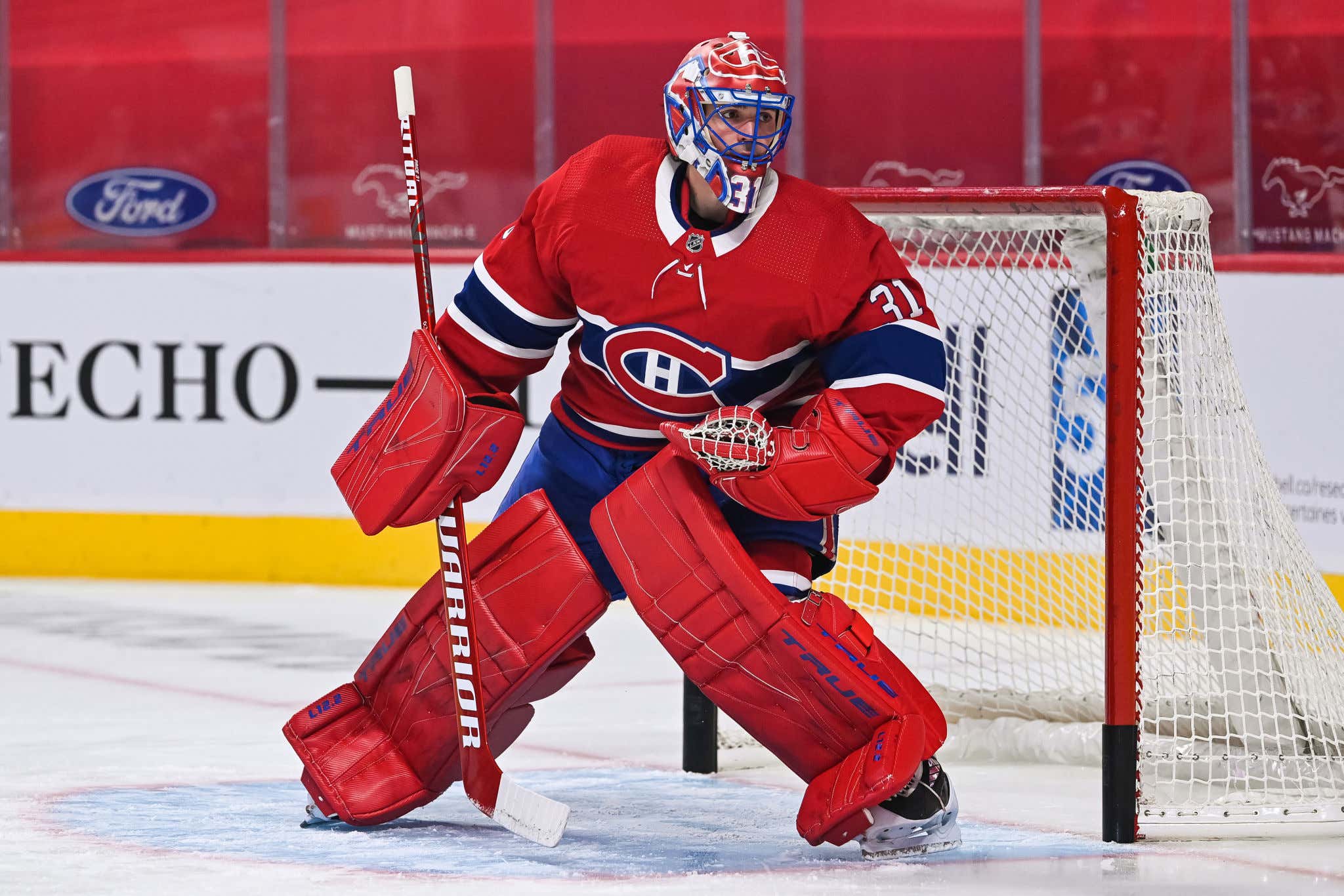 It sounds like every day Seattle is leaning towards taking Carey Price more and more in the expansion draft. Maybe they are trying to leverage the Habs into giving up some draft picks to keep him? I don't know. With the team already signing Chris Dreidger to a 3 year deal, you'd be allocating a ton of money (around $14m) to the goaltender position.

Personally, I was shocked to see the BurgerVan leave Price exposed. Took some big old balls. Obviously he did it thinking Ron Francis wouldn't take him in Seattle and he'd get his duo back for next season. But reports are coming out every day that ownership in Seattle does not give one fuck if Ronny Franchise takes Price. What a splash that would be and a perfect way to cap off a crazy fucking season.

My plan here was to throw some shit at the wall and hope something sticks. Do I think every single one of these guys will be in a different jersey next season? Absolutely not. But I do think the NHL see's more big name transactions than any of the past offseasons and that is exactly what the NHL needs.