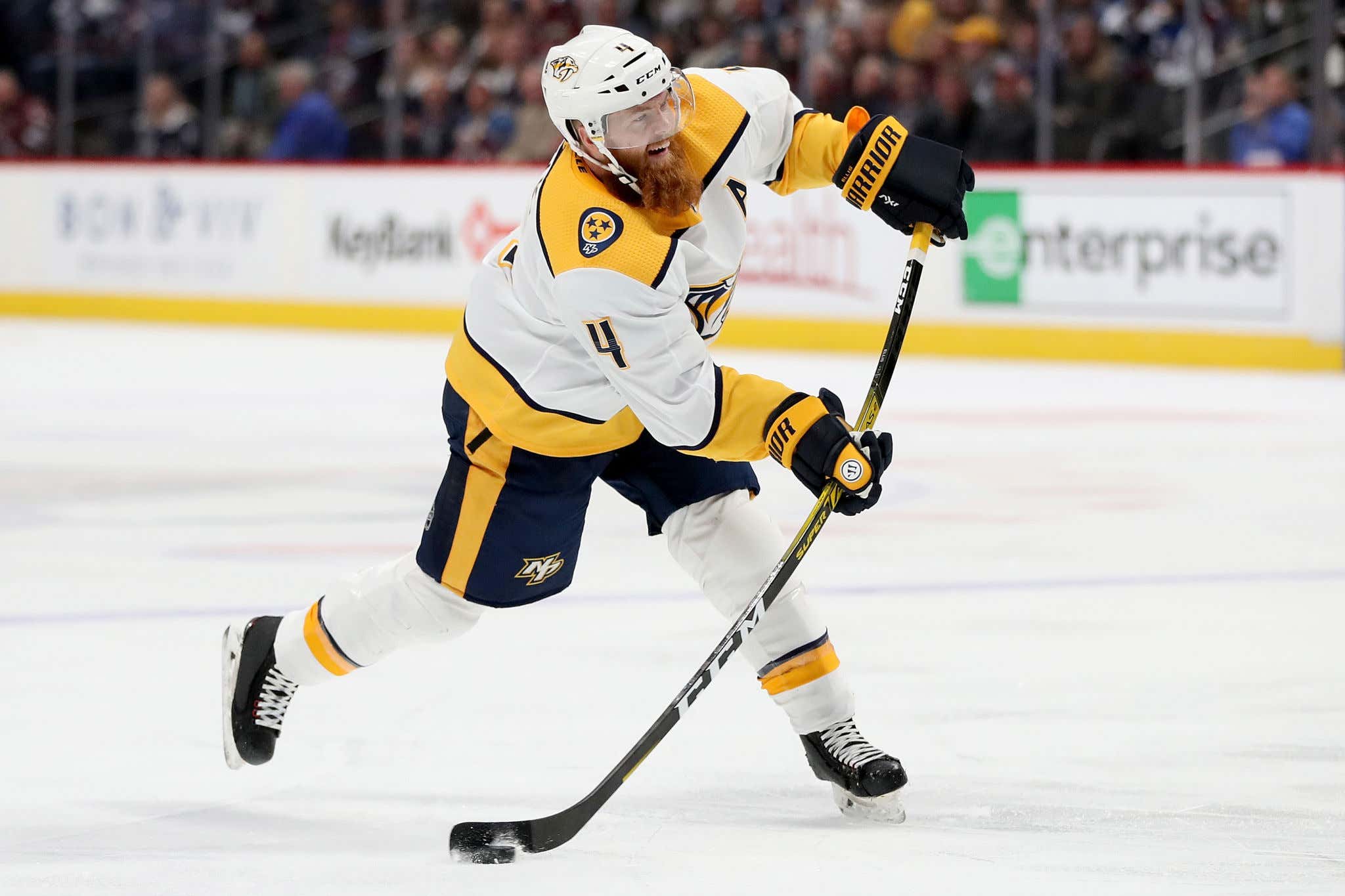 There are very few teams in the league who have been able to load up on defensive talent more than the Nashville Predators over the past 10 years or so. Think about some of the names you've seen on that blueline. Shea Weber, Ryan Suter, Seth Jones, PK Subban, Mattias Ekholm, Ryan Ellis, Roman Josi. It's been an embarrassment of riches for sure. And because of that, 2 things have happened. The first being that most of these guys have often gotten overlooked around the league for how good they are because the blueline in Nashville is constantly so loaded. And the 2nd being that most of them all end up in trade rumors just because Nashville has so many option to work with.

So Flyers fans have been loading up the spank bank with dreams of trading for either Ekholm or Ellis for years at this point. Just this past February I wrote a blog on my hands and knees begging the Flyers to make a move to fix their own blueline with some help from Nashville after a brutal performance out of Phil Myers against the Rangers.

That blog was about Ekholm, but I would have been just as content with Ellis at the time. Especially since Ekholm is now entering the final year of his contract and Ellis is locked in for 6 more seasons including this one coming up.

So after begging for months on end, Chuck Fletcher finally picked up the phone and made it happen this past weekend. Phil Myers and Nolan Patrick will be heading to Nashville and Ryan Ellis is officially a Philadelphia Flyer.

Obviously it sucks that Myers and Nolan Patrick didn't work out here in Philly. I had so many high expectations for Phil Myers after watching him at the World Juniors and how smooth he looked out there during the regular season of his rookie year. But he started to fall apart in the bubble and then was fucking all over the place last season. The Flyers were addicted to keeping that Sanheim/Myers pairing together, and that pairing was addicted to being scrambled eggs in their own zone seemingly every shift they were out there.

And as for Nolan Patrick, yes, it sucks so hard that the one time the Flyers actually get hooked up by the draft lottery and move up a bunch of spots to get the 2nd overall pick, it turns out to be a kid who was already dealing with injury issues and just couldn't stay either healthy or consistent throughout his few seasons here. There was so much hope for Nolan Patrick but it just seemed like his ceiling was going to be a middle-6 center who can play hard on both ends of the ice but not much more than that. It was time for the Flyers to either shit or get off the pot with both of these guys. So as far as moving on from a couple of young, talented players who just haven't been able to elevate their game enough to be significant difference makers go?

Well Chuck Fletcher crushed this one. Ryan Ellis can do it all. He can eat up ice time, he can shoot the shit out of the puck, he's a right-handed shot so losing Myers in that regard doesn't make a difference. He plays the game tough, he's a little undersized but that gives him that little edge to his game, and he's got plenty of veteran experience playing alongside of some ridiculously talented players on some very successful teams. Who does that summary sound exactly like? Matt Niskanen. What was one of the biggest reasons the Flyers completely fell apart last season and the blueline was at the root of all of their problems? Matt Niskanen retiring.

So now the Flyers have found their Matt Niskanen replacement, he'll be able to slot right in there with Provorov on the top pairing, he's locked in for 6 more years, and from all the sounds of it…Chuck Fletcher ain't done yet. Leaving both JvR and Voracek unprotected for the expansion draft means that ol' Chucky Boy is 100% trying to unload some contracts this offseason to have the cap flexibility to make another big splash. Perhaps an elite Russian sniper sized splash. Guess we'll just have to wait and see.