Researchers have discovered what they say is the earliest direct evidence of a shark attack on a human, with the sea creature inflicting some 790 injuries on a man 3,000 years ago.

Experts from the University of Oxford made the discovery while studying the remains of an adult male excavated from the Tsukumo site near Japan's Seto Inland Sea, which were covered in traumatic injuries to his arms, legs, front of chest and abdomen.

"Through a process of elimination, we ruled out human conflict and more commonly-reported animal predators or scavengers," they added.

The shark species most likely responsible for the attack was either a tiger or white shark, researchers said.

Pretty cool that after 3,000 years they were able to sort out what happened to the man, even deducing he was likely still alive during the attack because he was missing his left hand among other defensive-type wounds. They also made 3D models of the injuries for further study & did historical research on why the man was likely out at sea that day. The full report by the Journal of Archaeological Science is worth a read if you have the time and it includes more in-depth photos like the one below courtesy of Kyoto University: 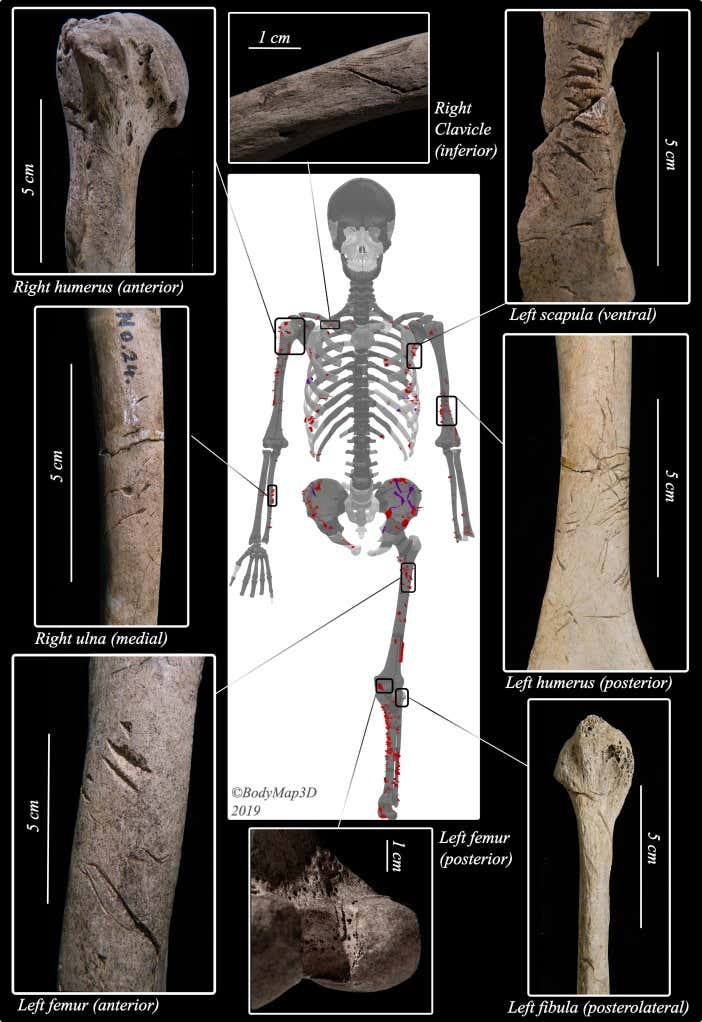 Friendly reminder - this was not the shark's fault & we are no longer calling them shark 'attacks'. The man simply had a negative interaction some 3,000 years ago.