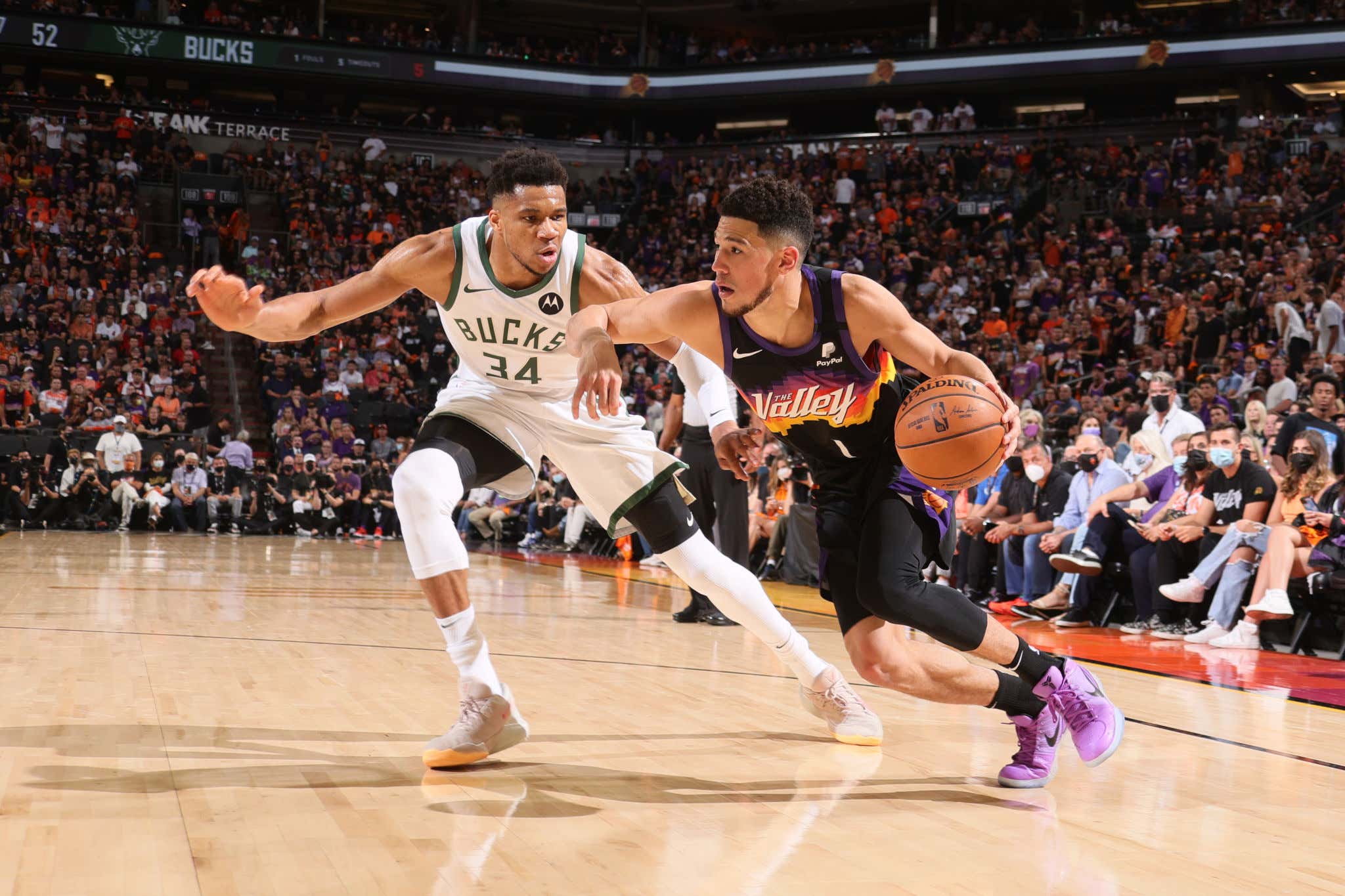 Heading into the NBA Finals if you looked around you would see the takes that the league was probably pissed about a Suns/Bucks matchup, that it was boring and blah blah blah. Whenever I would see a take like that it was clear to me that those people simply hadn't watched the league this season. Not only were these two of the best teams all year, but their regular season matchups had been awesome. Honestly, these Finals had pretty much everything you could want. Awesome storylines for both sides, star power, great on court production, crazy fanbases, it checked all the boxes. I know there will be some out there that keep trying to talk about TV ratings like we're actually supposed to give a shit, but if you've watched these games so far I don't know how you could walk away thinking these Finals have been anything other than awesome.

Now tied at 2-2 after the Bucks fairly insane win last night despite shooting 40/24%, it's hard for things to be more even heading into the all important Game 5

As a casual viewer with no real rooting interest, these Finals have been everything I could want. I don't know how Suns and Bucks fans are surviving, this shit has been the very definition of a rollercoaster of emotions. Things looked like Suns in 4 given how PHX started, but now? You're definitely a little nervous. On the Bucks side you clawed back from the dead and arguably have all the momentum in the world. I'm not sure everyone realizes how rare it is for the Suns to lose 2 games in a row. It happened just 3 times ALL YEAR before last night. You want to talk about potentially losing 3 in a row? That only happened to the Suns once this season.

You want to talk about epic and historic performances? We've had them on both sides. There was Chris Paul in Game 1

Maybe you're someone who expects to see star players dominate at the highest level once we get to the Finals. Well, it's hard for someone to be more dominant than what we've seen from Giannis

There's no answer for him. We're seeing him do shit that only Prime Shaq has been able to accomplish. He is answering that question if he can truly be a #1 option on a title team despite his offensive limitations at times.

You want all time plays that will live on forever as some of the most impressive and mind numbing plays in NBA Finals History? Check

How about high drama stakes to close out games where the balance of the title is up for grabs? Where it comes down to who can out execute the other and show up when it matters most? Once again, check.

The way Khris Middleton took over those last two minutes was insane to watch live. Outscored the Suns by himself and I'm not sure any of his shots even hit the rim. Talk about coming through in a huge moment. Does that look like an overrated team to you? Hell no. The Bucks are proving they deserved to be in this position. They have their flaws and aren't perfect, but they are going blow for blow with one of the best teams from the entire season.

You want controversy? Well we got that too with how last night was officiated on BOTH sides. Game 4 was one of those games where both fanbases were probably raging at the officials. It was a disaster, highlighted by one of the worst no calls you'll ever see

Can you imagine if Devin Booker made some plays down the stretch and the Suns won? That's Adam Silver's nightmare.

And here's maybe the best part of these entire Finals. We still have no idea who is going to win. That's been the story these whole playoffs, that things have never been more wide open, well after 4 games in these Finals it's anyone's guess who comes out on top. Isn't that what we all truly want? An even series where every game has been competitive, the stars are doing historic shit and the result is totally up for grabs? That sounds like an ideal Finals to me.

So as you can see, however you want to slice up these NBA Finals you end up at the same place. They've been awesome. It's why I am praying this thing goes the distance. I need more of these games. I crave more high pressure situations with a title on the line. This series is what playoff basketball is all about in my opinion. Again, this has to be torture for fans of either team but for the rest of us? It's been awesome drama. Anyone who watched these two teams during the year could have expected this, but the fact that it's actually living up to the hype is pretty damn cool.