There may not be college basketball games for another four months, but you wouldn't know that from being a fly on the wall during a Eric Musselman led practice with the Arkansas Razorbacks. The Barstool Bench Mob has arrived in Fayetteville to commence our first ever in-person meeting with a college basketball team. The Hogs are coming off an incredible season that ended in an Elite Eight run, and the buzz around this team is certainly there. So, it was time for Marty, Rico, and I to check out what's going on in this portion of SEC Country.

We pulled up to the practice facility with about 30 minutes left in the team's session. In those 30 minutes, the intensity was through the roof. The coaches keep a very strict schedule, and everything felt like it was moving 100 miles per hour. Marty even challenged Coach Musselman to a game of “RAT” (not horse) after things settled down. The result of that battle and a one-on-one between Marty and Rico will be revealed when our video footage comes out next week.

Next up, we toured the rest of the practice facility in addition to Bud Walton Arena. I was impressed with how big it was, especially for a college basketball venue. It seats 19,368, which is larger than a handful of NBA arenas. I can only imagine the vibe when the “Woo Pig Sooie” chant is going on. Loud is probably an understatement.

To wrap up our opening day, Coach Musselman was kind enough to invite us over to his house for a team cookout. It was Marty and I’s first time trying catfish, which was actually delicious. Some of the players were battling it out in some Cornhole on the lawn, and I could tell that Rico was itching to get in on the action. Instead, Coach showed us his incredible autograph and memorabilia collection. Tom Brady, Michael Jordan, and Peyton Manning are just some of the names hanging up on the walls. I’d say that’s decent. 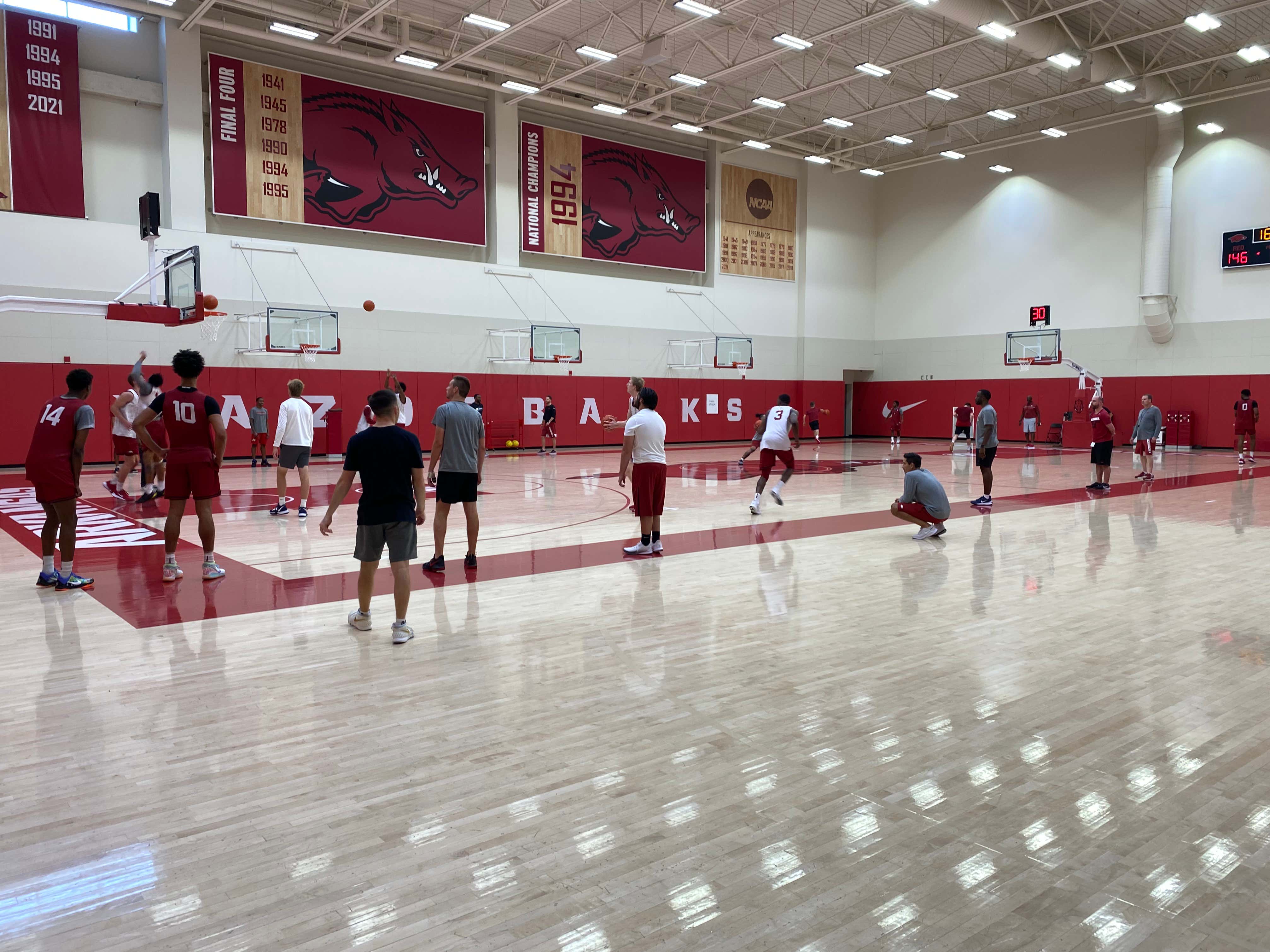 Today, it’s time to do an official sit down interview with Muss for our podcast, sit in on practice (rumor has it that Rico and Marty might be suiting up), and a tour of the rest of campus.  An eight hour drive to Tuscaloosa will follow. Stay tuned.