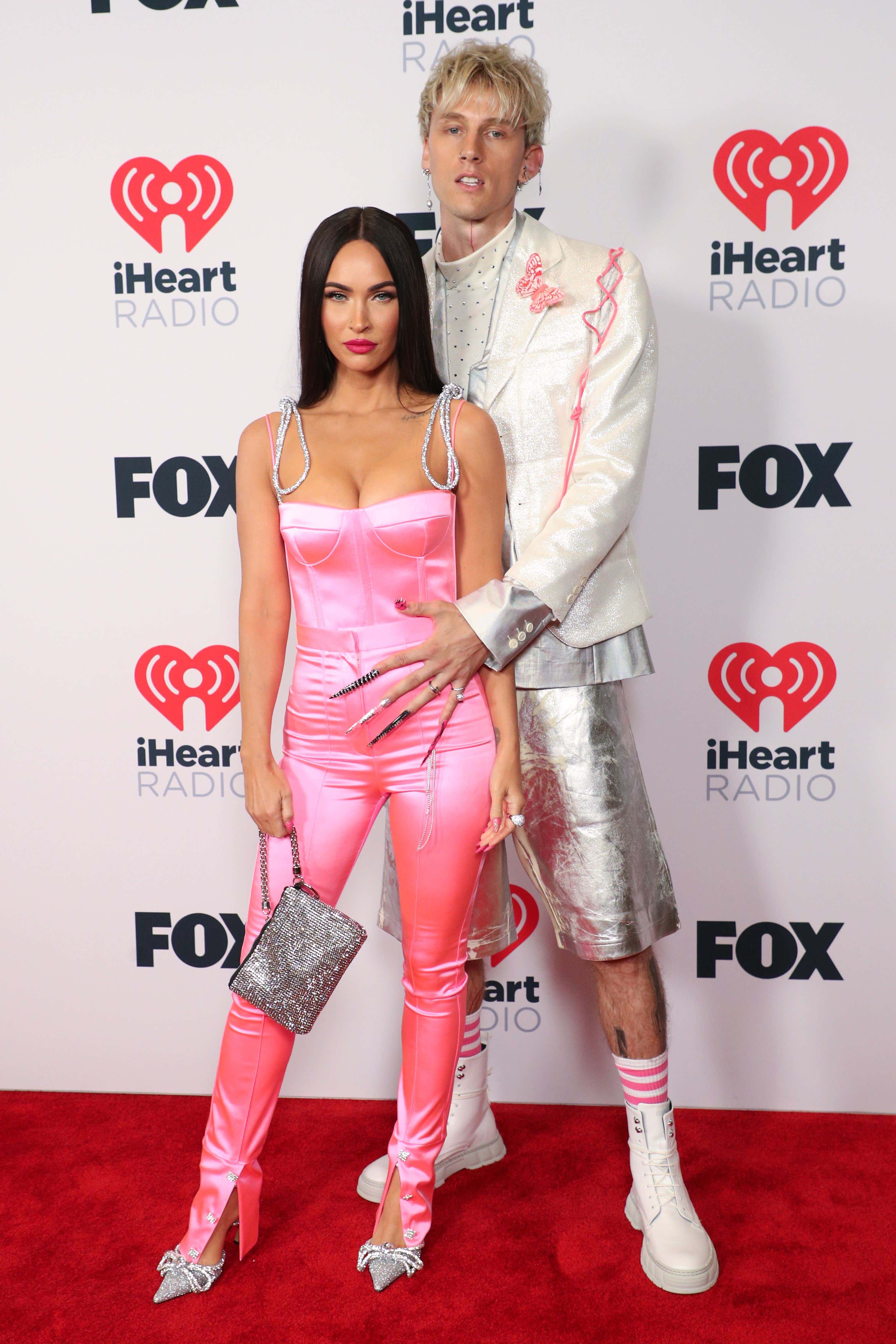 Megan Fox and Machine Gun Kelly (Machine Gun K for short) are the hot "it" couple in Hollywood and the internet I'd say. Everything they do makes waves, they do weird shit together in public, and generally just get the people going. Growing up, Angelina Jolie and Billy Bob Thornton were that couple, most known for wearing each other's blood around their necks and fucking in the limo on the way to the Oscars. So this stuff isn't exactly brand new, but it's always somewhat interesting to see how these couples stay in the spotlight and the hijinks they get into along the way. So what is the latest from Megan and Machine Gun K? They went to Costa Rica to do indigenous drugs together, but of course.

Page 6 - Megan Fox and Machine Gun Kelly went on quite a trip while in Costa Rica.

The “Jennifer’s Body” star revealed on “Jimmy Kimmel Live!” on Monday that the couple flew to Central America to drink ayahuasca, a psychoactive tea, in “a proper setting, with indigenous people.” The experience induces auditory and visual hallucinations and is said to treat various ailments like anxiety, trauma and more.

Fox explained the ceremony began with the group, which included about 20 other people, vomiting up the contents of their stomach by drinking lemongrass tea.

“And you have to vomit a certain amount until they let you get back with everyone else, so you’re like cheering on everyone as they throw up,” she said of the experience, admitting that she and the “Bloody Valentine” rapper were skeptical of throwing up in front of strangers until they realized it was “such a good bonding experience.”

I know not everyone knows what DMT is, but the people who do DMT swear by it and say it changes your life and the way you view the universe and all of that. It's beyond hallucinating, it puts you in another world where some people say you are shown the purpose of life and all of that. It sounds fascinating to me and something I'd like to try, but I've heard it's not the easiest to get ahold of, possibly because it's super illegal in the United States and I don't have Joe Rogan's phone number.

And while some people have good trips and come out of the experience, Megan Fox went to Hell during hers.

The former “Transformers” star said the ceremony lasts three nights but on her second night she went to Hell for eternity in a hallucination.

Fox, 35, said the experience surpassed talk therapy or hypnotherapy “because it just goes straight into your soul, and it takes you to the psychological prison that you hold yourself in.”

“So it’s your own version of hell, and I was definitely there,” Fox added.

I gotta say, that kinda sucks, huh? Here she was thinking she was about to have this out of body experience where her soul would connect with the aliens and she'd see the big bang and she'd learn about why we are here and the purpose of human kind, and instead she was sent to Hell for eternity. I'd be furious if that was what my DMT experience was. To fly all the way to Costa Rica and go out into the jungle with tribal chiefs only to find out I'm going to spend the rest of my life in Hell? Brutal. Also, sort of makes me want to do DMT a lot less. Like, what if that's what I see too? And while you're on the DMT you can't just hit an eject button and get out of it, you're stuck until it wears off. Woof.

I'd be interested in knowing if Machine Gun K was with her for eternity hanging out with the Devil. Or what if he had the complete opposite experience and he went to Heaven and spent eternity banging the drums with Travis? He'd have to lie to her about it, 100%. "Yeah babe, totally, Hell of eternity, me too".

If anyone is that DMT plug lmk.