We're all at fault here. We all deserve an equal share of the blame. Because how else did we expect this to go?

Everybody in the world knew that Lord Stanley would be in deep, serious trouble if he had to stay in Florida for a 2nd year in a row. Everybody could have seen this coming a million miles away, yet nobody did anything to prevent this. Nobody stepped up and put together a better team. You all saw what was happening. You knew the Bolts were going to circumvent the cap so they could head into the Stanley Cup Playoffs with a billion dollar roster. Yet every other team in the league was too chicken shit to do the same. And the result? 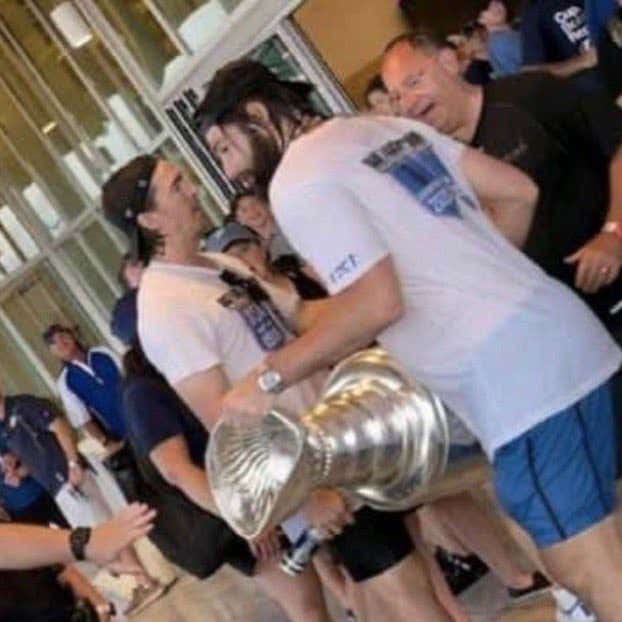 The Cup is fucked. Sure, Florida can't and shouldn't have nice things. But we all practically gave this one to them. So I hope we're all happy with ourselves.

Sidenote: What a kick in the dick that has to be for Montreal to get the Cup sent back there just to fix it up before sending it back to Tampa for more ragers. That's the epitome of the Friend Zone right there. Montreal has to just sit there and watch as Tampa treats the Cup like shit, be the Cup's shoulder to cry on when things really get bad, and then watch again as the Cup can't help itself and just heads straight back to Tampa for more chaos and destruction. Brutal, brutal scene for Montreal.