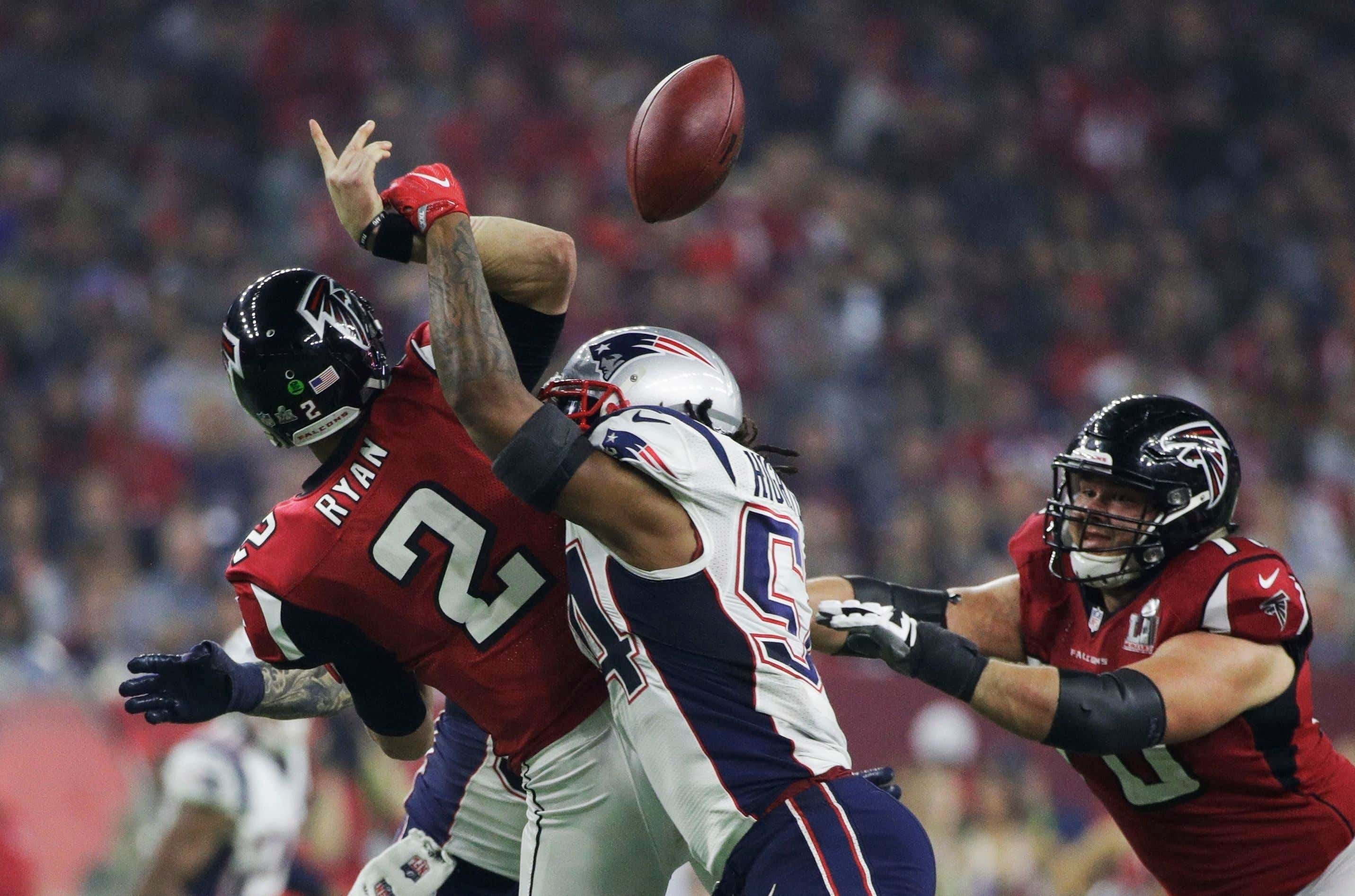 You can forgive Patriots fans if they're a little gun shy at the moment about any of their key veterans posting stuff on the socials. Particularly cornerstone defensive players in the final years of their contracts. Thanks in large part to this Stephon Gilmore Tweet, that has since been deleted: 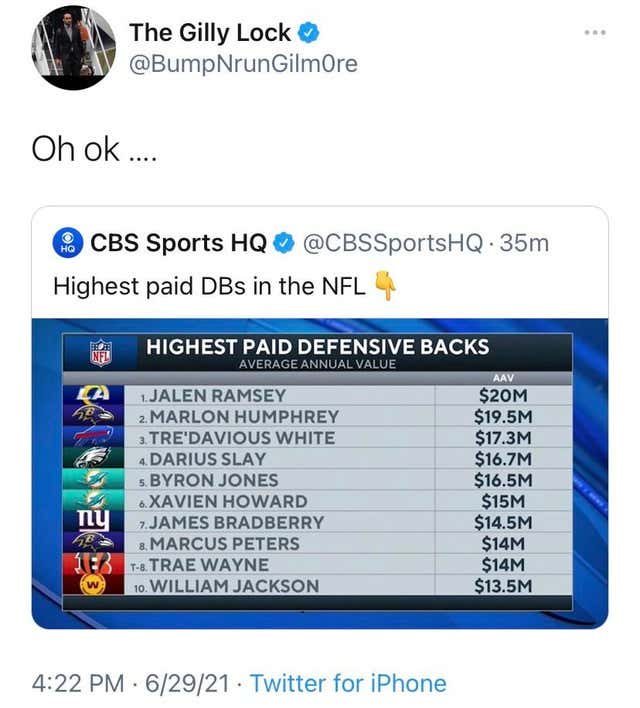 Since CBS Sports took down the original post and Stephon Gilmore deleted his reTweet, he's spoken a little about his contract and essentially said he wants to be paid what he's worth. Which we can all assume is somewhere on a scale of William Jackson-to-Jalen Ramsey. Beyond that, all we have to go on are reports the talks are ongoing and not acrimonious. We know the team can't sign him for Ramsey money or even James Bradberry dollars without some really creative accounting. And one report from a ruggedly handsome, distinguished and charming Patriots writer that Gilmore was in town two weeks ago, presumably to move the negotiations along.

Anyhoo … we did hear on the internet from another vital Pats defender. Who, while he didn't make any mention at all that he's in the final year of his contract, nevertheless made a compelling case for an extension with this brain-breaking stat:

Yowza. Obviously we've all been watching Dont'a Hightower since the Pats drafted him in 2012 and seen the difference in the pass rush with and without him. Last year when it took the opt out, it was unnerving how hard it was for them to generate pressure from the second level. They got some production off the edge with Chase Winovich and Josh Uche. And from the line with Deatrich Wise Jr. and Adam Butler. But among their linebackers, John Simon led them with just 12 pressures and Ju'Whaun Bentley had 11. By way of comparison, in 2019 Hightower and Kyle Van Noy combined for 95 pressures. So the importance of their returns cannot be overstated.

And the fact he's led the LB position for the entire league in the last nine years is something I'd never have guessed. Mindblowing, even, given that he came into the league with a reputation of being a pure run stopper, in the mold of a Brandon Spikes. But he's developed his pass rush skills through a combination of skill, anticipation, strength, and mastering the scheme to the point where he's been more effective than anyone at his position.

Take, for example, the above strip sack of Matt Ryan in Super Bowl LI. Atlanta's best pass blocking back Tevin Coleman left the game with an injury, and Devonta Freeman subbed in for him. Sensing that he was not up to the challenge, Hightower slid out to a wide-9 split, making Freeman think he wasn't coming, timed up the snap count, caught the back looking inside and hit Ryan untouched for the key turnover of the comeback. Then two Super Bowls later against the Rams, got three QB hits Jared Goff and sacked him twice, including one on 3rd down to force a field goal on the deepest penetration of the game. That's been his game, and these numbers bear that out.

And it's made all the more impressive when you realize he leads these other guys despite sitting out last year. In fact, here are the  games played totals for all five:

So Hightower is even better than you thought, which is even better than you thought. I apologize for veering off into contract talk because I shouldn't be taking away from a hell of an accomplishment like this. And what a gargantuan re-addition to the defense Hightower represents. We can let reasonable people work out his future in New England, just like they did in 2017 when he was the most sought after free agent on the market, talked to other teams and re-upped with the Patriots. For now, I suggest we just look at what he's bringing back with him after a lost season in 2020 and rejoice.

But seriously, get a deal done with Gilmore already.