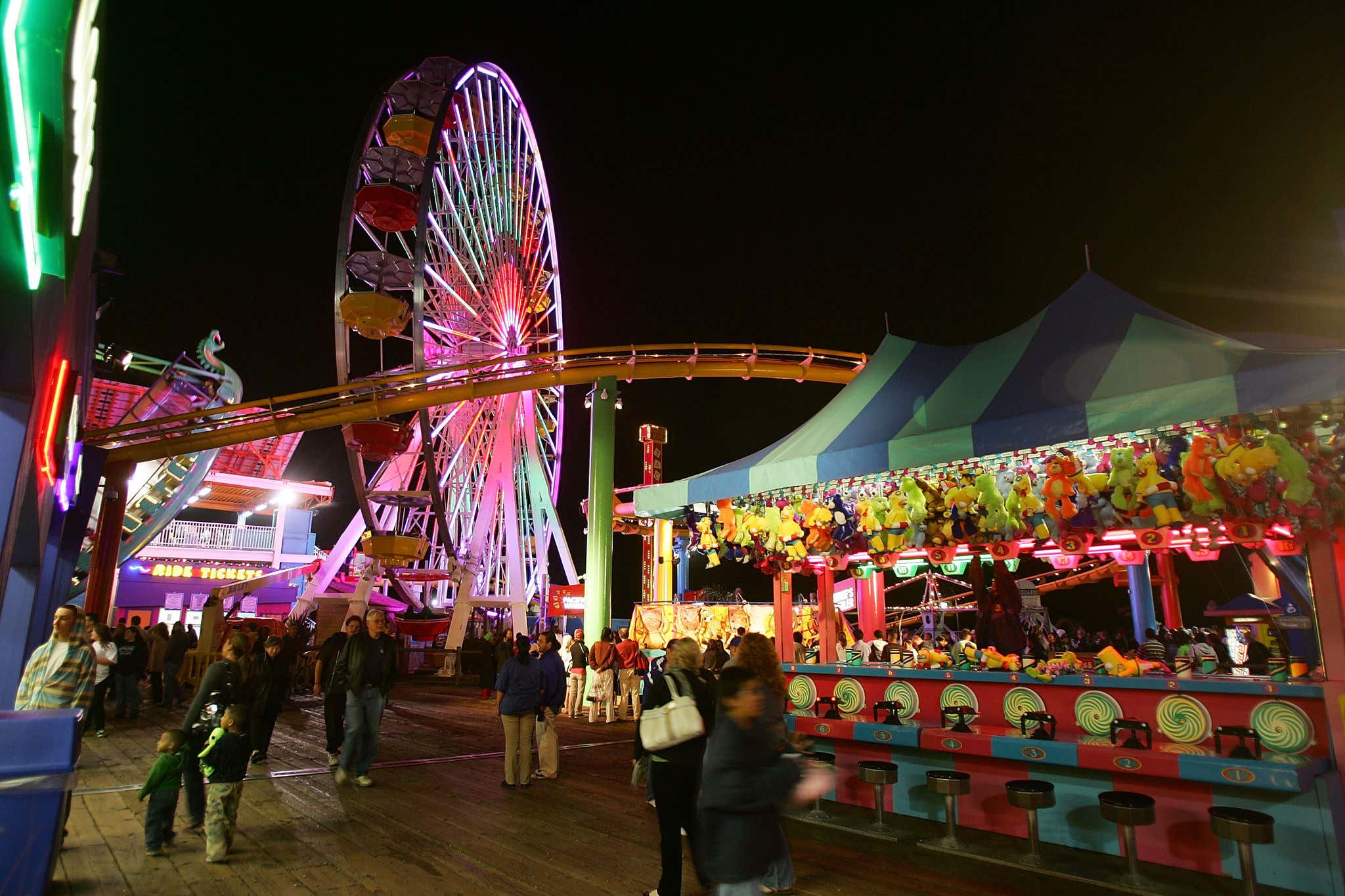 Carnival season is upon us once again. Fucking carnivals. Even the sound of the word is enough to trigger the release of a thousand bad memories best left in the depths of my brain where I'd repressed them. The Irish Rose and I drove by one in a parking lot this weekend, and the sights, sounds and smells brought back my sense memories from when our kids were little and dragged us to these things. Vivid mental images of games and attractions that emptied my wallet and rides that emptied my stomach. And we talked about how blessed we are that the boys have outgrown them. That they've broken free of the gravitational pull these traveling ripoffs have on young families.

If you draw up a short list of things we actually benefitted from during lockdowns, I'll nominate the lack of carnivals for the top of the list. We were better off without these wandering caravans of marauders who roll into otherwise peaceful towns to rob and plunder. An experience as empty and bad for you as the diabetes-causing cotton candy and the heart-stopping fried Twinkies they serve. Sucker games of non-skill that collect hundreds of dollars for every unlicensed knock off plush toy covered in asbestos fiber and stuffed with Vietnamese newspapers. Dangerously uninspected thrill rides that are anything but thrilling. Manned by addicted, wet-brained reprobates with stolen identities whose CORI check would set off a red alert at the FBI if they were ever actually asked to submit to one.

And those are the people who set up, run and maintain these rides. Just putting anyone you care about on one of them requires a level of trust that an astronaut gives to our most competent engineers and literal rocket scientists. And yet every time you buy the five tickets it takes to go on the Tilt-a-Whirl, you're putting your faith in the unknown drifter you wouldn't leave your dog with for a weekend.

Pass. And if you think I'm exaggerating, consider entrusting the people who set up this ride with your very life:

The Today Show - A thrill ride at a popular festival in northern Michigan was dismantled and an investigation started after the machine appeared to tip and pitch with riders aboard … Thursday night during the National Cherry Festival in Traverse City. No serious injuries were reported.

The Magic Carpet Ride “came off the blocking,” said Joe Evans of Traverse City-based Arnold Amusements. It was being sent back to the Ohio company that manufactured it.

“Obviously there was a malfunction,” Evans said. “We don’t know as of yet what it was.” …

The ride’s operator switched off the power and jumped to safety, the Traverse City Record-Eagle reported.

Bystanders grabbed a guardrail attached to the ride’s main base to hold it down.

Gee, I don't know, Joe Evans. I'm not an expert like your ride operator who hit the kill switch, got his ass away from the danger, crossed his fingers, let Newtonian physics do what it will, and hoped this wasn't Final Destination for the couple of dozen souls on board. But my guess is, someone - everyone - in your little wandering band of parole jumpers halfassed the one thing they are actually required to do, which is set up the rides so that as many passengers get off as got on. The ride could blow and the pavement below be slick with funnel cake vomit as long as your death toll is at zero when it's over. And you couldn't do that. If these paying customers hadn't risked their own necks to stabilize this thing for the sake of a bunch of total strangers, you'd have been hosing the blood and viscera into the storm drains underneath Traverse City. And right now they'd be celebrating the National Buried Festival.

It's funny because I was telling my own carnival-phobic Irish Rose how, if a foreign power ever captured me and wanted me to spill my nation's secrets, all they'd have to do is take me to one of these things and threaten to put me on all the rides. I wouldn't hold out a second before I was handing them the nuclear launch codes and the combination to the vault at Fort Knox. And I told her how when the carnival used to come to my ancestral homeland of Weymouth, MA, my buddies and I used to ride by and yell "Leave our community!!!" out the window. And how one time, when a bunch of the workers were hanging out in our main pub of choice, we got a chant going of "Stupid fucking carnies! Stupid fucking carnies!" Which, funny as it seemed at the time, I sort of feel bad about in retrospect. But not any more. Not after seeing this near calamity.

Thanks to the people who kept their wits about them, thought fast and in all likelihood saved lives. Hopefully all involved learned their lesson and their shadows will never be cast beneath the lights from one of these carnivals ever again.