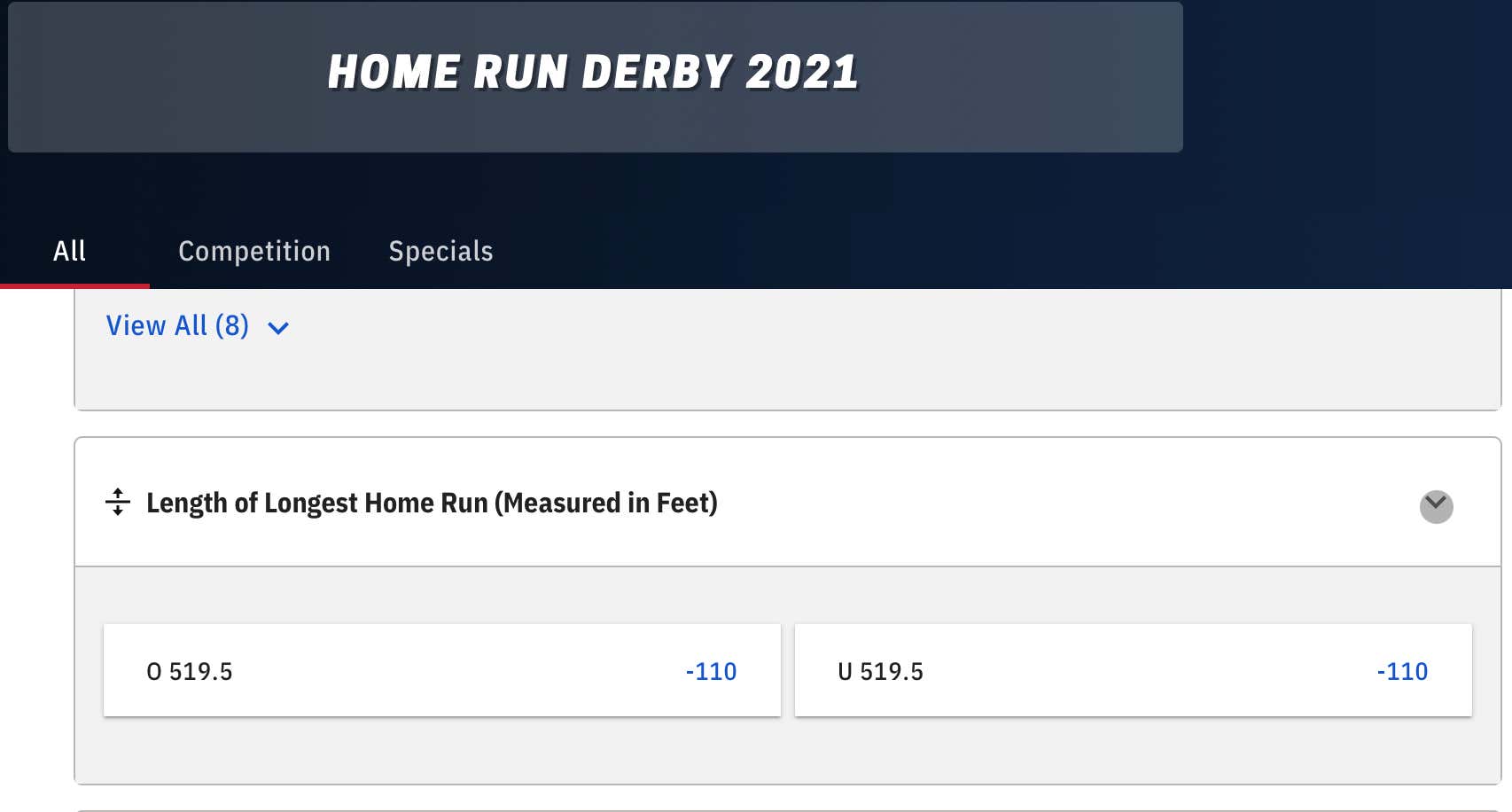 Yes I’m aware the HR Derby is taking place in Colorado with the altitude where balls should fly but needing a 520 feet homer to cash the over on this is still an insane number. The longest recorded HR in the history of the HR Derby is 513 feet hit by Aaron Judge in the 2017 HR Derby. He actually had a stretch where he hit three 500+ feet HRs in a stretch of four swings. Freak of nature shit. He did that in Miami i can only imagine what he would have done at Coors Field. If Judge was competing this year the O/U might have been 525 feet. In the history of the the statcast era (2016) there’s only been four homers hit farther than 500 feet in the HR Derby and they were all by Aaron Judge. In regular season games there’s only been three and they were by Nomar Mazara in 2019, Trevor Story in 2018 (who’s competing tonight) and Giancarlo Stanton in 2016, the latter being at Coors Field in Colorado.

Realistically our best bet at cashing this ticket is going to come from Shohei Ohtani, Joey Gallo and a dark horse in the hometown kid Trevor Story. If the over/under would be the longest homer in the history of the sport of baseball I have absolutely no choice but take the over. Have a chance to be apart of history? Yeah, I’m in. It sucks Gallo and Story have to face off in the first round but I think they both have a chance to hit some 500 footers.

Don‘t sleep on the hometown crowd and adrenaline to give you a lil extra pop on those swings. I witnessed Todd Frazier be absolutely putrid in the 2014 HR Derby and then compete for the hometown fans in 2015 in Cincinnati and win the whole thing. He may not have been hitting 500 feet homers but the point still stands that the right individual can get a bump from the hometown love.

Regardless we’re all riding with our newest gambling hire Megan Makin Money on her boosted odds at +550 for Joey Gallo to win the HR Derby. The guy has been on fire and all he does is hit absolute tanks.