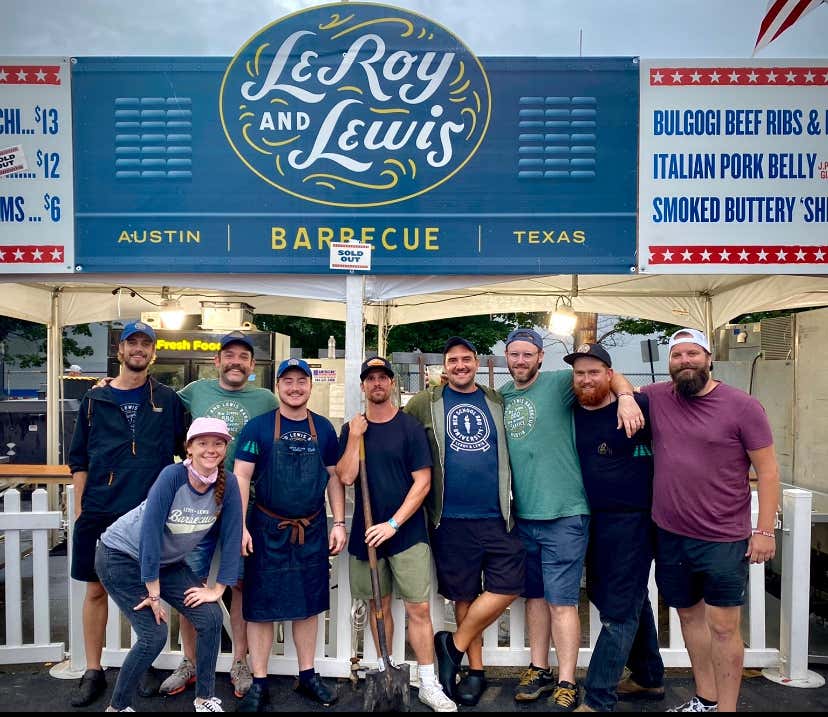 Some people travel for business. Other folks travel for pleasure. And some people out there decide to travel to spend 96 hours on a smoker just slingin' some meats and smoking up some of the finest eats one could ever possibly put into their mouth. I suppose I belong to the latter.

This past weekend I made my first trip to Chicago to attend the Windy City Smokeout festival with the boys and gal of LeRoy & Lewis Barbecue from Austin, Texas. First and foremost--holy shit, what an event. I mean obviously I'm going to be a little biased here since I love barbecue. But it is just an insane event from top to bottom. You have some of the best barbecue cooks on the planet, you've got some of the best country music artists on the planet, Chicago is a great city, and you add all of that together and the end result is just immaculate vibes. How many other chances could you get to eat a Texas Top 50 slice of brisket from Truth BBQ while listening to Darius Rucker perform live?

(Okay so technically Hootie wasn't performing at this exact moment, but still).

Anyway, I've been going on this barbecue journey for a little while and there are very few things that bring me more joy than sitting out by the smoker for 12, 13 hours while cooking up some meat. But typically that's a once a week thing for me at most. So when the folks at LeRoy & Lewis asked if I wanted to tag along for the smokeout, I figured what could possibly be better than doing one of the things that brings me the most joy for 4 days straight?

And while it ended up being an amazing time, I don't think I'll stop smelling like beef ribs for at least a month.

Smoked beef short ribs in a korean marinade and finished off on the grill. Check please.

I feel like a lot of people just instantly think of burgers and hot dogs when bbq comes to mind. Maybe you're not from the northeast and you actually think about brisket and ribs and sausage and other smoked beef, pork or chicken products. But my god, what a menu LeRoy & Lewis threw together. We're talking some seriously elevated shit here. Who else is plating bbq with kimchi? Who else is throwing together a giardiniera dish in bbq? The answer is nobody. That's not to say that LeRoy & Lewis were the only ones there who push the boundaries on what bbq can be. My good pals of HooDoo Brown BBQ in Connecticut were also there and the stuff they do is out of this world. Like this order of Texas brisket poutine. 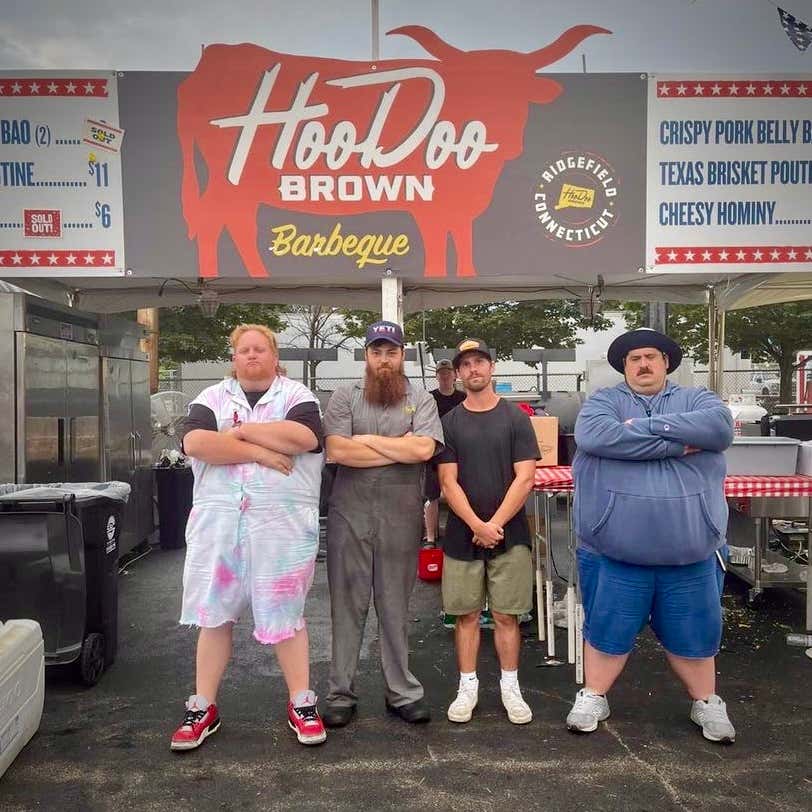 But yeah, that just proves that while BBQ is unquestionably badass and all about using simple ingredients, it can also be creative and crafty as anything. Which is the reason why the BBQ craze in America is going insane right now. So being able to cook with some of the folks who are at the top of the game for 96 hours was equivalent to getting a chance to go rip a few 2v1's with McDavid or Matthews or something. And then, of course, you also had your legends in the mix. Guys like Rodney Scott, who has a must watch episode of Chef's Table if you haven't seen it yet.

Guys like Barstool Chief and White Sox Dave, who will have a must watch video about Windy City Smokeout coming sometime soon.

And guys like whoever this guy is, who just appears to be living life the way it was intended to be lived.

Honestly I don't think I could sum up Windy City Smokeout better than this fella's dance did right there, so I'm just going to end it on that note. But a huge thanks to everybody who came by to eat, chat, cook, whatever. And especially a huge thanks to Evan, Sawyer, Brad, Jordan Wright, and the rest of the crew at LeRoy & Lewis for letting me tag along this weekend. Expect a few new tricks and recipes on some upcoming Meat Sweats videos.