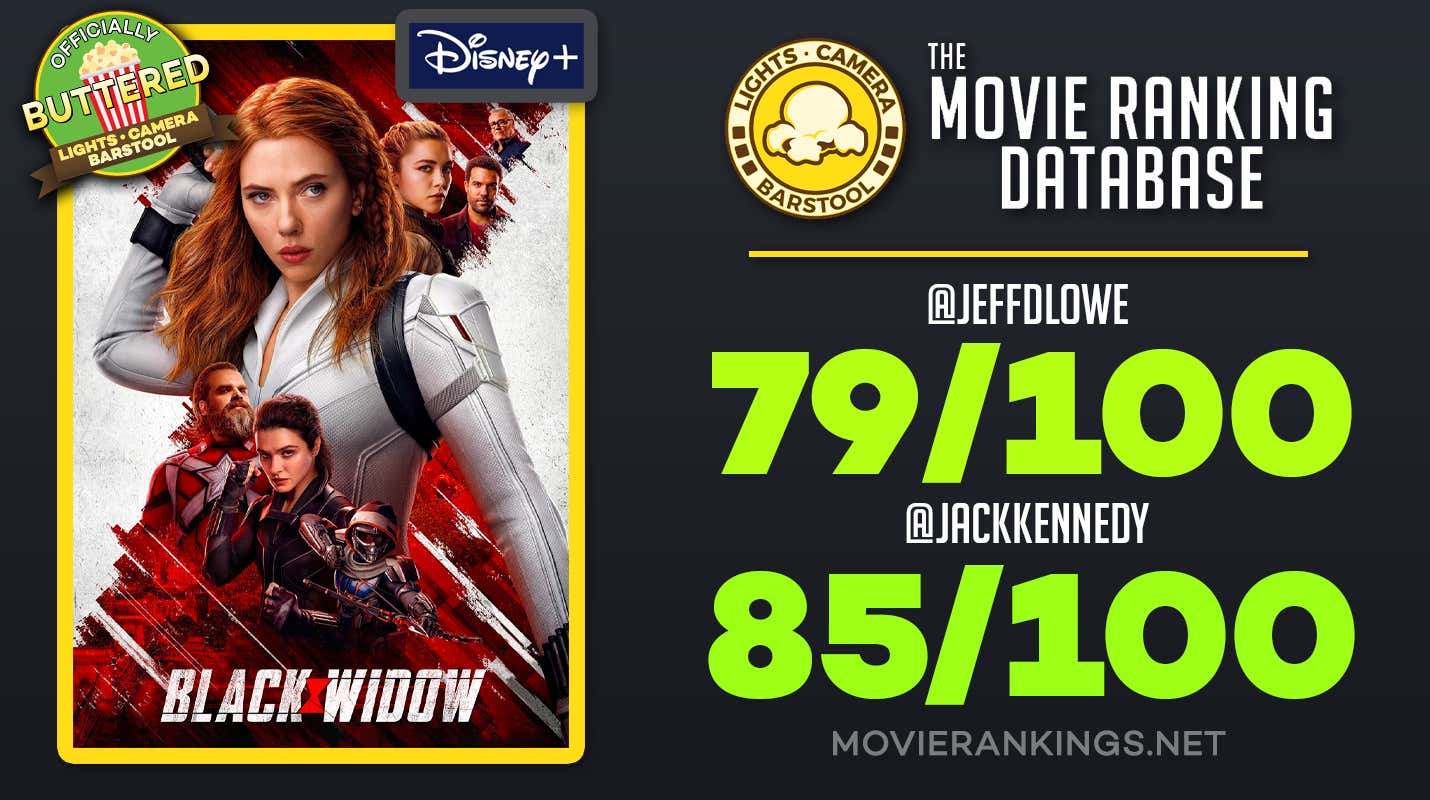 The first Marvel Cinematic Universe movie in two years is here, and while it isn't one of their best releases, 'Black Widow' will satisfy almost all hungry fans.

Natasha Romanoff, also known as Black Widow, confronts the darker parts of her ledger when a dangerous conspiracy with ties to her past arises. Pursued by a force that will stop at nothing to bring her down, Natasha must deal with her history as a spy and the broken relationships left in her wake long before she became an Avenger. (via MovieRankings.net)

Before getting into my thoughts on the movie, good lord is it great to see a Marvel Cinematic Universe movie on the big screen again. Call me a fanboy, a shill, or whatever you want, but I love this franchise and universe so much, so to be without it for two years has been a damn shame. Welcome back, Marvel!

As for the movie itself, 'Black Widow' is a ton of fun, and satisfies the empty void of two years without a Marvel movie, but it doesn't come that close to matching the quality of the studio's top releases. This will prove to be a nice send-off for Scarlett Johansson as the Natasha Romanoff character, but in terms of positives, the real scene-stealer from the movie ended up being Florence Pugh.

The biggest issue I have with this movie is a problem older Marvel Cinematic Universe movies used to have: a villain problem. What makes the problem even worse for 'Black Widow' is that it has two villain problems with both Taskmaster and Dreykov. Both are rather intense in terms of their power, or the scale of the destruction they want to inflict, but it never feels justified in terms of their depth. Both characters aren't really "revealed" until deep into the story, one literally off-screen, and the other behind a mask. The dramatic and emotional moments and ties to the villains just don't hit, and, like other Marvel Cinematic Universe movies with the same issue, it drags the movie down quite a bit.

A large part of shoe-horning in big villains is the fact that 'Black Widow' is indeed a sort of prequel… it takes place after 'Civil War', and before 'Infinity War'. The lack of "stakes" in the movie doesn't bother me too much, as we've seen plenty of prequels in the past, but it is impossible to deny that the movie's place in the timeline hurts the end results. Should this movie have been released years ago? Yes. It's hard to truly invest yourself when you know everything that happens to Natasha before and after the movie.

Luckily, there is plenty of "good" with this movie, and that's not a shock considering the dynamite cast. Scarlett Johansson is joined by Florence Pugh, David Harbour, and Rachel Weisz to form a group of characters that carries fantastic chemistry. It's a shame we won't see them all together on screen again. But out of those four, Florence Pugh truly stole the show in 'Black Widow'. She is primed to be a big-time name in the Marvel Cinematic Universe going forward, and dare I even say a "fan favorite." Her dynamic with Johansson on screen was not just badass, but also pretty funny at times.

Many of the "expected" problems for 'Black Widow' ended up showing up, which tripped the movie up in terms of being compared to the studio's best, but what we got in our first Marvel Cinematic Universe movie in two years is still a great time.

FINALLY! MARRRRRRVEL HAS COME BACK TO THE MOVIES!!!

After a 2 year wait, we got that comfort food that Marvel delivers. The cheeseburger and fries of movies! The cinematic chicken noodle soup! The big-screen mac and cheese! And like they always do, it gave us that big warm feeling in our guts.

Going into this movie, I was excited for one big reason: This was an espionage story that wasn’t centered around a big-power hero. Endgame was essentially stimulation overload in that regard, so I was looking forward to a more ‘Captain America: The Winter Soldier’ type feel. While I don’t think Black Widow is in the same tier as that, it certainly delivered exactly what I wanted out of it.

The plot is ripe with twists and turns, sleek spy action, plenty of hand-to-hand combat, and, most of all, laughs. This is sneaky one of the funniest Marvel movies which is NOT something I expected going into it. I loved the look of it, which highlighted small intimate fights while also having large-scale battles as well. It has a relatively snappy script and introduced some great characters that I really want to see more of.

ScarJo is obviously the main attraction, and she does great work with her character's swan song. What was more impressive to me, though, was her family. Florence Pugh stole the show in my opinion. She was badass, delivered great emotion and some killer laughs. An even better laugh came from David Harbour, who I would love to see more of in Marvel. Rachel Weisz didn’t get a ton to work with considering she is probably the most prestigious actor in this group, but I don’t think that was the plan for her.

Where I take points off for this movie is that it didn’t have a good enough villain. Taskmaster was a bit of a dud for me, and Ray Winstone was just missing something. Overall, though, I found it super entertaining and it was my first true MOVIES ARE BACK experience. I went to a screening with Robbie Fox and being part of the group laughs, oohs, and ahhs again was just phenomenal. It is a movie that is definitely best enjoyed in theaters, so try to get out and see it if you can.

--
The movie is Officially Buttered, even if it isn't quite the best-of-the-best from Marvel. If you can see it in theaters, do it! Go to the movies! Have fun! You can head to Lights Camera Barstool right here to listen to our latest episode and then our episode coming out this Sunday, where we will review the movie in full.