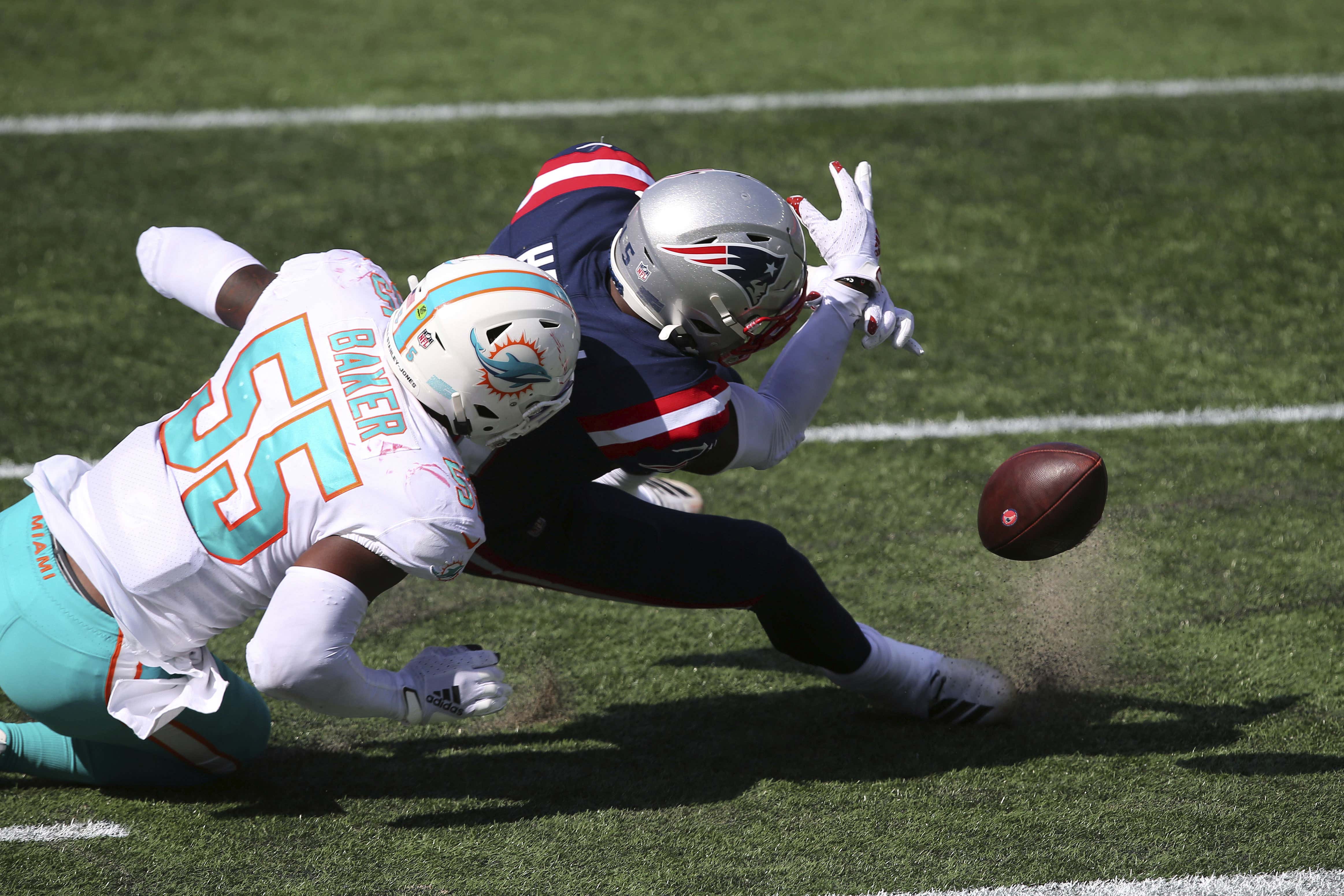 If I'm going to establish a precedent with my first ever (I think) back-to-back days of N'Keal Harry posts, the way I look at it, I might as well try to get a streak going. As long as you've got the hot hand, keep shooting. And if you're cold, keep shooting until you get the hot hand.

Besides, Harry demanding a trade:

… is the most blogworthy thing he's done in a Patriots career that will otherwise be distinguished only by him retiring the trophy as the biggest bust of the Dynasty Era. So what the hell. Let's keep this candle burning.

Seeing as a receiver with two years in the league has a career total in catches and yards that equals about a good month for some of the guys drafted behind him (I call your attention to this Pro Football Reference screengrab yet again): 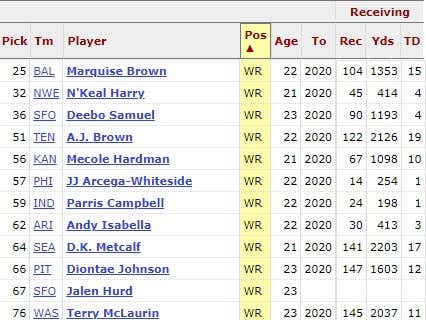 … and he's making demands of the greatest coach ever to spin a whistle cord around his hand, the reaction to Harry's "request" has gone over about as well as you'd expect.

And my personal favorite:

Patriots proto-linebacker and member of the 3-Ring Club Ted Johnson went a step further than simple GIF-and-meme mockery, accusing Harry of treating Belichick the way Johnny Fontaine did to Mr. Woltz. Making him look ridiculous. And a man in his position can't afford to be made to look ridiculous.

I disagree with the premise that Harry is teabagging his boss in a way no one ever has before and it's all because the players sense weakness in a way they never could have with Tom Brady here to keep the "ecosystem" in balance. Plenty of guys have come through here, found out the hard way they didn't pack the gear to cut it, and were gone. Albert Haynesworth. Chad Johnson. Cassius Marsh just to come up with three quick examples without straining my brain. Harry is just the latest.

But if Harry and his agent think it's going to be easy to move him, they've got another thing coming. As you'd expect there's not a lot of market forces assigning high value to a wideout with a year and a half of tape on him not getting open or catching footballs. As Adam Smith would explain it, there's a much greater supply of N'Keal Harrys than there is a demand for N'Keal Harrys, driving the price down. At least according to one report:

Oof. A conditional 6th rounder for a guy who was the 32nd pick in 2019 is like totaling your new car when you've still got 36 payments to go. Except there's no insurance on this one. All you can do is sell it for scrap. Otherwise it's a total loss.

I say again there is no way GM Bill will accept a return on investment like a 6th rounder, even though I agree that is the market for him. I'm going to stick by my original thought that he'll either hang onto the guy and give HC Bill one last crack at turning him into an NFL caliber receiver, or he'll flip him for someone else's equally damaged goods. A prospect who has failed somewhere else and could also use a change of venue to salvage his career, like Parris Campbell or (my preference) Andy Isabella.

Regardless, one thing we can pretty much guarantee based on the reaction to the trade request, N'Keal Harry hasn't done anything to make anyone miss him when he's gone.