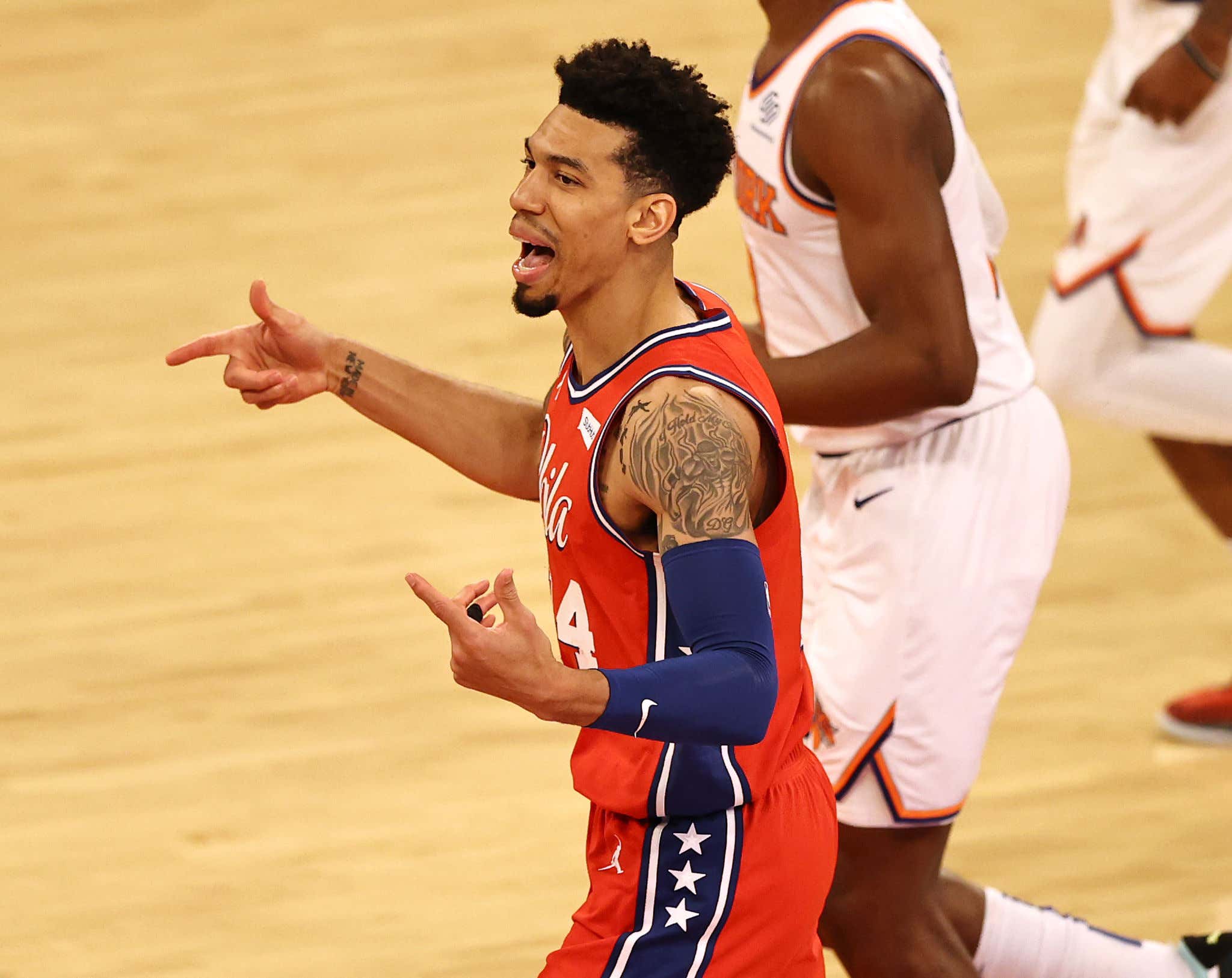 Danny Green has made it to the NBA, he has won multiple championships in this league, and for all intents and purposes I'd say he knows his shit when it comes to basketball. In no world would I ever attempt to dispute anything that Danny Green says about basketball. He may not go down as one of the greats or anything like that, but he sure as hell knows more about the game than I do. And that goes for the majority of the city as well.

Want to know what Danny Green doesn't know more about than the majority of Philadelphia? Being a Philly fan. Because while Danny Green has had himself quite a long and successful career in the NBA, buddy has been in Philly for a cup of coffee. But that didn't stop him from going on John Clark's podcast and saying the fanbase needs to change because their too mean to the poor wittle mentally fragile Sixers team.

When Johnny Airports asked if the Philly fans being so passionate ended up having an affect on someone like Ben Simmons who cowers away when the team needs him the most, Green had this to say.

NBC Sports Philly - For sure. It has an effect on everybody, and I think that's something that needs to change in the city. I love our fans, but when things aren't going well, they can't turn on you. That's the one thing I would disagree with or dislike. Some guys use it as motivation, some guys have a chip on their shoulder, but I think that needs to change. They need to be riding with us, regardless of how things are going.

"We're the No. 1 team in the East, still playing well, and in some games they'll boo us - that's part of the culture here, part of their way of showing they love us - but with a guy like Ben, and other guys, I think they need to stick behind them and stick by them as long as they can, until the horn blows. And even then, he's here. He's given so much to the organization and the city, on and off the court, that he deserves that respect and that support.

Listen. I appreciate the honesty. I like when athletes are actual human beings who give actual answers to the media instead of just saying whatever they think they're supposed to say. But even still….just shut the fuck up, dude.  Like sure, I'm sure it would be way easier for pro athletes to play in a market that celebrates their success but really doesn't give much of a shit when they fail miserably. Every human in the world would love if their achievements were celebrated and their failures were ignored. But that's not how this city operates. That's not a mindset this city can get behind. Hell, this is a city that is so goddamn invested in our teams that we willingly went along with this organization when they purposefully planned to suck massive amounts of ass for 5 years just to put together a roster that would be worth a damn.

Where was Danny Green for all of that? Where has Danny Green been for the past 29 years that have been filled with 2 moments of happiness (thank you, Phillies and Eagles), but for the most part just filled with nothing but misery and despair? Because I've been here. Everybody else in this city has been here. But Danny Green was nowhere to be found. So if you want to talk about a fanbase turning on a 1-seed that blew multiple 20+ point leads to a 5-seed after we were promised that the process would produce a team that would never crumble like that? Get lost, clown.

Danny Green doesn't get to say what he thinks should or shouldn't change about this city. He hasn't been here long enough to earn that right. Call me when you've spent your entire life dreaming about one day celebrating at a Philadelphia Flyers Stanley Cup parade and then you end up waking up every single morning for 29 years without one.