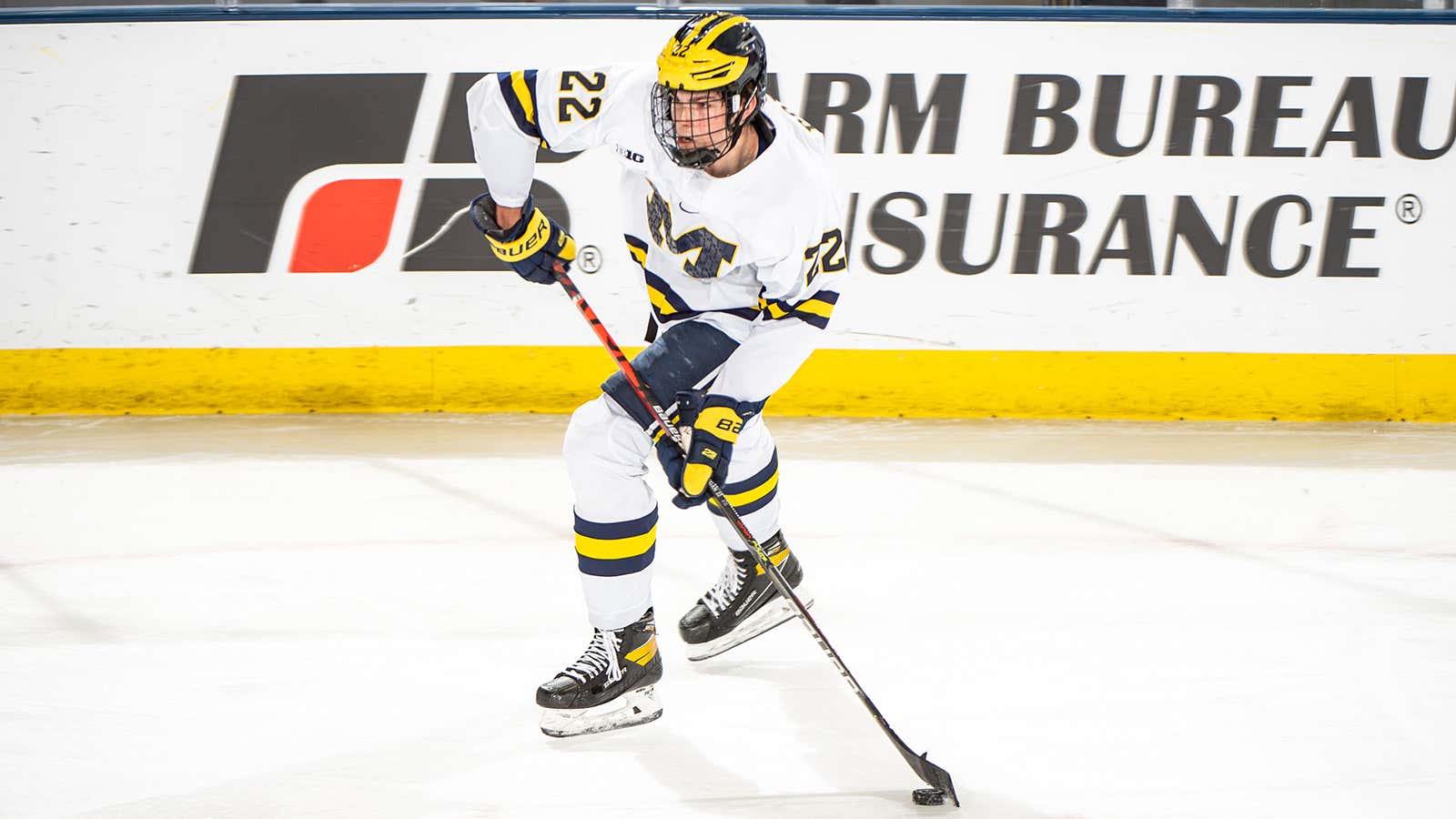 Sportsnet - Defenceman Owen Power, the NHL’s top-ranked draft prospect, is leaning toward staying in school and playing his sophomore season at Michigan next year rather than turning pro.

"I wouldn’t say I’m committed to going back to school. I mean, I’m probably leaning towards it right now." Power said during a Zoom call featuring the top-ranked draft prospects on Tuesday.

Power added he won’t make a decision until after the draft, by noting he wants to first consult with the team that selects him.

The 6-foot-6, 213-pound player from Mississauga, Ontario, is the NHL’s Central Scouting Bureau’s top-ranked North American skater entering the two-day draft, which opens on July 23 and will be held remotely for a second straight year because of the coronavirus pandemic.

Well well well…would you look at that? Seems like the NHL is going to find themselves in a bit of a predicament these days now that college athletes can secure the bag thanks to the NIL. As of right now, I'm pretty sure the maximum for an entry level contract in the NHL is somewhere around $925,000 AAV on a 3-year-deal. Sure, that's a decent chunk of change. But what if Owen Power decides that he wants to be a Barstool Athlete? What if becoming a Barstool Athlete helps Owen Power not only make a million dollars this upcoming season, but it also saves him from having to go to Buffalo right away? He can head back to Michigan, be an absolute stallion in Ann Arbor for another year, and just pray that Buffalo isn't an absolute disaster by the time he's ready to leave.

So what does the NHL do to combat this? How can the NHL--which constantly fails to market the game's best and brightest young stars--compete with these guys going back to college to be a Barstool Athlete? I guess all you can really do is head back to the CBA and let these 18-year-olds start to sign some massive tickets right out of the gate. Couple of $10M contracts straight out of high school.

Or if you don't want to start handing out massive contracts to teenagers, maybe just make sure that teams like Buffalo or Edmonton don't end up with the 1st overall pick anymore. You're never going to get a kid to rather live in one of those cities than go back to college where you can be the man on campus and make a little money while you're at it. Honestly I wouldn't be shocked to learn that this was the whole reason why the league came out with the new draft lottery rules which limits the amount of times a team can win the draft lottery in a 5-year-span.

Either way, I feel like Owen Power coming out and saying that he's leaning towards heading back to school right now tells you everything you need to know about Buffalo's ability to develop young talent and build around them. Why deal with that mess right now when you don't have to? Especially as a young defensemen. Regardless if he makes any money off of his likeness at school, I'd still rather rip another season in college than deal with 3 coaching changes and a last place finish in Buffalo for 82 games.