Merchapolooza | 10% Off The Barstool Store When You Use Your Favorite Personality's CodeSHOP NOW
Giphy Images.
WARNING: THERE ARE SPOILERS THROUGHOUT THIS WHOLE THING. DON'T READ BEFORE WATCHING!

The episode starts off right where the last one left off: with our Loki meeting the other Loki variants in this new world which we learn is called "the void". The Lokis explain to our Loki the the Void is a spot at the end of time where everything they prune is sent to be eventually destroyed by Alioth, which is "a living tempest that consumes matter and energy". Loki, being Loki, wants to know what the plan to escape is. the variants are basically resigned to a life of survival and nothing else.

In the meantime, Sylvie has Ravonna captive after their battle at the end of the last episode. Ravonna seems equally surprised about the reveal of the Timekeepers, which leads to her asking Sylvie to team up with her to find out what is going on. This, however, is a ruse to get Sylvie to lower her guard. After she is cornered, Sylvie prunes herself in an attempt to get to Loki and figure out what is going on.

Loki goes to the variant Loki's hangout, which is infiltrated by President Loki which starts a battle between everybody. The "good" Loki's (Our Loki, Classic Loki, Kid Loki and Gator Loki) escape the chaos, and are pissed off at the fact that they (Loki) won't ever change.

After self-pruning, Sylvie lands right in the path of Alioth. She is rescued at the last second by our sweet baby boy, Mobius, who comes screaming through like Lightning McQueen in a pizza delivery car. They meet up with the Lokis and devise a plan of action. They decide to ride with Sylvie, who wants to enchant Alioth. She thinks that Alioth is more of a guard dog that can be enchanted into revealing the true master of the TVA. Sylvie and Loki share a tender moment where it seems like we're about to get spicy, but things stay platonic.

The group parts ways, with the Lokis returning to their bunker, Mobius going back to the TVA and the duo of Loki and Sylvie going after Alioth. Their attempt to enchant the smoke monster fails, but Classic Loki comes to the rescue by using his conjuration to make a full scale replica of Asgard to distract the creature, dying in the process. Loki and Sylvie combine their. powers to enchant Alioth, who reveals a portal to our still to be revealed bad guy.

This episode was basically a wet dream for Marvel fans that love easter eggs, but that wasn't the only draw of the episode. We got a solid introspection for Loki, especially through his interaction with Classic Loki, about his true character and ability to change. We also got a cool, Sakkar-type world in The Void which was a fantastic setting for this time-divergent story.

I really loved the alternate Loki's and their rapport with eachother. The Sylvie banter is cool, but having 5 much more distinct and less serious versions of the character was great fun. I also like how we are now set up for a biiiiiiiiig time reveal in the last episode of the series.

- THE USS ELDRIDGE: There is a scene in the void where a battleship suddenly appears and starts trying to blast our big smoke monster, Alioth. That Battleship is a the USS Eldridge, which is tied to an old urban legend. According to said legend, the ship was outfitted with some experimental tech which was supposed to make the ship undetectable by radar. Instead, when the tech powered on, the ship disappeared and reappeared in a totally different shipyard. 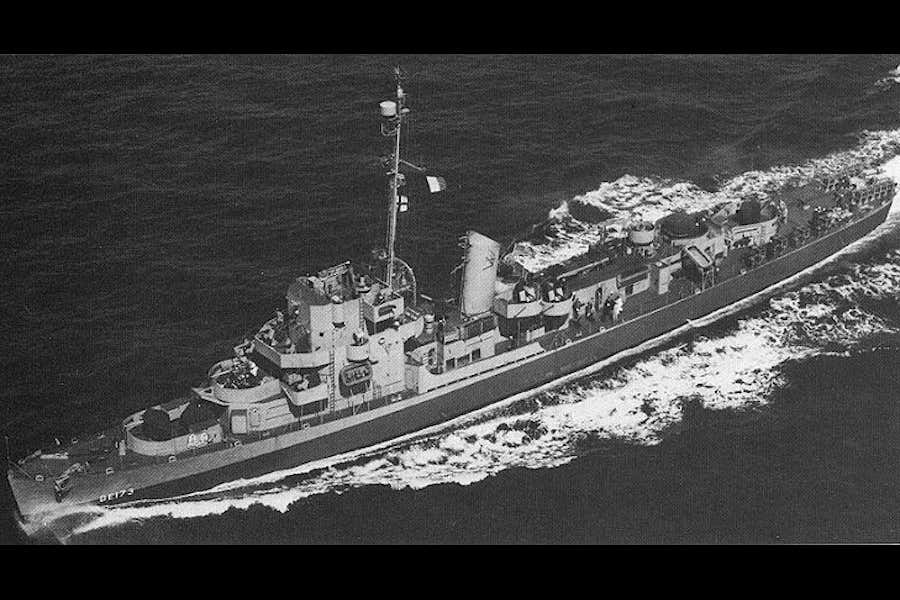 - FROG THOR: There is one scene where you can see a little mini frog Thor labeled T365, which is a reference to issue #365 which was the introduction of Frog Thor or Thor the Thunder Frog, Throgg, or whatever you want to call him. More Thor variants please!

- POLYBIUS VIDEO GAME: This is just one of the random things in the Loki man-cave and also something we have seen in the trailers before. Polybius is an urban legend where the government introduced a bunch of arcade games that supposedly induced intense psychoactive and addictive effects in the user. Before they could get caught, though, the government destroyed all the machines. 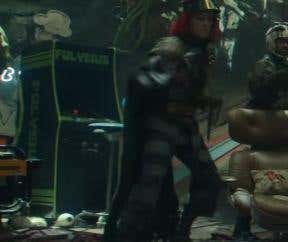 - PRESIDENT LOKI: The Loki that appears and tries to take over is President Loki, part of a series called "Vote Loki" which came out ahead of the 2016 presidential election.

- SWORD: The sword that Kid Loki gives regular Loki a sword that seems like nothing, but it is actually Laevateinn, his special sword. It apparently means "damage twig" in Old Norse.

- THE THANOS-COPTER: This is an easter egg that I think immediately resonated with even the more casual Marvel fans because of the Thanos-Copters meme history. It is truly one of the dumbest and funniest things that has made it's way into the mainstream eye, 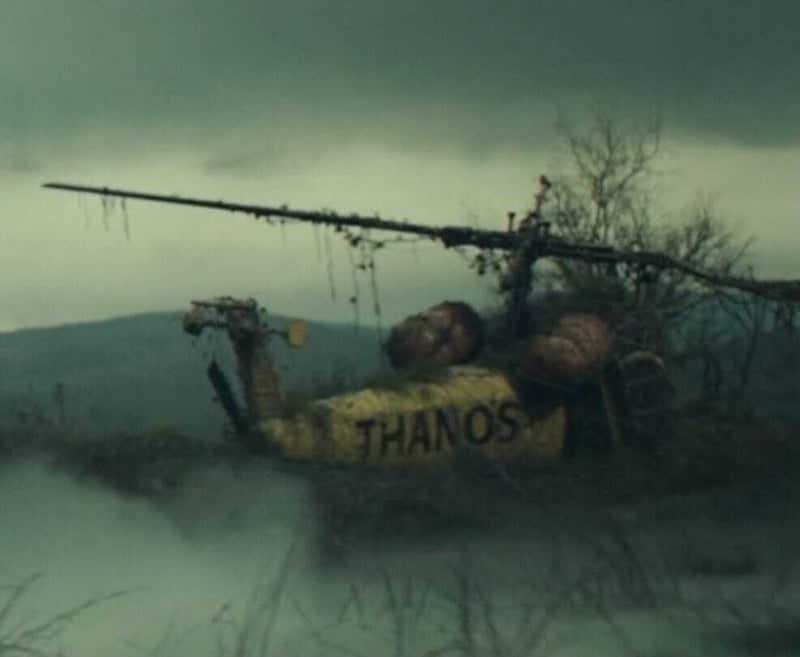 - DESTROYED STUFF: In the beginning zoom on the void, we see a destroyed city that includes a bunch of stuff like a destroyed Helicarrier, The Lighthouse (and presumably library) of Alexandria, A blown up Stark Tower, the wreckage of Ronan the Accuser's ship (from guardians of the Galaxy vol. 1).

- ALIOTH: In the comics, Alioth and Kang the Conqueror are essentially contemporaries. They both occupy giant sections of time, and when Kang dies, Ravonna accidentally releases Alioth into his "territory".

We are 100% getting Kang the Conqueror as our final villain. It just has to be! Ravonna Renslayer has a relationship with Kang in the comics! Alioth has major history with Kang (and Ravonna) in the comics! Everything in this whole series revolves around time! If he isn't the big bad, this will go down as an all-time misdirection.

In case you aren't familiar with Kang, he is a time traveling supervillian who has already been announced as the main villain in AntMan 3: Quantumania and will be played by Jonathan Majors.

BTW, make sure to watch the MMB breakdowns! Robbie and Clem do an incredible job laying everything out for you guys.