Last time around, we might've seen the respectful, family-man Conor McGregor fight Dustin Poirier - but this time, he left that man at home and brought the bad man out to play. No more Mr. Nice Guy.

Shit got real back in April when Dustin Poirier accused Conor McGregor of not paying his charity - The Good Fight Foundation - the $500,000 that was promised pre-fight. McGregor then said his team looked into the charity and basically couldn't figure out where the money was going - you can read the tweets for yourself here….

McGregor wound up donating $500,000 to the Boys & Girls Club of Acadiana in Poirier's hometown of Lafayette, Louisiana instead of The Good Fight Foundation.

Dustin Poirier took the high road shortly after that, and swears he won't engage in McGregor's mind games….

…..but we'll see if that changes once they come face-to-face at the press conference tomorrow. 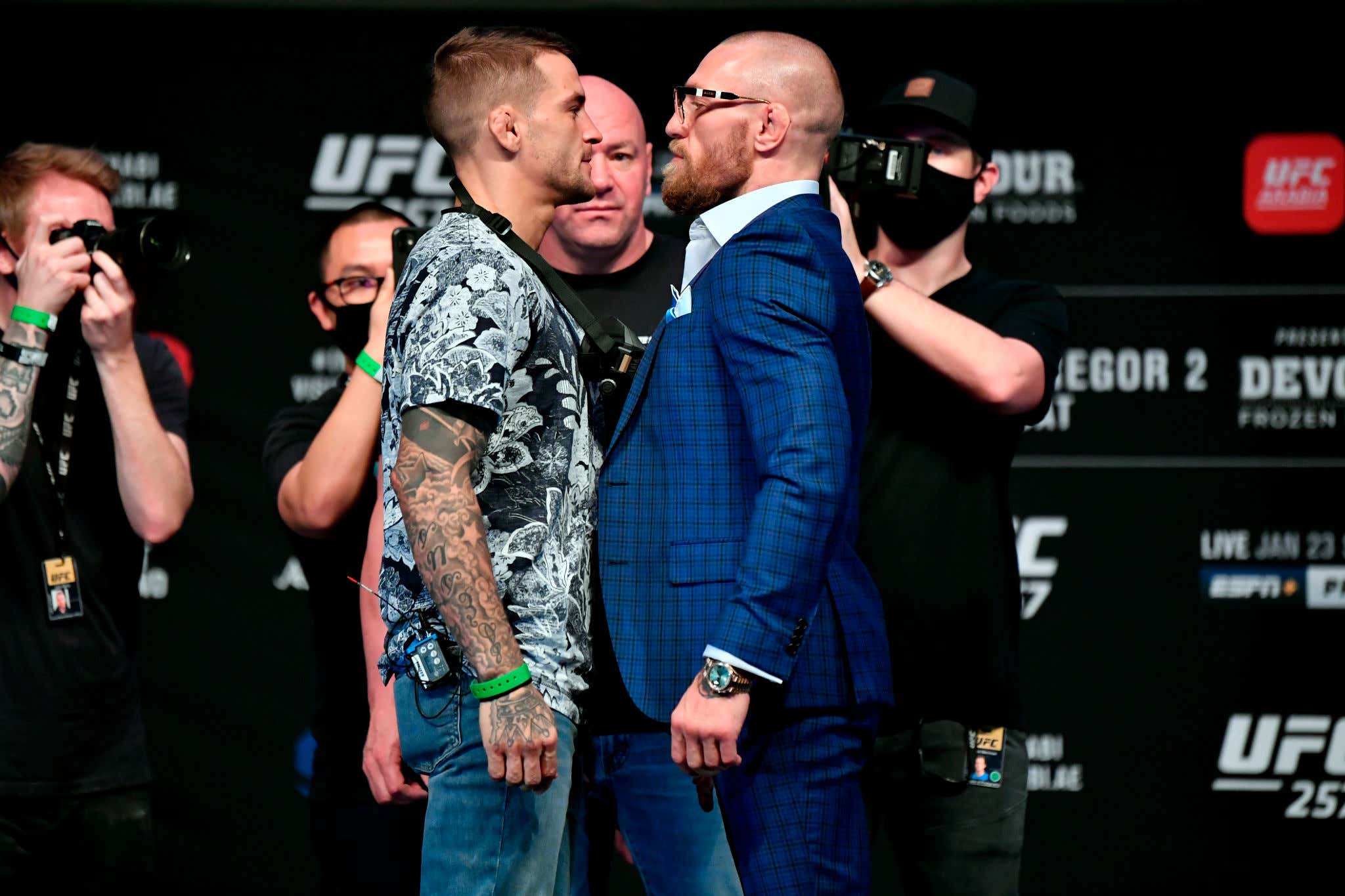 Conor is a master of getting under people's skin, and got under Dustin's with ease in the lead up to their first encounter back in 2014….

….and yes, a lot has changed since then - but I don't think it's crazy to suggest McGregor still has some top-notch mental warfare left in him. Especially after the ol' peahead voice memo.

Oh, and obviously, while the human in me doesn't like to see people's families get brought into the picture, the other side of me realizes that this is barbaric human cockfighting in a cage we're talking about, so if Poirier is REALLY mad about that tweet - he gets to beat up Conor for it on Saturday. Kinda levels everything out. It's also prrrrretty harmless in the grand scheme of things.

I'm not saying it's right….but that's also the point of this blog - it ain't right; the bad guy is back.

P.S. Headed out to Vegas this afternoon, pray for my pasty ass….