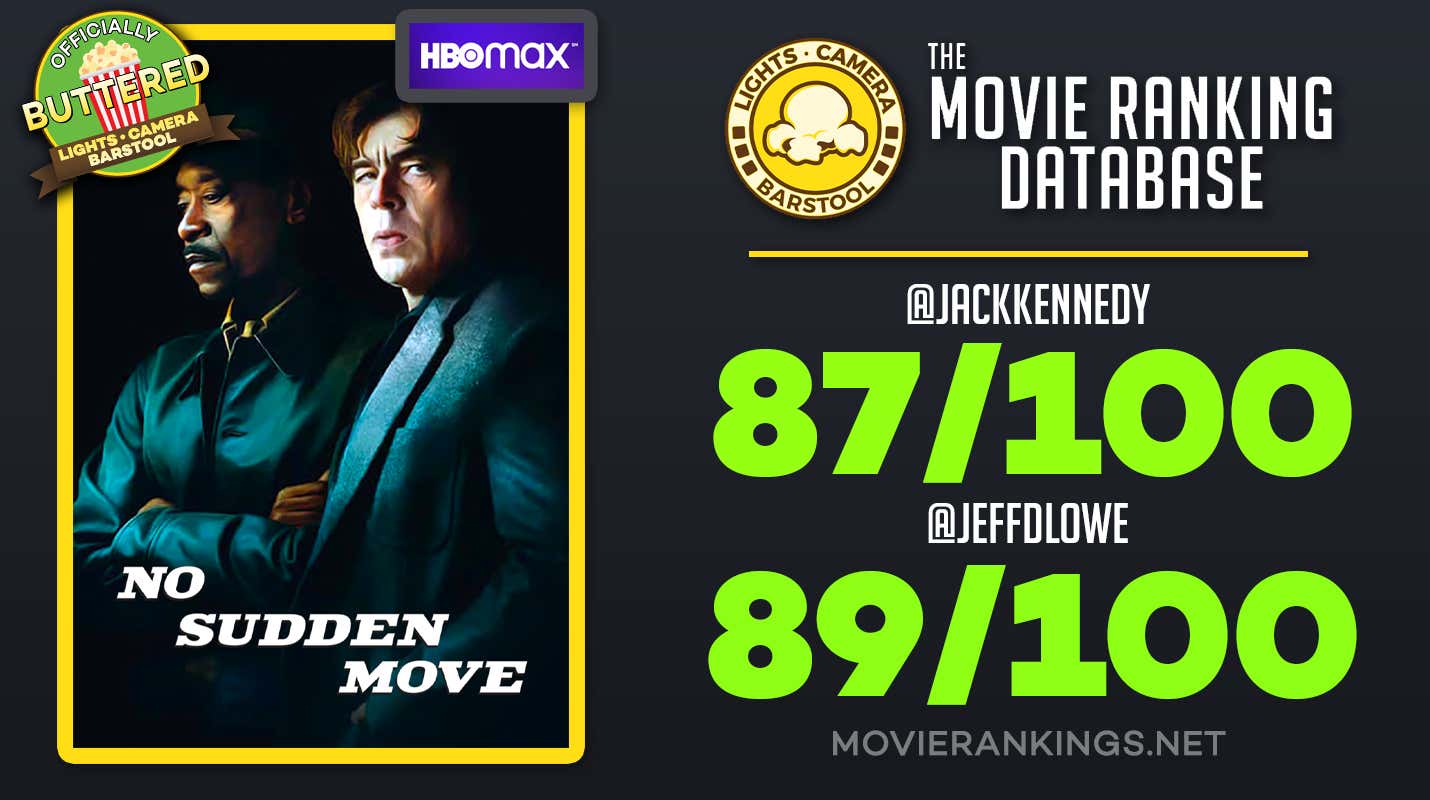 Make sure to use MOVIERANKINGS.NET to find what to watch and where to watch it. Over 5,000 Movies rated!

In 1954 Detroit, small-time criminals are hired to steal a document. When their heist goes horribly wrong, their search for who hired them -- and for what purpose - sends them wending through all echelons of the race-torn, rapidly changing city.

I remember reading about this production a while back, and being hopeful but hesitant. Soderbergh is an absolute legend who just happens to be in what I, a very stupid critic, would consider a bit of a "entertainment" slump. He's been experimenting a bit with movies like Let Them All Talk, The Laundromat and Unsane. These aren't necessarily bad movies(at least not Unsane), they just aren't at the standard of movies like Ocean's 11, Traffic and more.

All that hesitation melted away after the first 20 minutes when I realized this is vintage Soderbergh. Rich storylines, morality in crimes and awesome characters. It may be a bit of a slow burn for some people, but if you are a fan of crime thrillers, heists, and good dialogue then you will love this.

On the technical side of things, I love how this movie immediately immerses you into the 1950s Detroit atmosphere. The production value on the cars, houses, sets, costumes and more were amazing. It's shot so well to highlight each character and their respective storyline, and each of their storylines were layered, well developed and really interesting. They all connect to this overarching plot that is paced so well and slooooowly unravels with a bunch of twists and turns.

On the acting side, I think Don Cheadle's performance stands out as one of the best. I feel like I haven't loved a character of his in a long time, but this was a perfect fit for him to show off his stuff. del Toro plays a familiar character for those who have seen his work, but that, doesn't make it any less enjoyable. The other person I want to point out is Brendan Fraser. My beautiful big sweet baby boy did such a great job as the mobster middle man Doug Jones.

It's dark, funny, and just a fun ride. Again, I don't think it will be for everyone as it is a bit of a slow burn. I do think, though, that this will resonate with a lot of people. Like I said before, if you are a fan of good writing, crime movies, or heists, this is for youl.