Imagine being Steven Stamkos right now. You've brought your team to being 60 minutes and 1 win away from being back-to-back Stanley Cup Champions. Solidifying yourselves as one of the most dominant hockey clubs in the past 20-30 years or so. Sure, you have the advantage of that whole extra $18M the team is saucing around with right now. But that doesn't change the fact that the Lightning would be just the 4th team to win back-to-back Cups since 1990.

Then you've got this bozo getting up in front of a microphone, shoving her foot in her mouth and her head up her ass, and saying the Bolts should just take it easy in game 4 so they can hoist the Cup on home ice. 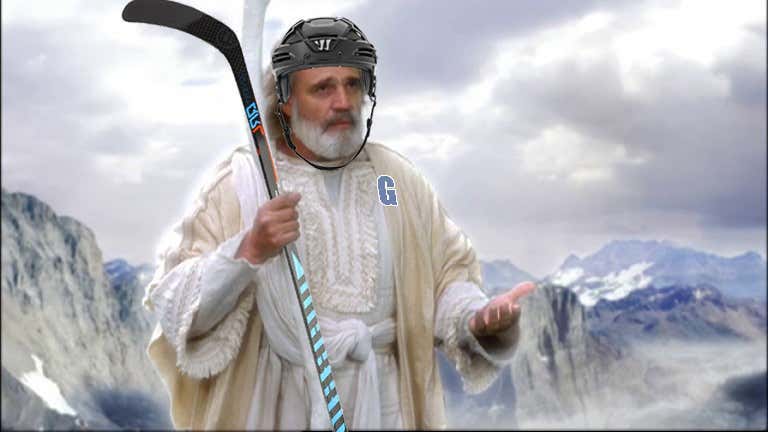 Now here's the thing---you look up "wagon" in the dictionary and definition 1a. is the Tampa Bay Lightning. Merriam-Webster certified. So the Hockey Gods are going to have their work cut out for them if they want to make Montreal come back from being down 3-0. It's certainly no easy task. But when you've got the mayor of Tampa out here telling the boys to take 'er easy in a Stanley Cup Final game to bring it back home for a game 5? Just imagine the bowel movement Joey Chestnut is going to happen after slapping back 76 grease missiles, and that's the type of shit Tampa Mayor Jane Castor just took all over the beautiful game of hockey.

So let's say Montreal wins tonight. They're feeling themselves again and they don't want to give the Tampa mayor the satisfaction of her plan working out to perfection in game 5. So they fuck around and win that one, too. 2 games in a row, series heads back to Montreal for another win in front of the hometown faithful. All of a sudden it's game 7. Anything can happen now.

I know it's going to pain some of you to root for the Habs. But everybody on the planet should be rooting against Tampa at this point just to see this bozo try to weasel her way out of being the biggest mush of all time.