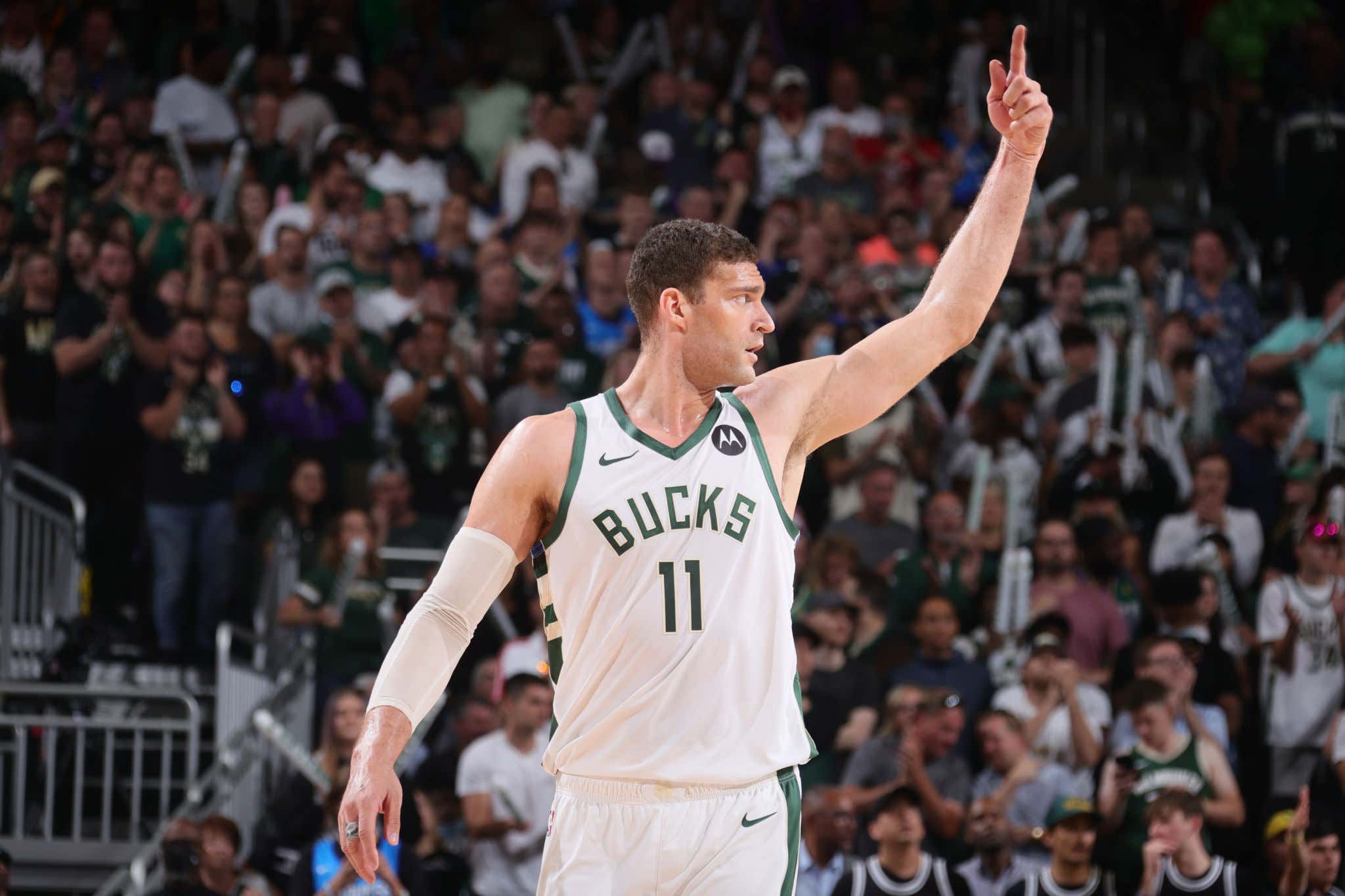 We've seen some pretty weird shit so far in these playoffs when it comes to random players turning into absolute forces. Sure the stars have done their thing, but that's expected. Guys like Dillon Brooks came out and averaged more points than LeBron. Reggie Jackson became unstoppable. Cameron Payne legit looks like an actual NBA player. For me, this is part of what has made these playoffs so entertaining to watch. With star players getting hurt left and right, it gives an opportunity to these role players and that could not be more true than what we saw last night in Milwaukee. With no Giannis, it was going to have to be a team effort, and they came through. It's not surprising to see Middleton or Holiday play well. They are your max guys. But a big night from Bobby Portis was certainly a surprise, and then there was Brook Lopez

I mean who the hell saw THAT type of performance coming from a guy who had taken just 20 FGA over the last 3 games? He only had a total of 40 points the entire series heading into last night. I could understand if Clint Capela wasn't active and the Hawks had no size, but he played. Think of how massive this random ass performance was for the Bucks. As you should know by now, the winner of Game 5 when tied 2-2 goes on to win the series around 84% of the time. The Bucks very well could have punched their ticket to the Finals riding the game of Brook Lopez's life

When these playoffs started, at what point did you say to yourself that Brook Lopez was going to be the key to the Bucks making the Finals? Never. If anything you were probably more concerned with him getting played off the floor. I wouldn't exactly call Lopez a scrub, he's a skilled big man that has done a great job of developing his game from his Nets days, but nobody saw this shit coming last night. You could argue it saved their season and kept their title hopes alive. Winning Game 5 was huge when you start to see the reports surrounding a potential Giannis return

At this rate I'm starting to wonder what random player is going to determine the NBA championship. So much of the talk will be about Booker, Ayton, CP3, and then whatever stars come out of the ECF, but in reality it's probably going to be Dario Saric going nuts or some shit. On one hand it sucks because I want to see the best of the best healthy and compete at the highest level. On the other hand I find it hilarious that these huge playoff games are being completely dominated by role players. The Suns aren't in the Finals without Cam Payne's play. The Hawks aren't still alive without a prayer from Lou Williams and the same is now true of the Bucks and Lopez.

This postseason has pretty much killed the idea that the NBA Playoffs are predictable, and honestly I don't hate it one bit.