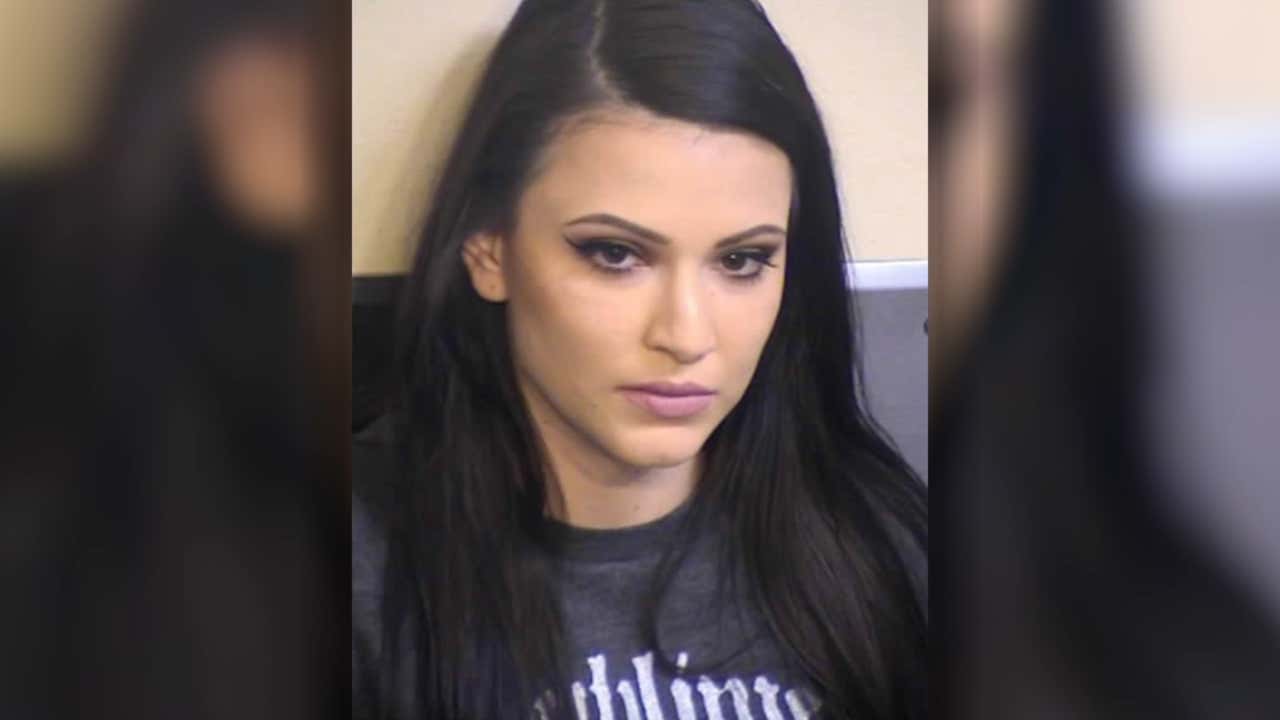 Source - A California corrections officer convicted of having sex with an inmate in full view of other prisoners will spend 210 days in jail, then serve two years of probation.

Tina Gonzalez, 27, admitted to the crimes and her attorney, Martin Taleisnik, claimed her “marriage was falling apart” when she committed the acts.

“It was never her intention to bring any harm or danger to the employees in the jail or anyone else in the jail,” said Taleisnik.

In addition to sex, Gonzalez reportedly gave the inmate razor blades and a cell phone. She also tipped him off of cell searches.

“At times, communicated sensitive information to the inmate about individuals that were entering the inmate’s pod as well as times when the pod would be searched,” said prosecutor Kaitlin Drake.

“Cutting a hole in your pants to make it easier to have sex with an inmate and having intercourse in full view of 11 other inmates is something only a depraved mind could come up with,” Fresno County assistant sheriff Steve McComas said.

And -  Gonzalez continued to maintain contact with the inmate for over a year, even after she was caught, according to phone logs.

"The fact that she continually calls, has sexually explicit conversations with the inmate in question, and even boasts about the crimes she carried out shows that she's incapable of owning up to her mistakes and will undoubtedly continue in the future," McComas said at the sentencing hearing.

No disrespect intended to the prosecutors or the Fresno County Sheriff's Department, because we all know what a tough time it's been in law enforcement. But they really could stand to dial back the harsh rhetoric here.

Some might consider a prison guard cutting a hole in her pants so she can put on a live sex show for an audience of 11 inmates to be the work of a depraved mind. But I see it as Officer Gonzalez being resourceful and efficient. A real time saver, when you think about it. Granted, the other prisoners would probably have preferred to see her funny business. But by keeping her pants on, she was able to get the job done faster. While also keeping her belt with keys, cuffs, baton and sidearm at her fingertips in case duty called. One man's depravity is another man's ingenuity.

And sure, maybe you can object to her giving a razor blade to her sidepiece. What with him being incarcerated and all. I imagine one of the first safety rules you go over when you become a corrections officer is the importance of not giving prisoners things they can slice throats with. It's the "Don't Run With Scissors" of prison employment. And while less of a safety issue, giving him a phone so you can have phone sex with him is simply unfair to the other prisoners who have to pleasure themselves just from memories like they're Amish or something.

But like Tina's lawyer said, it was not her intention to bring any harm or danger to the employees in the jail or anyone else in the jail. Period. End of discussion. If a guard or another inmate happened to be maimed or murdered, it would've been an accident. You can't put that bad juju on her.

Besides, her marriage was having problems. What did you expect her to do? Go to counseling? A couple's retreat, perhaps? Try some new wrinkles in the bedroom to spice things up like half the articles in Cosmo suggest? She did the only logical thing she could do. She started having sex with a guy in front of prisoners in the jail where she worked, gave her boyfriend weapons and a phone and tipped him off as to when his cell was being turned over so he could keister the contraband. Like any rational person would under the circumstances. Totally understandable.

Look, not to get political, but prison reform is a huge hot button issue now. Maybe if we had more turnkeys like Tina Gonzalez, working with these inmates and trying to make prison life more tolerable, then perhaps they'd get out of jail and be more productive citizens. Better able to assimilate back into society, instead of becoming reoffenders.

On the other hand, maybe the opposite. It's possible that if they're having this good a time, they might just want to get back in. I'm sure if Bill Cosby was assigned to Officer Gonzalez's cell block, he would've dropped his appeal. It's a complicated issue, obviously. All we can do is hope that the guard assigned to her in women's prison is as good to her as she was to these guys.