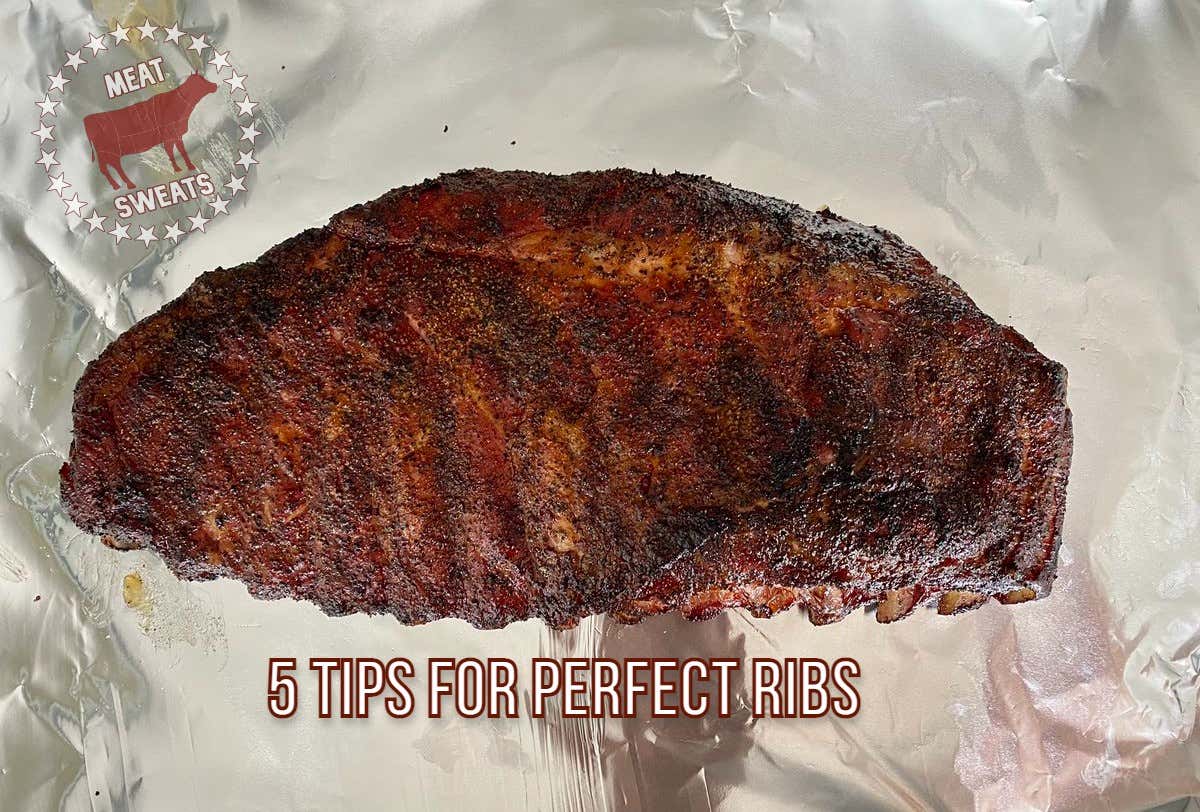 The 4th of July is quite possibly the best holiday on the planet. You've got great weather, it's always accompanied by outdoor cooking and outdoor boozing, and we all get to celebrate living in the greatest nation on the planet. There's nothing to not love about the 4th. Unless, of course, you're at a cookout that is serving up some dogshit ribs that somehow manage to fall completely off the bone while still being dryer than your DMs.

Now plenty of folks are perfectly content with just sticking to the standard hot dogs, hamburgers, and maybe some grilled chicken for the 4th. But if you're busting out the smoker to throw a few racks of ribs together, you want them to be great. You want those ribs to be the one thing that everybody is still talking about when the day is winding down towards an end. Sure, you're cooking for everybody else and you want them to be happy with their meal. But let's not act like you're not cooking for your own ego. It's all about the compliments you get throughout the rest of the day. So here's how to make sure you rack up as many compliments on your ribs this Sunday.

1) It all starts with a good trim.

Rib trim isn't nearly as involved as something like a brisket. There's not a ton you're going to have to do to clean up your ribs, especially if you're buying them from a grocery store. If you're getting them from a butcher, you can always ask them to do the trimming for you. But I always prefer to have them just leave as much on there as possible so you can sculpt those ribs exactly the way you want them to look.

The only thing you really want to focus on is making sure that you get a nice, smooth shape going. Make sure to trim off any pieces that seem like stragglers that'll just end up burning up while they're cooking. You don't have to worry about removing much fat on the top of the ribs unless there's a massive patch. And then on the backside, it's totally up to you on whether or not you remove the membrane. People who say you HAVE to remove the membrane don't know shit, and people who say you should NEVER remove the membrane also don't know shit. Just go with whatever you prefer. Personally I leave it on there but I end up scoring the membrane. That way you can get smoke to penetrate through, but the membrane is still there to hole the ribs together in the end.

You don't need a super secret rub. You don't need some crazy concoction of spices that has been passed down in your family for centuries. You don't even need to break out any measuring devices. All you need is salt, pepper, paprika, and if you really want to get crazy then you can throw a little garlic or chili powder in there. But for the most part, the more simple you keep the ribs the more people will love them.

Personally what I like to do is salt the ribs a few hours before throwing them on the pit. The salt will brine the meat, making it a little more tender and can hold more moisture. Plus there will be some moisture that gets pulled out to the surface of the meat so you don't need to slather the ribs in mustard or anything like that before throwing on the rest of the seasoning. It'll have plenty of moisture to stick on to.

3) Cook for color and feel, not time and temperature

There are so many recipes out there that call for you to cook at a specific temperature for a specific amount of time. That's cool and everything for that specific cook, but yours is going to be different. Maybe it's hotter or colder outside for your cook than it was for that recipe. Maybe the air pressure is different, maybe it was raining earlier in the morning, maybe your ribs don't have quite the same amount of meat on them as the ones for the recipe. Long story short is that recipes are just a guideline. So if you're throwing some ribs on the pit for the 4th, don't fall into the trap of getting the smoker locked in at 225 degrees and smoking them for 3 hours before taking them out and wrapping them for another 2 hours and then just figuring that your ribs are going to come out exactly the way they should.

Instead, just smoke the ribs until you see a rich, dark mahogany color on the outside. Wait until the ribs have a little give to them and you can start to see some of the muscle fibers coming apart before throwing them in the wrap. Honestly I think wrapping ribs in aluminum foil for anything over an hour is a fast track for putting out some overdone ribs for everybody to sloppily eat through. So the longer you can go without wrapping, I think the better.

Again, ribs are totally different than something like brisket. For a brisket, I'd say you should let it rest for 2 hours at a minimum but realistically you should go for something closer to like 5-8 hours. Ribs you can get away with only resting for an hour or so after they're done. But that's still going to be an important hour or so to let the meat start to bring back all of the moisture you were just squeezing out of there. So if all the boys are coming over to start eating at 5, just make sure you have those ribs done by at least 4.

Let's say you did everything perfectly. You started off with a good trim. You seasoned your ribs appropriately. You threw them on the pit for a few hours until they developed a good color and were just starting to get tender, you wrapped them in some aluminum foil with just a bit more rub and a few drizzles of honey, and then you pulled them off the pit when you could tell the ribs were tender enough to melt in your mouth but not too tender to the point where they just fall completely off the bone.

Everything you did kicked ass. And you should feel good about yourself. But don't skip the final step of slicing the ribs individually for everybody to enjoy. You don't want to hand someone half a rack of ribs and then force them to tear through them like a neanderthal. Slice the ribs right between the bones and show off what you're working with. The meat is feathered, the bark is holding together, the smoke ring is there for everybody to ooh and ahh over. And then everybody can bite into their individual rib and not have to fight to get the meat off the bone, but also not end up with half a rib all over their shirt.

And there you have it. 5 super easy tips to follow to make sure that everybody loves the shit out of you this 4th of July when you put your delicious meat in their mouth.

Wait until after you're done cooking to get totally blacked out. A few beers during the cook are perfectly acceptable. In fact, they are perfectly encouraged. But just stick to getting a buzz one while you're cooking, and then you can properly get in one afterwards.