This news broke yesterday after we had already recorded Redline Radio. I will admit that I had an emotional reaction on the internet that was probably uncalled for. I can totally understand why Duncan Keith wants to be traded to a team in the Pacific Northwest. I assume he wants to go to a team that is good and closer to home. Very few teams meet that requirement. One is definitely Edmonton. The other, which is much closer to home is Vancouver(if you believe in their young core of Boesser, Horvat, Petterson, Hughes, and Demko will bounce back...which I do). I am sure when Duncan Keith closes his eyes and thinks about playing in Vancouver he envisions something like this

Which I get. That's his home. His son lives there. It is stunningly gorgeous in Vancouver, BC. When I close my eyes and think of Vancouver I only see this 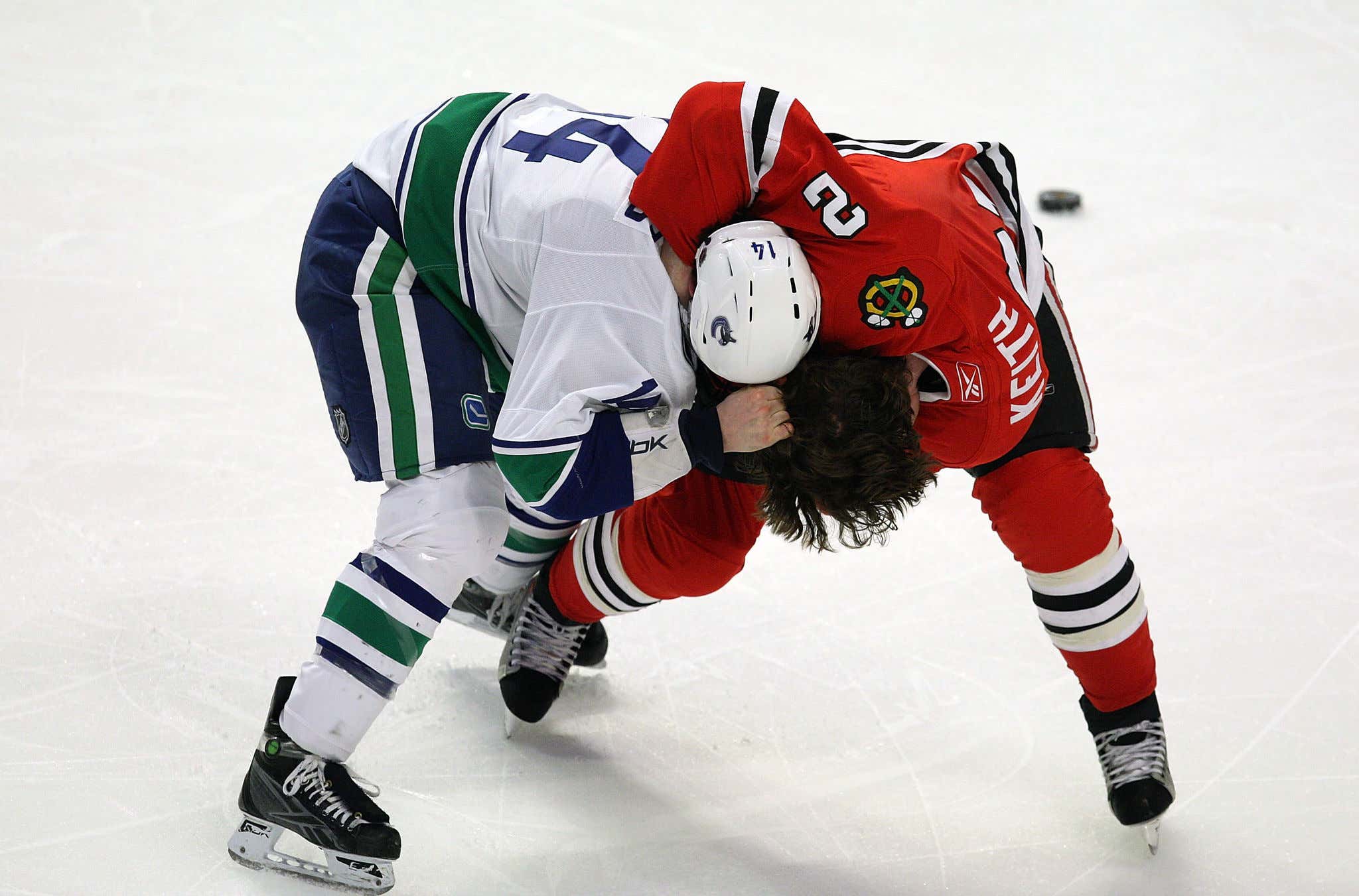 If Duncan Keith does get traded I will need the Canucks to go back to the Bure black and yellow jerseys full time because I can't stomach the thought of Keith wearing green and blue and inevitably kicking the Blackhawks ass while doing so. That is a fear that I just can't get out of my head. It won't ever sit right with me.

Having said all of that…if Duncan Keith is traded and his $5.4M is removed from the ledger the Blackhawks would have $16.275M available in cap space when you just add up Keith, Seabrook, and Shaw going to LTIR. The Blackhawks would have enough financial flexibility to really change their defense. They could in theory go get BOTH Dougie Hamilton and Seth Jones. Then the right side of your defense next year would be Jones, Hamilton, and Murphy. That'd free you up to trade one of the defense prospects in a deal for Jones obviously to remove some of the log jam. The Hawks, in theory, could have this as their defense next year

You could do a lot worse than that group. I still think strategy and deployment of those players is going to be an issue, but on paper that is a group that should be in the top half of the league. It's going to be a wild summer. So many wild cards with the expansion draft, entry draft, big trade rumors, a flat cap, and you know…a scandal that could gut the entire organization.

I am VERY interested to see the timeline and findings of the Blackhawks internal investigation. Is this investigation just being used to buy time during the summer months with all of the activity that needs to happen? Are they going to make the findings public? Is Danny Wirtz going to clean house? Could he hire Jeff Gorton? How this summer plays out will set the course for the next decade for the Blackhawks. On the ice and off of it. We talked about all of that on Redline Radio today. Listen to the full episode here