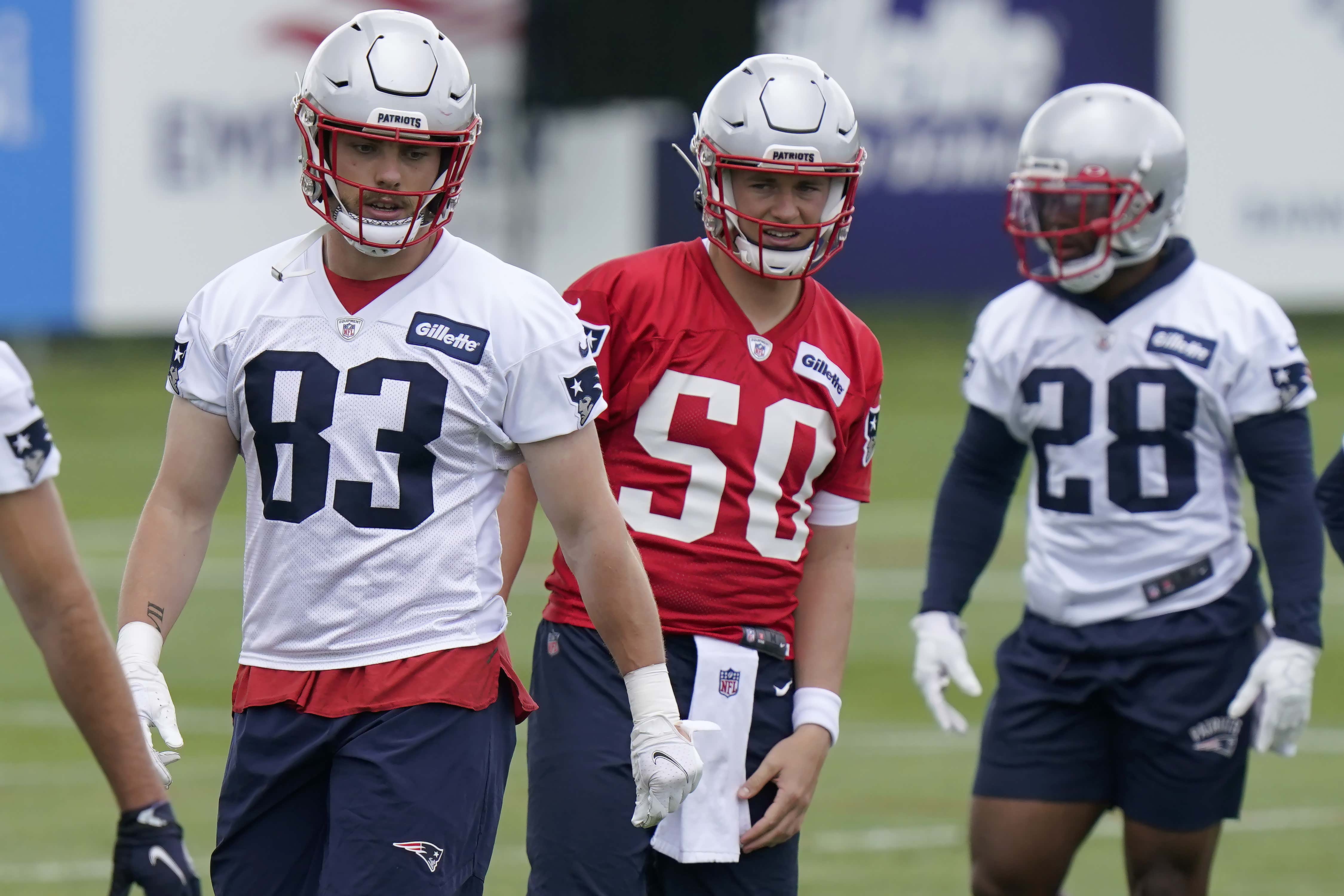 If a lifetime spent carefully watching NFL training camps, rookie seasons in any sport, and prison movies has taught me anything, it's that being the New Guy is rarely easy. If ever.

That's especially true in New England. Not that they take bets on which of the Fresh Fish is going to break down in tears first, like when it was "Fatass by a nose!" in Shawshank. But there is still a process of having to work to earn respect in Foxboro. Patriots rookies have to carry pads. Get their hair shaved like lobotomy patients. Have to do the Slip & Slide thing in the mud while getting hosed down by the veterans. As fraternity hazings go, it's more civil than frat boys doing things with pledge's butts, but it's not nothing either. Trust must be won. It is not given.

And as part of that initiation process, you will never hear a rookie singled out for anything. New Guys are to be seen and not praised. Ask the head coach about a particular draft pick, and even if you waterboard him, you won't get any more info out him than, "He's working hard. Like everyone else he's trying to improve day to day …" Followed him changing the subject to the entire team and not some 22-year-old who's never taken an NFL snap. And where the particular player was drafted is of zero consequence.

That's a philosophy that has permeated the whole rest of the franchise for 20+ years. Coordinators and assistants, key veterans, depth guys and roster bubblers. No rookie gets anything other than the "He's putting in the work" treatment.

That is, until this one particular rookie. Who has impressed his veteran teammates enough that they are absolutely singling him out.

Mike Giardi, NFL.com - [A]fter an uneven campaign with [Cam] Newton under center, a legit competition is on tap for the summer of '21, especially after what we witnessed this spring, with rookie Mac Jones looking every bit the part of the first-round draft pick he is. …

It's not just the physical that stands out. The Pats have thrown everything at Jones, and his grasp of a playbook that's over 20 years in the making has been impressive. As one offensive teammate told me, "Mac sees the game the way (offensive coordinator) Josh (McDaniels) sees it."

There are those inside the building who would tell that player to slow his roll, that it is way too early to know if Jones is fully ready for what lies ahead. But the belief is that once Jones is able to slow the game down consistently, he has the other necessary attributes to go from quarterback of the future to quarterback of the present. But just how soon can that happen?

"Mac, he's a young guy, but you can't really just refer to him as a young guy," right tackle Trent Brown said at the end of minicamp. "You can tell he's been at a place where (he got) some coaching. I think he's going to be special here in the future."

"Good energy. Awesome guy. Can feel his leadership already," said new Pats wide receiver Kendrick Bourne during OTAs. "He has a swag to him that I didn't know he had at first."

If you'll excuse me for a moment …

That didn't take long, believe me. Even at my age.

Look, I get that maybe the smart thing to do is not get too far out over our skis by reading too much into these comments. Every relationship that ends horribly began with enough good first impressions to warrant an actual relationship. So maybe a few words of praise from a few veterans is just their way of being nice to the noob.

Except that this is not the way it's done around here. Not for anyone. Jimmy Garoppolo never got these sorts of plaudits. Neither did any of the 1st rounders, from Richard Seymour in 2001 to N'Keal Harry in 2019 or anyone in between.

Except that this is exactly what the scouting reports said about Jones. That he has a command of the pro style offense he played at Alabama. That he's smart and a quick learner. That he's mature beyond his years. That he took coaching from one of the most demanding guys to ever wear a whistle.. That he's a leader who commanded a huddle filled with top tier talent for the Crimson Tide. i don't remember specifically hearing about his "swag." (And if we're being honest, that word has gone up my crack sideways ever since 2002 when Belichick reportedly read one of his players use it in the newspaper and told the team, "If you fucking think about it, we didn't have a swagger. What we had was a sense of urgency, a sense of urgency about playing well, being smart and capitalizing on every opportunity and situation that came our way. It wasn't about a swagger. You can take that swagger and shove it up your ass, okay?") But if Kendrick Bourne, who went to a Super Bowl behind Jimmy G, is detecting an innate, indefinable quality of confidence and poise in his new QB, I'm not one to doubt him. (Or nitpick his word usage.)

The thing is, this might seem like sticking a two-footed landing on the Jump to Conclusions mat. But the rest of us are operating on a much shorter sample size than these players have. I'm basing my evaluations of Jones on the two times I've seen him in practice and the limited number of reports from the other times the media has been there. His teammates have been with him in those OTA sessions and others, before and after practice, in film sessions and meetings. And they are going over and above the usual platitudes with the word "working" mixed in like we're used to.

So am I reading too much into this? Possibly. Probably. But that doesn't mean there's not some truth to what they're saying. The Patriots on the whole are impressed with what they've seen of Mac Jones so far. And as we get into July, I see zero reason not to feel great about that.