The lady who caused a devastating crash in the first leg of the Tour De France has been reported to have escaped any repercussions for causing the 30 bike pileup and escaped to another country within the Eurozone.

The Tour De France Deputy Director had told the media they planned on suing the individual who they suspected was German due to her sign which read, "Go, Grandpa, Grandma" while using both French and German words.

Spectator interference was always a concern for the Tour De France as we see in this informational video specifically made to prevent these occurrences.

The French police are apparently hot on her tail on social media searching through pictures to find her identity. I'm going to be honest I have 0 confidence in French authorities. Like their country routinely still has art heists and like cartoon-type crime, it's almost as if they want to keep all the Scooby-Doo/Pink Panther-type stuff happening. Inspector Clouseau is the standard-issue French investigator, but unlike the movies, they never solve any crimes. This lady literally hopped on a plane probably at the closest airport to the race and disappeared. That is unbelievable that she got through security and no Frenchmen were at the airport to prevent escape. They are saying the lady was German but I think the French like blaming things on Germans for obvious reasons. The lady took out a German biker Jasha Suetterlin so who knows, I have a feeling she is Swiss because she used a Franco-German dialect typical of Switzerland. The Swiss also always get away with all sorts of shit. They just do stuff and pretend they are neutral and uninvolved all the time. Is it that easy to commit crimes in Europe where you can literally hop on a plane right after and all the investigating authorities are just sitting there twiddling their baguettes? 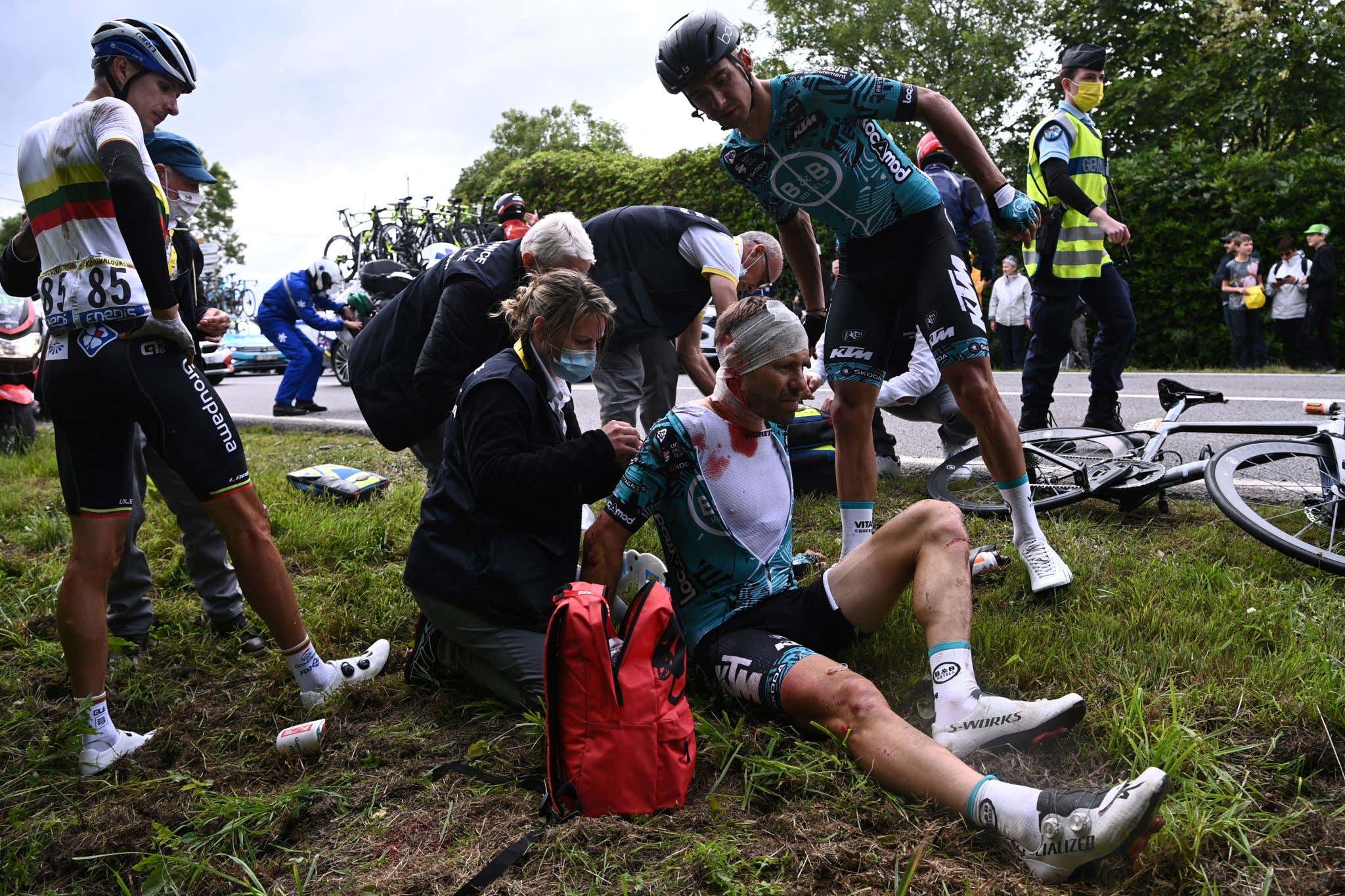 There is also a spin zone…

This lady could be a plant and was sent by the Tour De France people to cause a crash to damage all the delicate mini-motors cyclists have been planting in their bikes in the post-steroid Armstrong era of the sport.

No, seriously this has become a problem in cycling, Cyclists are getting caught using PEDs in themselves but now they are cheating by putting tiny motors in their bikes called "mechanical doping", the extra push lets them rest on straightaways longer and be able to pedal less to conserve energy.

Check out this guy's wheel that's still spinning when he lifts his bike up.

Do you know what would be a good way to render the tiny delicate motors useless?

Stage a crash that the impact would mess up any motor in the bikes before they can be used to get an advantage.