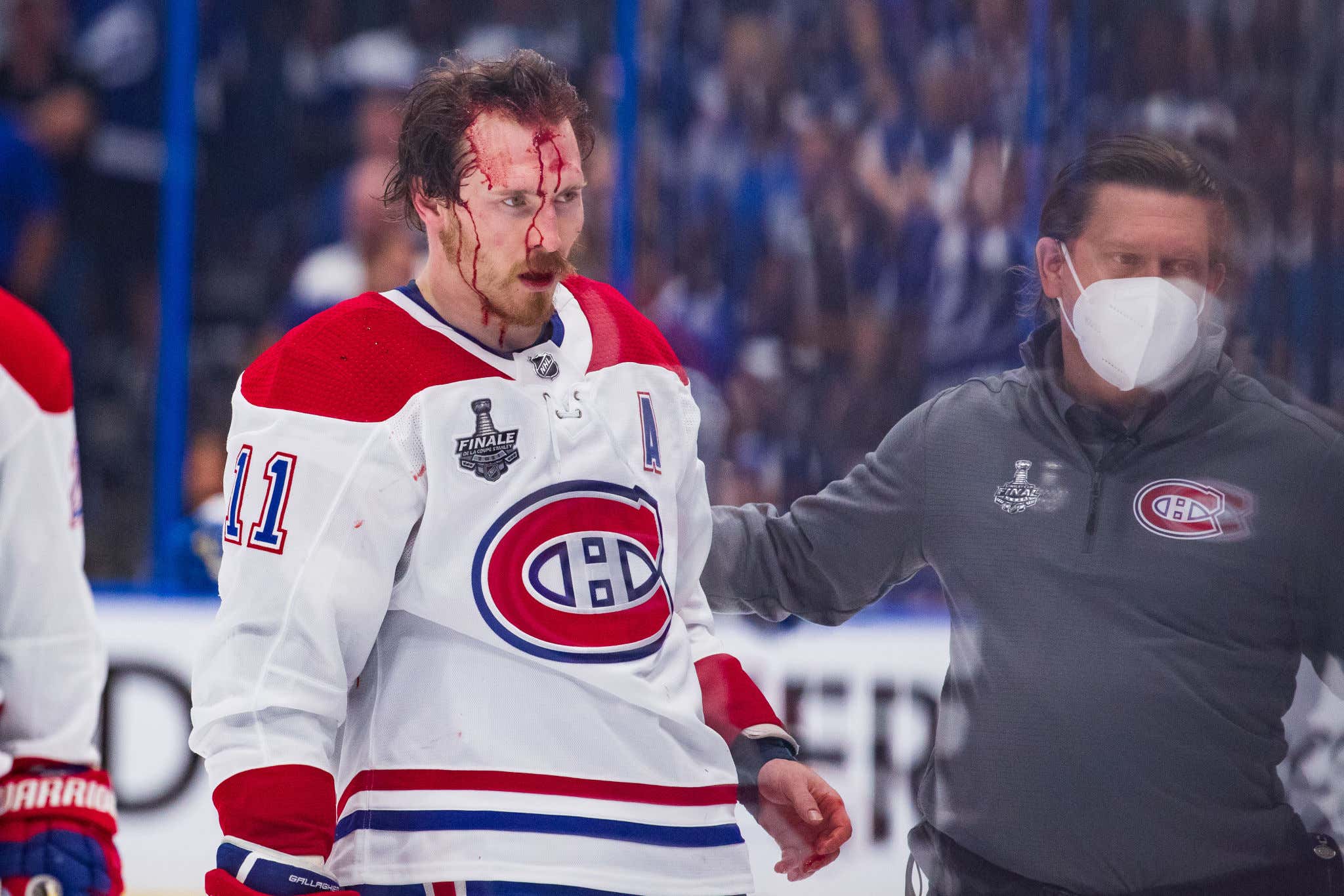 Last night we got a chance to witness just how lethal a team playing $18M over the cap can be. Game 1 of the Stanley Cup Final and the Tampa Bay Lightning looked every bit of a wagon that they are supposed to be. And that's not a knock on the Bolts in the slightest. If you're going to have that massive payroll, the least you can do is get your money's worth. I know for a fact that if the Flyers were 18 million over the cap, they'd have at least 7 dudes who are egregiously overpaid and don't produce a damn thing.

So good for the Tampa Bay Lightning for taking game 1 in the series in pure shit pumping fashion with a 5-1 win. Unfortunately for Tampa, however, history often has this funny little trend of repeating itself. And history might not be on the Lightning's side for this one. Because now the Habs are playing with the spirit of Marty St. Louis. 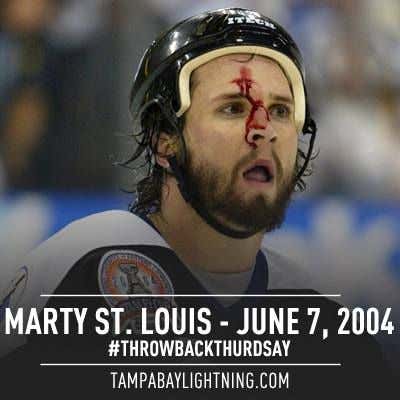 This was one of the images from the '04 Cup Final that will live on forever. Marty St. Louis taking a stick up high and having a steady stream of blood pouring down his face. Now let's take a look at all the similarities.

1) Tampa Bay Lightning playing against a team from Canada in the Stanley Cup Final.

3) One of the shortest, yet toughest, players on the ice ends up donating blood to the ice from their skull at some point during the series.

Long story short, turns out in 2004 the team that got shelled game 1 in Tampa Bay and had the short dude leaking profusely from their noggin ended up winning the Cup. So as long as history continues to repeat itself, Brendan Gallagher is going to get his blood stains all over Lord Stanley's Cup in 9 or so days.

Sidenote: How fucking nasty was this shot from Stammer?

He got robbed glove side by Price earlier in the night. This time he goes so short side that Price never had a chance to get over in time. Piss missile.