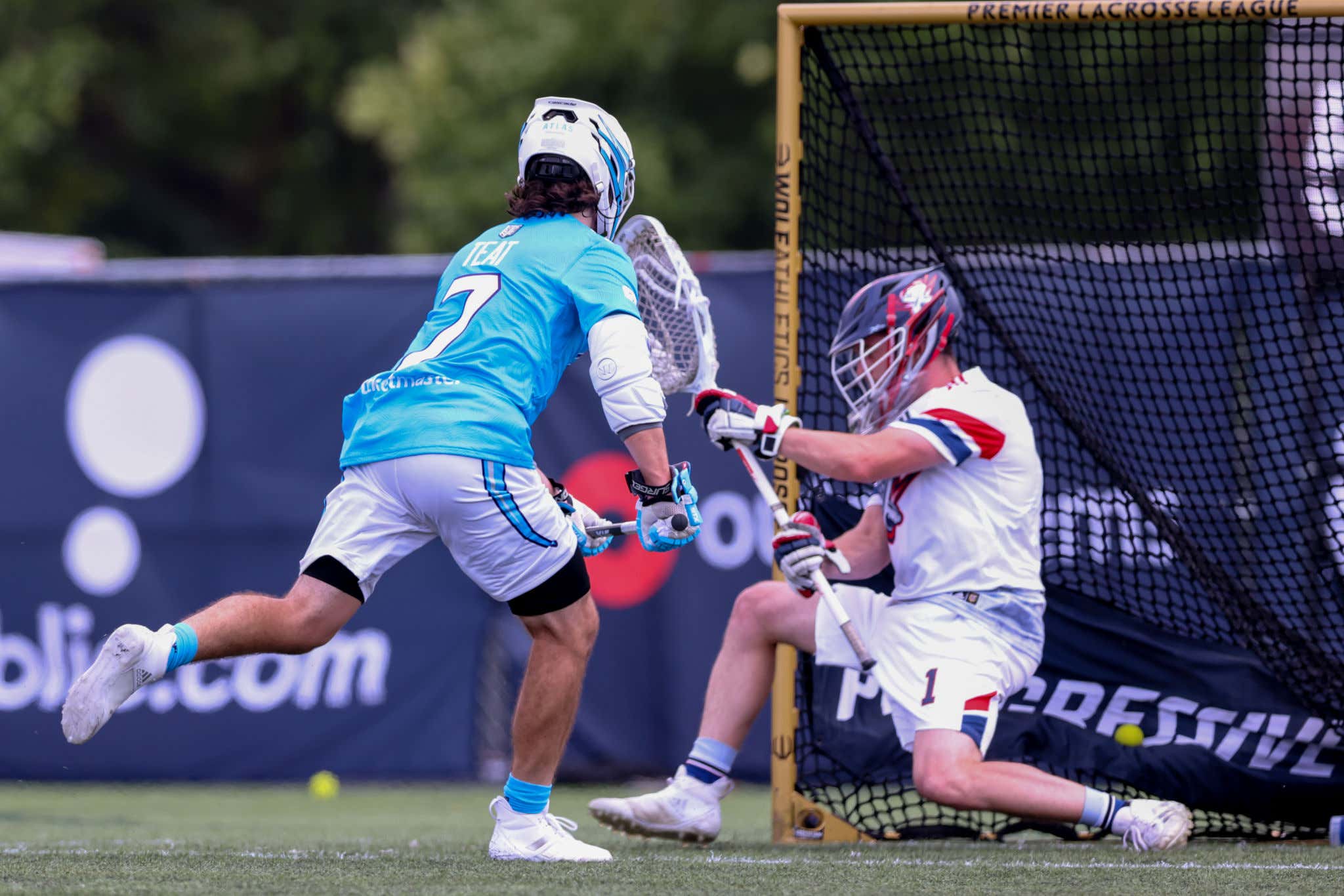 I have a sneaking suspicion we're going to be getting a lot of "who?" responses in the comment section. Which is all well and good and everything. I mean bragging about being an ignorant dumbass has never really been my thing, but it appears to be a timeless classic amongst lacrosse haters everywhere.

But for everybody who doesn't know, Jeff Teat was the 1st overall pick in the PLL Draft this year. He was originally drafted last season, but chose to head back to Cornell for his 5th year of eligibility after COVID. The only issue is that Cornell is run by a bunch of dorks and the Ivy League didn't have a season this year. So he decided to go back to Cornell just to have to not play lacrosse for a full year. And on top of all that, Jeff Teat is Canadian. And considering Justin Trudeau is an idiot, a bunch of Canadian players weren't available to travel for the first 2 weeks of the PLL season this summer due to those travel restrictions.

So this past weekend was the first chance we've got to see Jeff Teat play lacrosse in well over a year. I'm pretty sure it was like 470 some days or something like that. Naturally it was going to take him a little time to get himself going in his first game back in over a year. But luckily the Atlas had 2 games on the schedule this weekend. And what did we get out of Jeff Teat in game #2?

Oh I don't know, how about a casual 7 goals and 2 assists to lead the Atlas to an 18-17 win? Is that good? Is 9 points in your 2nd professional game a new high score? Did he break the game?

You have to realize that this wasn't just a good lacrosse player having a really special day. This is just who Jeff Teat is and it's what he does. When you think about the greatest pro lacrosse players ever, there are 2 massive Canadian names that are always in the conversation. Gary Gait and John Grant Jr. This maniac is going to be the next one on that list of names. Must be nice.

Sidenote: Waterdogs getting shelled on national tv can't be great for the brand. #PMTout.